Share
The new Cohiba 55 Aniversario Edición Limitada is one of the fattest Cohibas ever commercially released.

Cohiba, the world’s most famous cigar brand, turned 55 years old last year, and Habanos S.A. announced that there’d be an anniversary smoke to celebrate the occasion. Now, a year later, the commemorative Cohiba is finally getting its launch party.

Called the Cohiba 55 Aniversario Edición Limitada 2021, the new cigar is scheduled to be unveiled on May 14 via Phoenicia Trading A.A., a regional Cuban cigar distributor based in Cyprus with one of the largest territories in the world. It will be launched virtually through Phoenicia, and the event is scheduled to include many keynote speakers including Phoenicia president Mohamed Zeidan and Phoenicia’s CEO Walid Saleh, as well as Habanos co-presidents Inocente Núñez Blanco and Luis Sánchez-Harguindey.

Measuring 5 7/8 inches by 57 ring gauge, the Cohiba 55 Aniversario is known as a Victoria in Cuban cigar factories, and comes in 10-count boxes. 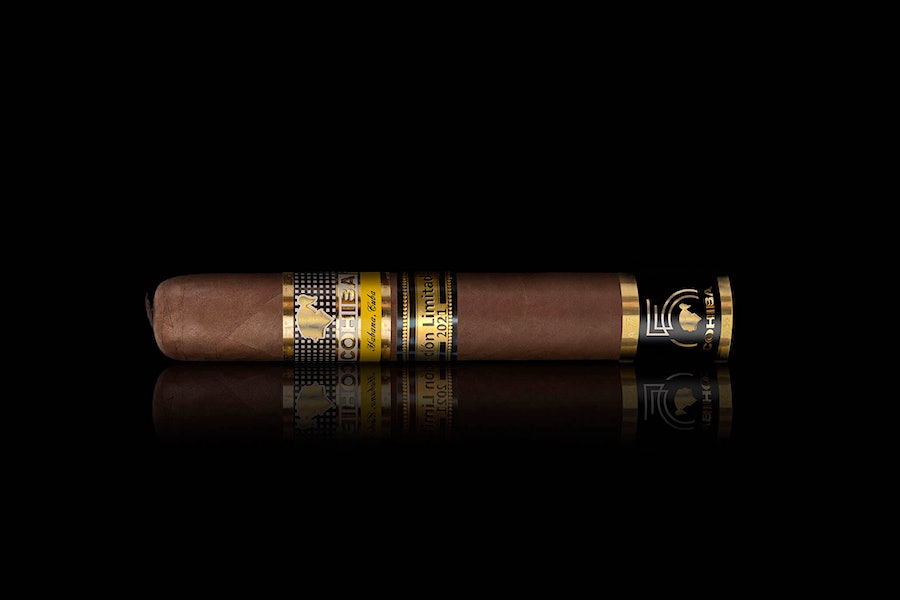 In addition to the virtual launch, there will be 13 physical launch parties in 13 different countries. The events at each country have limits of only 55 people per party. Most of the launch parties will take place in countries within Phoenicia’s distribution, including:

Cohiba’s anniversaries tend to be treated with expensive releases. When the brand turned 50 years old in 2016, Habanos released two different commemorative humidors: the Majestuoso 1966 and the larger 50 Aniversario. On its 40th birthday, Habanos released the Cohiba Behikes. They were very expensive upon release, but today, at auction, these full humidors go for tens, if not hundreds of thousands of dollars.

There’s no official word as to when the rest of the world will be getting their allotments of the Cohiba 55 Aniversario Edición Limitada 2021. The retail price will vary from country to country.

To register for an event, go to www.cohiba55.com.