The PCA trade show is back this year, and several cigar manufacturers are offering special releases that will only be available to retailers who attend the convention, which starts this week. Below is a list of cigars billed as “PCA exclusives,” created as an incentive to encourage attendance and show support for the organization. Some will be available in cigar shops fairly soon, while others will appear later in the year, some as late as the fourth quarter. And a few are quite limited in production. While this list represents the lion’s share of exclusive smokes, a few cigars won’t be unveiled until the show starts.

7-20-4
The 7-20-4 Hustler Five & Dime is a barber pole toro with a dark, Mexican San Andrés wrapper contrasting with a lighter leaf of Cuban-seed Brazilian tobacco. A spinoff of the company’s core brand, The Hustler Five & Dime is made with intertwining wrappers that adorn a Sumatra binder and filler from Nicaragua and Pennsylvania. At 6 inches by 52 ring gauge, the toros retail for $12.50 each and are made by Jesus Fuego in Nicaragua. Only 1,000 boxes of 10 will be released.

ACE Prime
This will only be ACE Prime’s second PCA trade show, but the company has racked up some high ratings in the last two years. Made at Tabacalera Pichardo in Nicaragua, The Sergeant is not only a PCA exclusive, but is also an homage to the U.S. military. It comes in one size, 5 by 58, and is blended with an Ecuadoran wrapper, Connecticut shade binder and Nicaraguan filler. The cigars come in 20-count boxes and retail for $10.50 each. 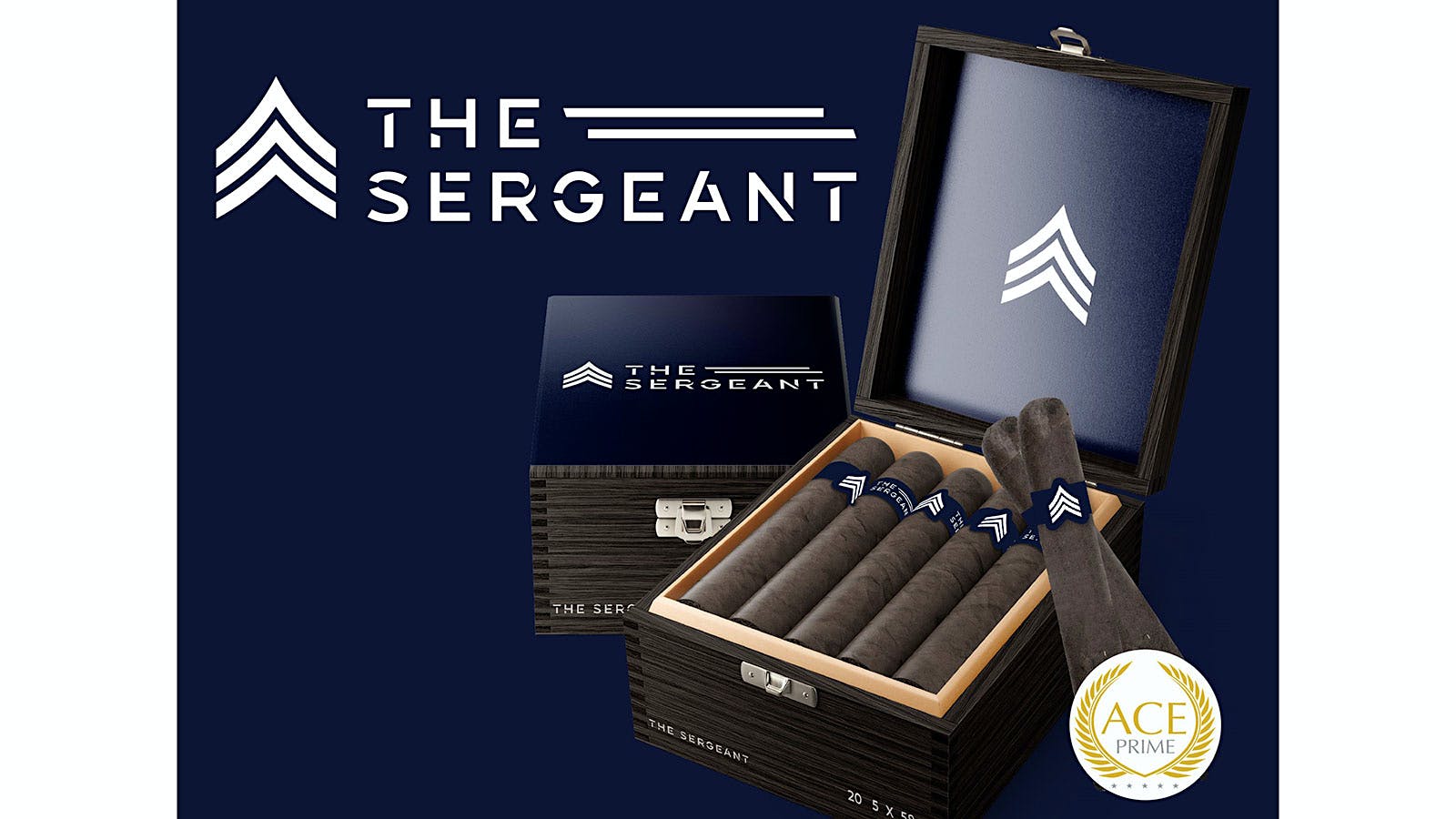 Aganorsa Leaf
Aganorsa Leaf Aniversario Maduro began as a single size, but the company has expanded the brand this year, and the new, 6-by-54 Toro is a PCA exclusive. At $13.75, it comes in 10-count boxes, and only 1,500 boxes will be produced. It’s an all-Nicaraguan blend that features a shade-grown Corojo maduro wrapper grown by the company.

Alec Bradley
The only box-pressed size in the Magic Toast line, the Box-Pressed Gran Toro is a unique vitola that measures 6 by 54 and has a suggested retail price of $11 each. Like the rest of the Magic Toast brand, the cigar features a dark Honduran cover leaf over two binders—one from Honduras and one from Nicaragua. The filler is a blend of Honduran and Nicaraguan tobacco. Only 1,000 boxes of 24 will be released.

Black Works Studio
Boutique cigarmakers Black Works Studio operate out of the Fabrica Oveja Negra factory in Nicaragua and the company is offering an eye-catching cigar to PCA attendees called Hive. The wrapper is an artistic weaving of different leaves from dark Ecuadoran maduro to tan Connecticut to green candela all combining for a whimsical effect. The binder is Honduran and the filler, Nicaraguan. Hives will retail for $12.50 each and come in boxes of 27.

CLE Cigar Co.
Featuring a wrapper that brand owner Christian Eiroa calls Cameroon de Jamastran, the Eiroa PCA Excusive 2021 is made with a Cameroon-seed cover leaf grown in Honduras, Mexican binder and filler from Honduras and the Dominican Republic. It comes in three sizes: 5 by 50, 6 by 60 and 11/18, which is an unusual figurado shape that bulges in the middle. Retail prices range from $16 to $18 each.

The Asylum PCA Exclusive 2021 comes in the same three sizes (and prices) as the CLE, and is made with a Honduran wrapper, Honduran binder and a blend of Honduran and Dominican filler. “What makes these cigars interesting is that we don't use any seco at all except for the binders,” Eiroa said. “These cigars are meant to pack a good punch.”

Both the Eiroa and Asylum are made in Honduras at the El Aladino factory.

Crowned Heads
Translating to “pastry chef” in French, Le Pâtissier is an entirely new brand made in one size, a 6 1/2-by-44 lonsdale. It’s topped with a Connecticut broadleaf wrapper, Nicaraguan binder from Jalapa and filler from Costa Rica and Nicaragua. The cigars, which are made in Nicaragua by Tabacalera Pichardo, will retail for $10.50 each and are packaged in 20-count slide-lid cabinets. 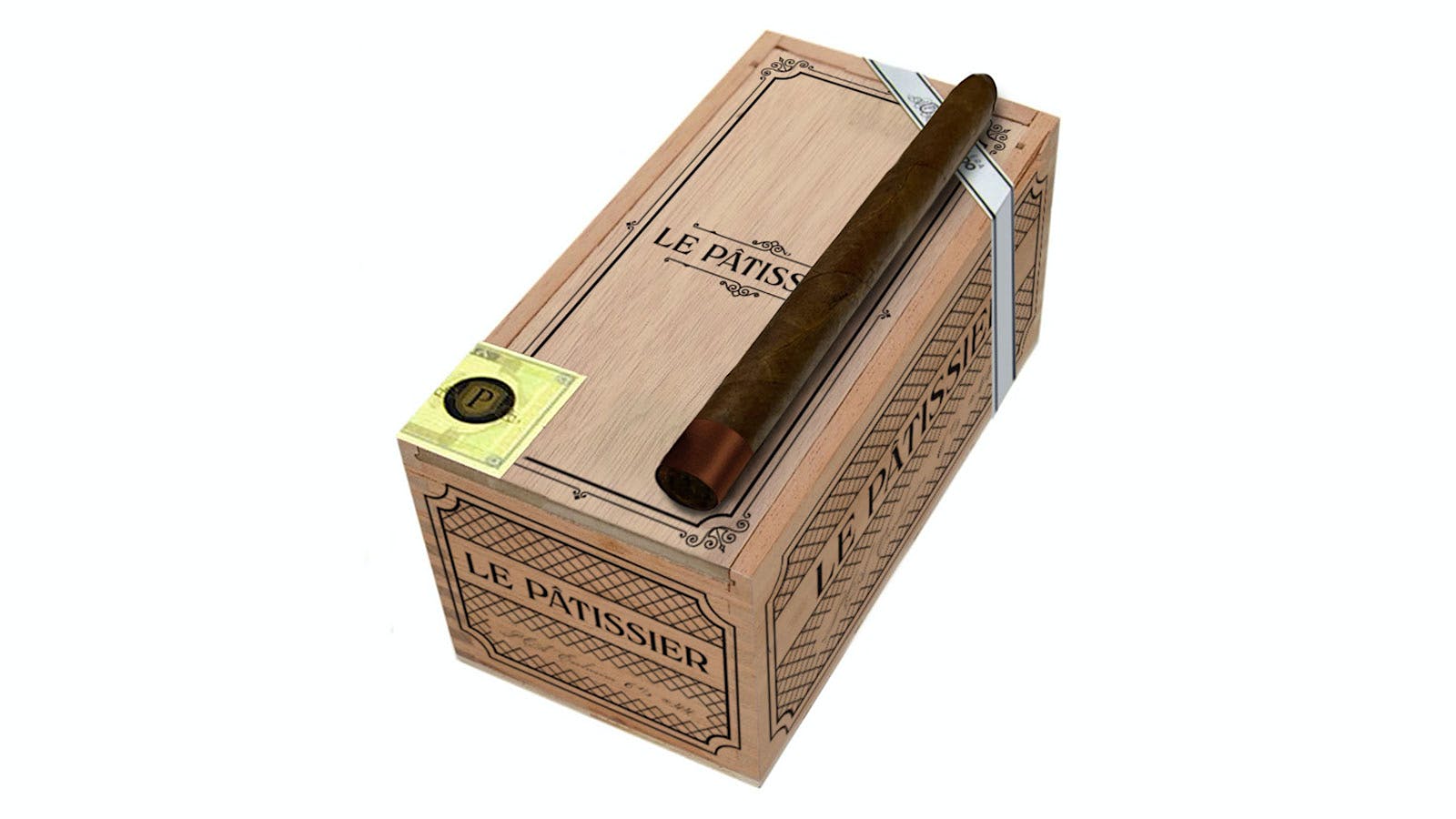 Crux Cigars
Crux’s PCA exclusive is aptly named Crux Limitada “The Show” and this year it’s coming in a 5 by 52 size called the Box Press Marblehead. It consists of a Nicaraguan wrapper, Connecticut broadleaf binder and filler from Nicaragua and the Dominican Republic. They come 20 per box and retail for $11.99 per cigar. Only 1,000 boxes are being produced. Made in Nicaragua at Plasencia Cigars, the cigar is made with a tapered, 109-style cap that Crux refers to as a “marblehead.” Crux has been releasing “The Show” every year since 2016.

Illusione Cigars
Dion Giolito, who owns the Illusione brand, has taken the cg:4 size from his core Original Documents line and made it into a candela version. At $9.90 each, the cigar is rolled in Nicaragua at the Aganorsa Leaf factory, measures 5 5/8 by 46 and consists of only Nicaraguan tobacco. This isn’t the first green Illusione. Previous candela releases include the hl, 88 and 888 sizes.

La Palina Cigars
Made in limited quantities each year, La Palina’s Goldie line is getting a 6 1/2-by-48 Prominente, which is made in Miami at the El Titan de Bronze factory in Little Havana like the rest of the brand. It’s rolled with the Goldie’s signature flagtail cap and consists of an Ecuador Habano wrapper, Ecuadoran binder and filler from Nicaragua and the Dominican Republic. Only 300 10-count boxes are being released. The Prominente has a suggested retail price of $23 and is a follow-up to last year’s Goldie Laguito No. 6. 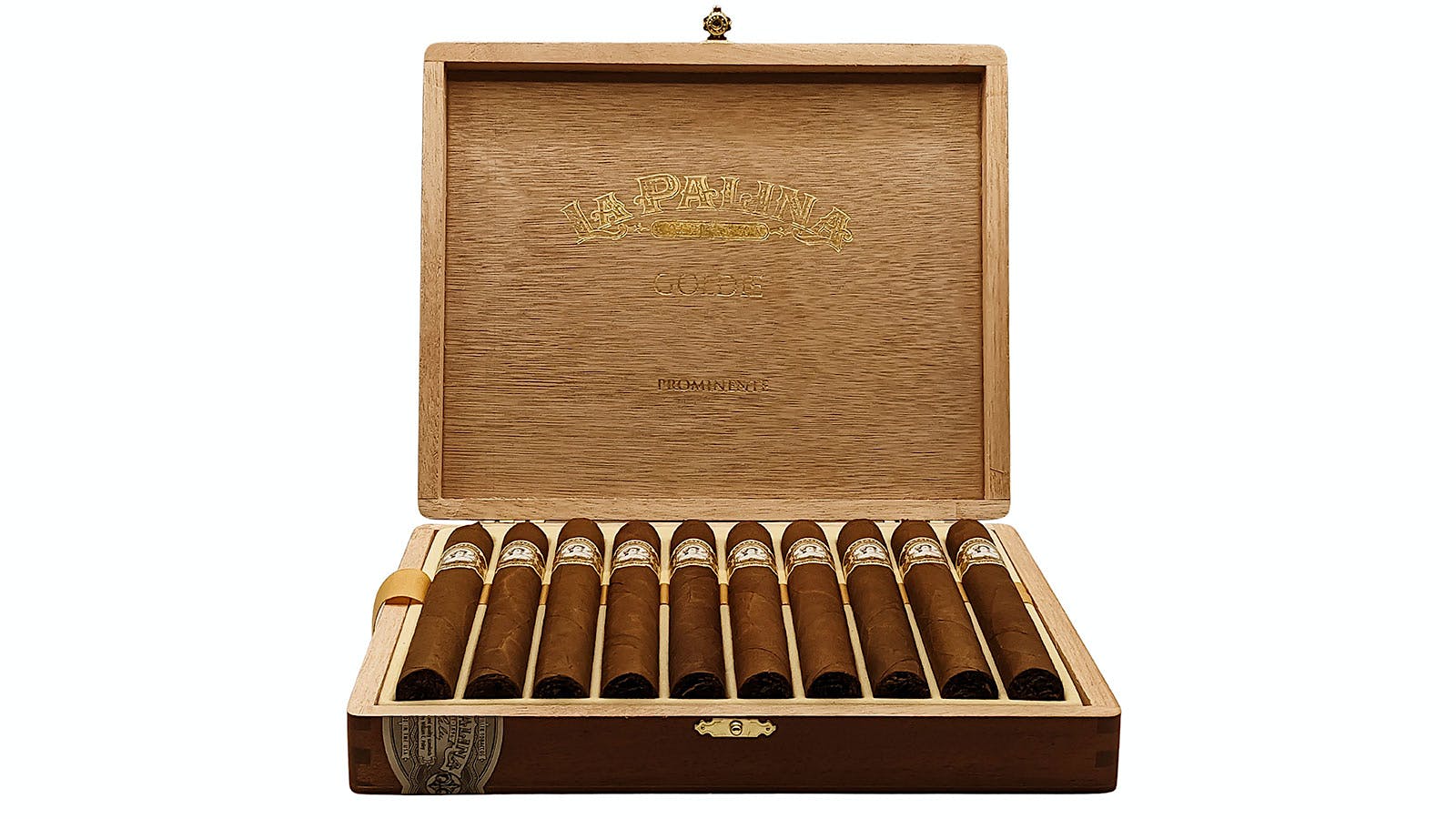 My Father Cigars
My Father plans on having a PCA exclusive, but details on the release won’t be available until the show begins.

Padrón Cigars Inc.
The company known for box-pressed cigars is adding a short, fat and rounded size to one of its upper-echelon lines. The Padrón Family Reserve will be getting a 4 3/4-by-60 cigar called the No. 95. It’s made with some of the company’s oldest tobaccos and honors the late company founder José Orlando Padrón. Prices have yet to be determined, but if it’s like other cigars in the Family Reserve line, it will not be cheap.

Rocky Patel Premium Cigars
The Rocky Patel ALR Second Edition, which was first released in 2019, only comes out in limited quantities once a year, and this year, it’s only going to retailers who order it at the show. The letters ALR stand for “Aged, Limited and Rare,” and the company says that the cigars are aged for two years before being circulated into the market. They’re made at Patel’s TaviCusa factory with a core of Nicaraguan tobacco and Mexican San Andrés wrapper. Available in three sizes—Robusto, Toro and 6 by 60–the cigars retail from $13.65 to $15.75.

Rocky Patel is also offering the ALR Second Edition in a new size called the Bala, which is an unusual 5 3/4 by 58 perfecto found in the Tabaquero Hamlet Paredes line. It’s a tapered cigar rolled with a closed foot that’s been pre-punched. These come in 100-count humidors that will retail for $2,400. (Note: The Rocky Patel 60, once described as a PCA exclusive, is now going to be available to all retailers.)

Tatuaje Cigars
Tatuaje’s PCA exclusive will be unveiled at the trade show.