Independence Day is a perfect time to enjoy a cigar. The weather is warm, it’s time to get outside and everyone is in the mood to relax and enjoy. But while any good, handmade cigar will make you happy, we have selected several standout smokes that have an American theme, making them perfectly suited to this most important of U.S. holidays.

The American (Pictured Above)

It’s impossible to create a cigar brand that’s more “Made in the U.S.A.” than The American, from the 124-year-old J.C. Newman Cigar Co. One of the most ambitious cigar projects to hit the market in recent memory, everything about The American hails from the United States. This includes not only the tobaccos inside the cigar, but all the materials for the boxes, bands, labels and cigar molds. Even the humble cellophane is made stateside.

The wrapper leaf for The American is grown in the Florida sun by retailer Jeff Borysiewicz, Connecticut broadleaf binder from eighth-generation farmer John Foster, with a filler mix of Connecticut Habano (also grown by Foster) and some Pennsylvania leaf grown by the Mennonites in Lancaster County. And the cigars themselves are rolled in El Reloj, J.C. Newman’s cigar factory located in Tampa’s historic Ybor City neighborhood. 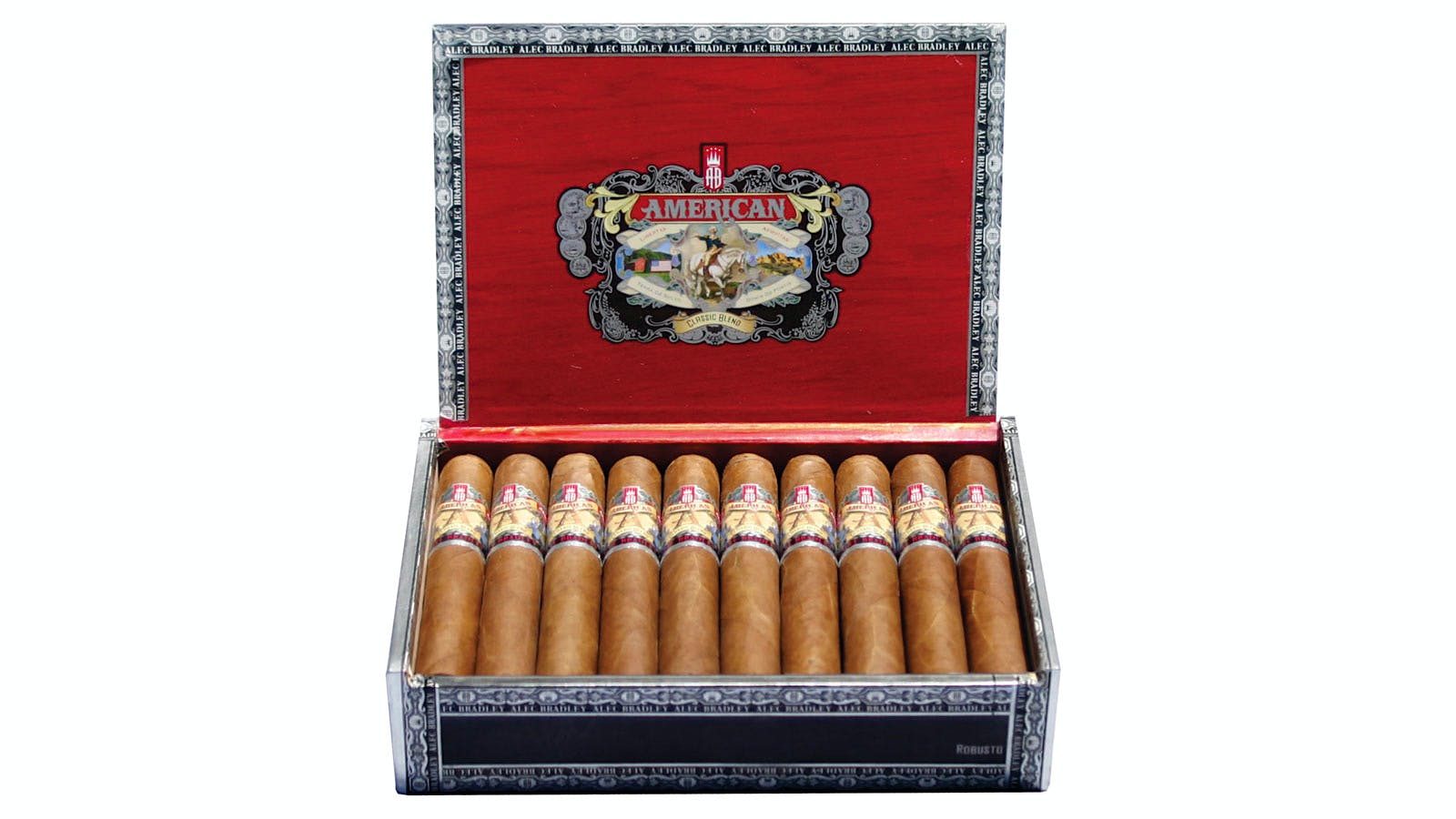 Back before the Cuban embargo, most Americans smoked cigars made in Tampa with imported Cuban tobacco. According to brand owner Alan Rubin, they were "affordably priced, smooth, sweet and complex." Well, Rubin decided to honor that 20th century tradition with the Alec Bradley American Classic. First, he smoked some pre-embargo cigars made in Tampa. Then, he speculated on how they probably tasted at original strength. Finally, he used all his American ingenuity and figured out a period-style blend. The result was a Connecticut-seed wrapper from Honduras with mild Nicaraguan guts. It comes in Sungrown, too. "This is Americana," he said. "It's truly in our history." 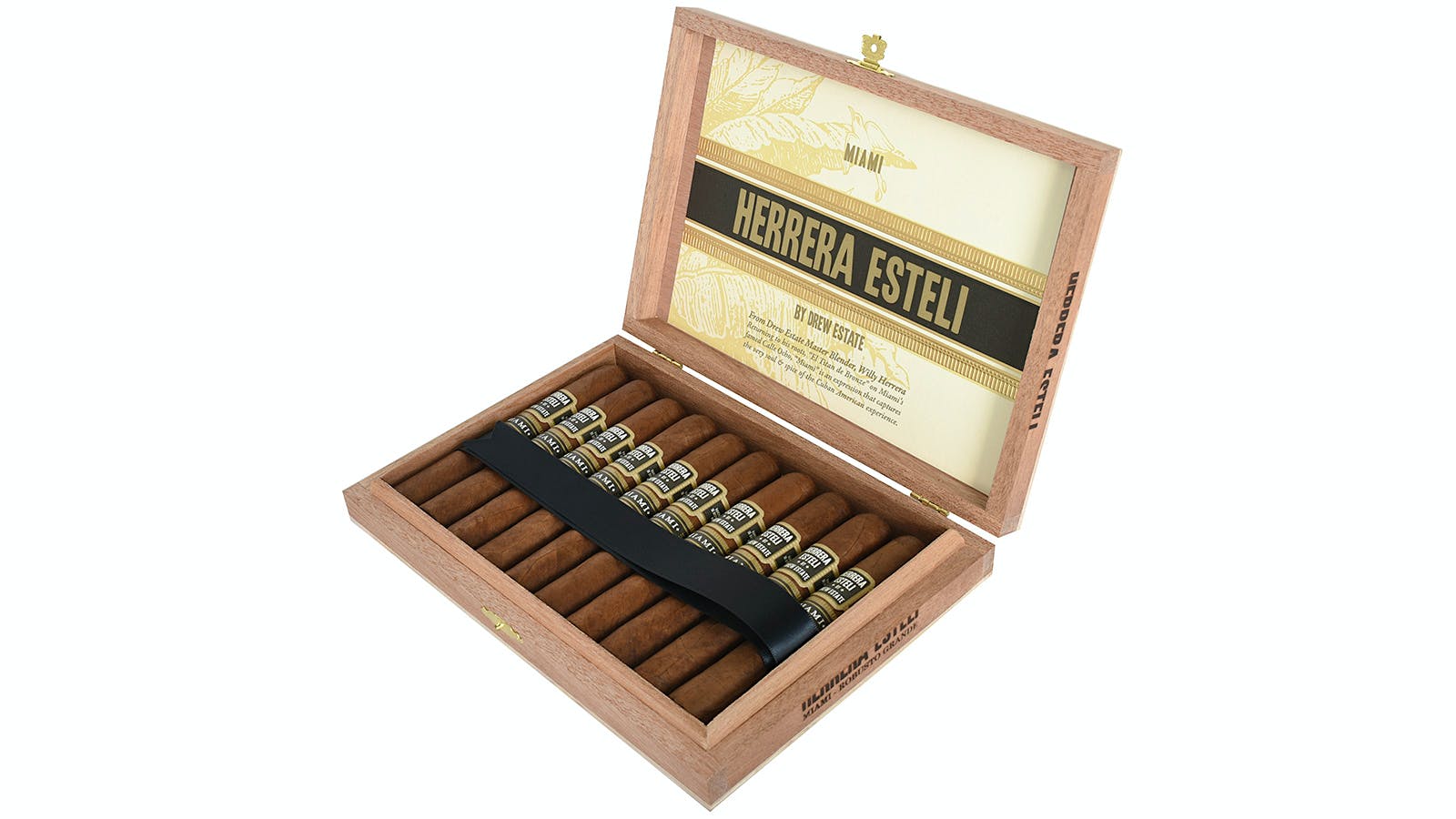 Anything From El Titan de Bronze

Walking into the tiny El Titan de Bronze cigar factory in Miami’s Little Havana neighborhood is like stepping into a time machine when cigars were rolled all over the United States. This fully-functioning cigar factory only has about 10 rollers that make several brands of its own, along with standout smokes for several prominent cigar brands.

The limited-edition Goldie from La Palina is made there. So is La Colmena by Warped—the La Colmena Amado No. 44 scored 93 points in December’s Cigar Aficionado. Another 93-point cigar from El Titan is the Herrera Esteli Miami Toro Especial, a medium-to-full-bodied smoke that retails for $11.75.

Pete Johnson’s standout Tatuaje brand was born in the United States—and so was he (Johnson is originally from Maine.) While most of his cigars are made in Nicaragua today, many of his original Tatuajes (known as brown labels) are still made in Miami, in the small rolling gallery attached to My Father Cigars’ Miami headquarters and warehouse. For a real treat, try the Tatuaje 15th Anniversary Rosado Oscuro Belicoso Fino, a full-bodied cigar that just earned 92 points in Cigar Insider. It’s leathery, with notes of ground coffee and chocolate. 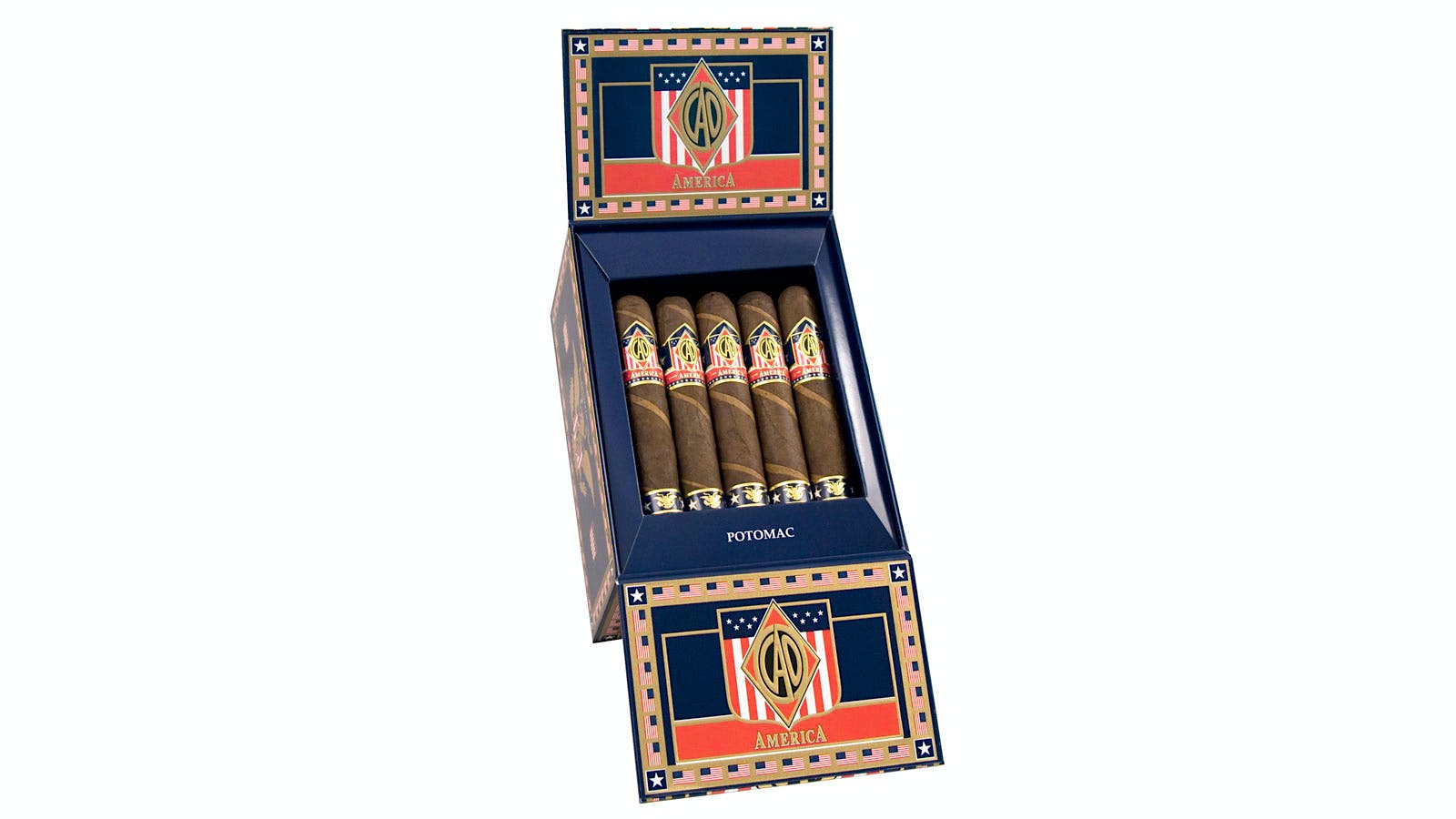 Think stripes are just for flags and Uncle Sam's snazzy trousers? Think again. This barber-pole style cigar is made with a patriotic mix of wrapper leaves grown in the U.S. of A, specifically the Connecticut River Valley. The dark, broad stripes on the CAO America are broadleaf, the lighter stripes, Connecticut shade. Inside is an intriguing mix of tobaccos from around the world, including Italy, Nicaragua and the Dominican Republic. Our preferred smoke from this brand is the Landmark, which measures 6 inches by 60 ring (87 points). This fat cigar offers woody smoke, with a floral finish.

Aganorsa Leaf is known for its tobacco, but the company also makes cigars, including a variety rolled in Miami, in a factory the company opened in 2011. The Casa Fernandez Miami Lancero is one such cigar, a long, thin smoke that earned 93 points in the August 2019 Issue of Cigar Aficionado. The Lancero measures 7 1/2 inches long by 40 ring, and has a medium body.

The fourth size in E.P. Carrillo’s Pledge line is heading to retailers.

The new smoke from Rick Rodriguez's West Tampa Tobacco Co. is called the Attic Series, and it’s made …