In a rare move for the Padrón family, the company is adding a new cigar to its lineup, a short, fat smoke meant to honor departed patriarch José Orlando Padrón, who founded the company that bears his name in 1964. The Padrón Family Reserve No. 95, measuring 4 3/4 inches long by 60 ring gauge, will beef up the Family Reserve line, which tends to be made with the company’s oldest tobaccos.

The smoke will be previewed this weekend at the PCA trade show in Las Vegas, and will be a PCA exclusive, only available to those who attend the show. Early versions of the cigar (such as those in the photograph) are ready right now, but the smokes won’t be ready to ship until later in the year, most likely the fourth quarter. The price has yet to be determined. 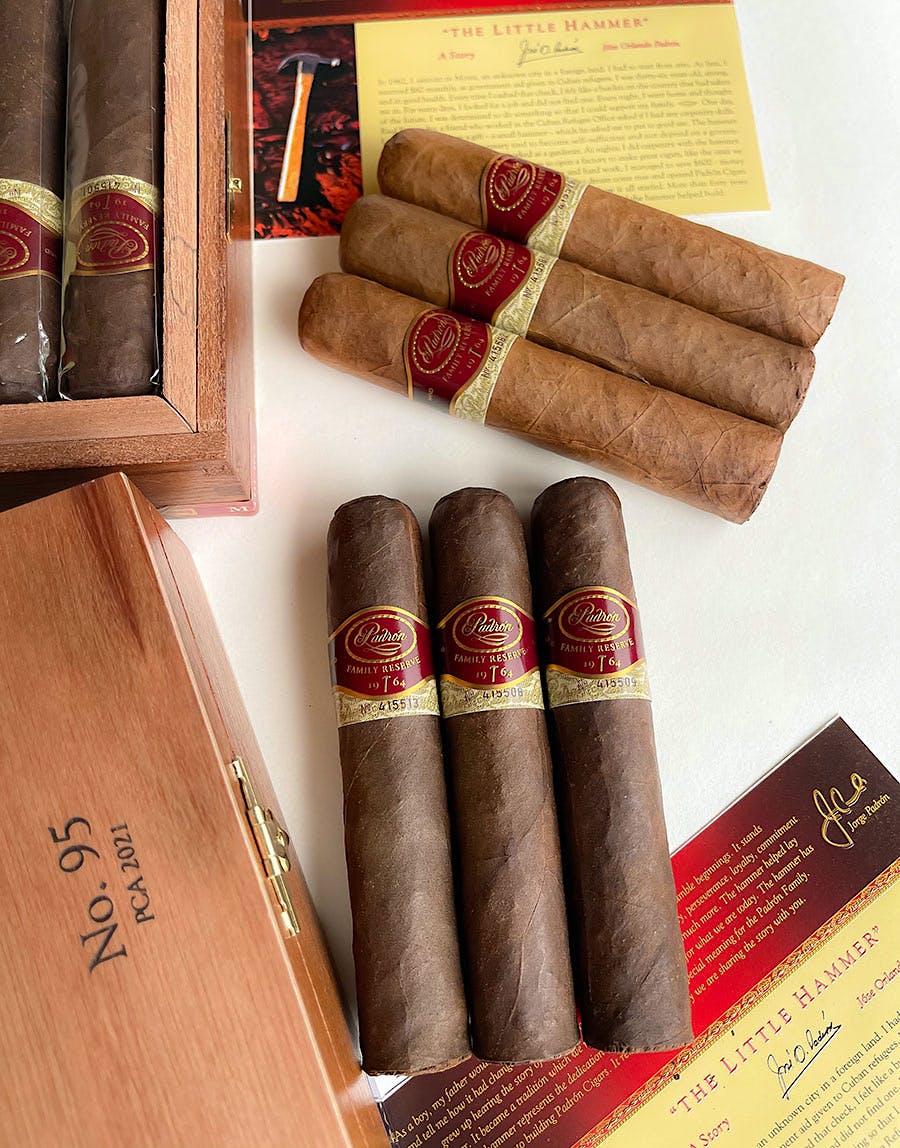 A quick look at the short, pudgy smokes reveals an unusual feature for Padróns—they are not box pressed. “They are round,” Jorge Padrón told Cigar Aficionado. “They’re not square.”

All Padróns begin as round cigars, but most are pressed, giving them a distinctive squared-off shape. Among those that are not pressed are the Padrón Serie 1926 No. 90 and the Padrón Dámaso line.