Do letters and numbers have colors to you? How about taste and smell? Do you taste in terms of blue and red? If you do, you might have a condition called synesthesia, and the newest blend from Ozgener Family Cigars plays on this theme in much the same way. Called Pi Synesthesia, it’s an art-inspired smoke with a label that was modeled after a painting by Cano Ozgener, the talented and creative founder of CAO Cigars.

“The correlation between colors and numbers always appealed to my father,” said Tim Ozgener, Cano’s son and president of Ozgener Family Cigars. “He always thought Pi was an interesting number because it was infinite. We decided, in his honor, to add another element to this construct: taste. Thus, the Pi Synesthesia cigar was born.”

Around 2015, a few years before Cano passed away, he created an abstract painting that’s meant to ascribe colors to numbers and their infinite combinations. A mini reproduction of the painting appears on the band of each Pi Synesthesia cigar, a one-size line that measures 6 inches by 52 ring gauge. These limited-edition Toros will come in boxes of 12.

Ozgener recently returned to the cigar industry after a long hiatus, and according to him, the cigar is supposed to taste “yellow” if you have synesthesia. For those who don’t, Pi Synesthesia is a mild to medium-bodied cigar composed of an Ecuador Connecticut wrapper, Ecuadoran binder and Nicaraguan filler. The cigars are made in Nicaragua at Tabacalera Pichardo and distributed by Crowned Heads. 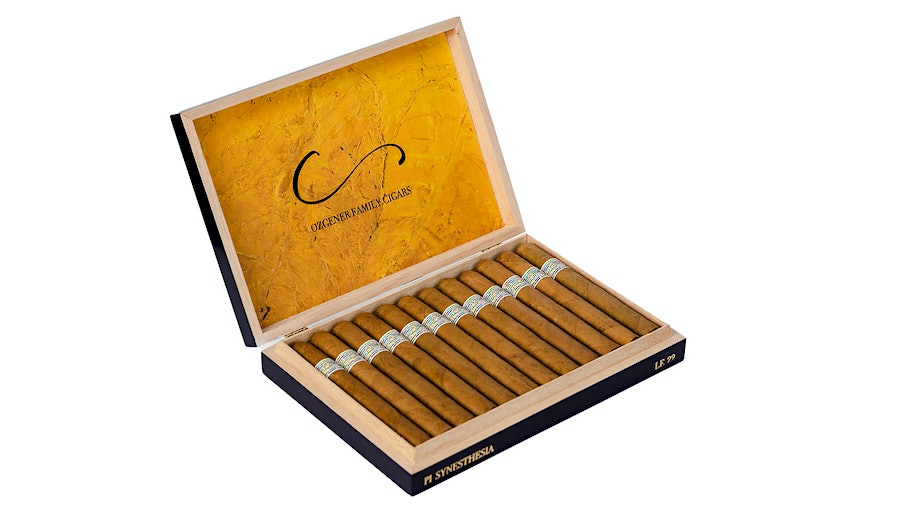 Previewed at the PCA trade show last month, the cigars will have a suggested retail price of $15 each when they reach the market by late August or early September. Only 2,500 boxes are being released. Ozgener intends this blend to be the first in an upcoming series, but there’s no word yet as to when the next Pi Synesthesia will be introduced or what color it will taste like.