The OneOff brand from Illusione Cigars is now reaching cigar shops across the country. The defunct series was resurrected last year when brand owner Dion Giolito purchased the trademark and announced that he was bringing OneOff back to the market.

Production of OneOff began in November at the TABSA factory in Estelí, Nicaragua, where many Illusiones are made, though this project had been percolating in the mind of Giolito for some time.

The small brand was originally owned by Italian businessman Andrea Molinari, and developed a following in the U.S. and abroad. But the cigars faded into obscurity and, at one point, became a catalog brand for Cuban Crafters.

“I watched the trademark closely, hoping to acquire it,” Giolito told Cigar Aficionado.

Eventually, he did. OneOff officially became his property in September once it was registered with the U.S. Patent and Trademark Office. Now that the trademark is in Giolito’s hands, he’s taken the brand out of retail limbo and put it back into production.

“This was a brand that made an impact with not only myself, but many retailers across the U.S.,” Giolito said. “In my opinion, it was Cigar Aficionado’s first rock star. Then the company went out of business and the cigars quickly disappeared—but I never forgot.” 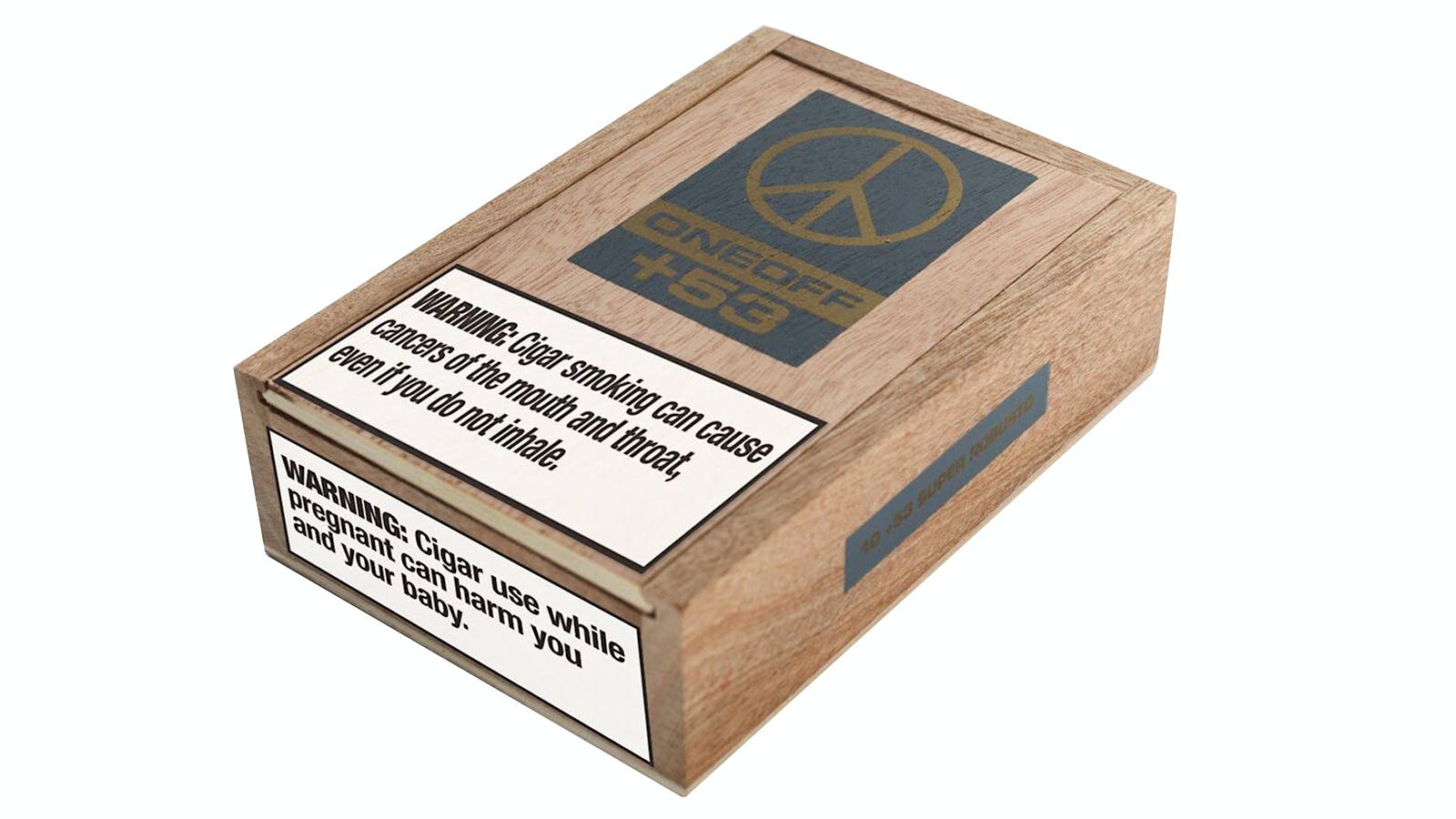 The +53 Super Robusto, named after Cuba’s country code, is the only size that has yet to ship.


One outlier, however, is nearly twice the price—the +53 Super Robusto. It measures 5 3/4 by 48 and has a suggested retail price of $30 each. Giolito is not disclosing the tobacco details of that particular cigar, and the +53 is the only size that has yet to ship. The +53 Super Robusto was named after Cuba’s country code.

OneOff cigars have a bit of a quirky past. They were created by Molinari in 2001, who ran the Casa del Habano in Milan, Italy, and was also the CEO of Italian airline Lauda Air S.p.A. The cigars were made in Nicaragua by the Plasencias and produced in small quantities.

By 2009, OneOff was no longer owned by Molinari and no longer made by the Plasencias. Instead, it was being made and sold by Cuban Crafters, which produced a short-lived, catalog brand called OneOff Doble Capa.

If retailers want the new Illusione OneOffs, however, they will have to be committed. The cigars are only sold to retailers in “pre-pack” shipments, which consist of three boxes of each size (minus the +53 Super Robusto), or a 21-box minimum, so there’s no picking and choosing sizes. It’s all or nothing.

The +53 Super Robusto is not yet included in the pre-pack because it has not been released. When it is, the +53 will be shipped and charged to retailers at a later date.

So far, Illusione has shipped 180 of its 500 pre-packs throughout the U.S. The rest of the pre-packs have been delayed due to the political unrest in Nicaragua.

OneOff cigars will be showcased at the IPCPR trade show next month.

For a vertical tasting of the entire line, see an upcoming issue of Cigar Insider.