It was a grand evening for a select group of cigar smokers in Paris last week. On Thursday, regional Habanos distributor Coprova S.A.S. threw a lavish premiere party at the Hôtel de La Marine in celebration of the Cuban Quai d’Orsay No. 52, a new cigar that brings the Quai d’Orsay line to four sizes. 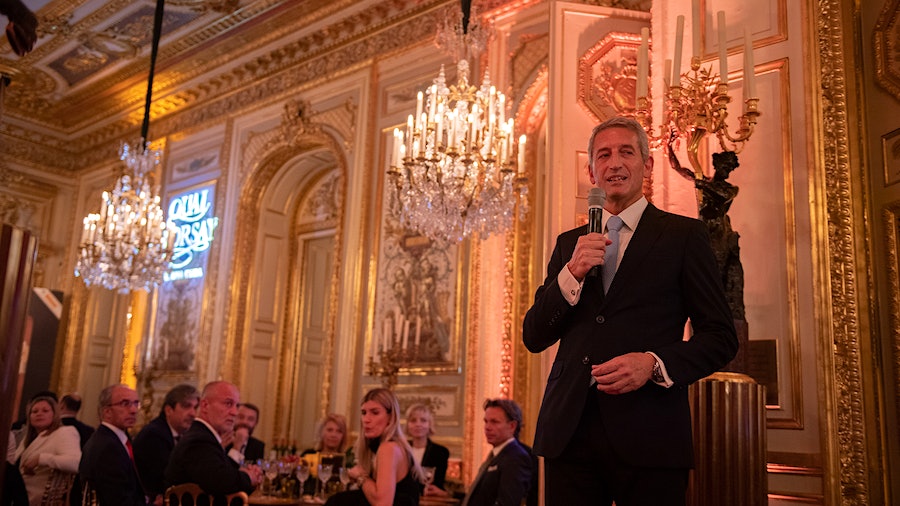 The event, which had 150 attendees, was headed by Habanos co-president Luis Sánchez-Harguindey Pardo de Vera, who introduced the cigar and stressed the importance of the French market to Cuba’s cigar industry. According to a report by Habanos earlier in the year, France is the fourth largest market in the world for Cuban cigars in terms of volume.

Measuring 6 1/8 inches by 52 ring gauge, the No. 52 comes in 25-count boxes and will retail for 19.10 euros per cigar (about $18.85) when it ships to France’s cigar shops at the end of November. Because Quai d’Orsay is a global brand, the new No. 52 is destined for the world’s major cigar markets as well, but there’s no official word as to when exactly it will start appearing in other countries.

“We are delighted that Habanos S.A. has chosen Paris and French aficionados to present this new vitola of the Quai d’Orsay brand,” said Antoine Bathie who serves as Coprova’s co-CEO along with Enrique Babot.

Quai d’Orsay started in the 1970s as a cigar brand made primarily for the French market. In 2017, Habanos turned Quai d’Orsay into a global brand, completely revamping the line with new sizes, new blends and new packaging for broader appeal.

For a rating on the new Quai d’Orsay No. 52, see a future issue of Cigar Insider.