Quai d’Orsay has made a glamorous comeback. The new, revamped Cuban cigar brand had its swanky world premiere on October 4 at Studio Harcourt in Paris, where guests sipped Champagne, nibbled on foie gras and puffed away in high style on Quai d’Orsay cigars. This was the first time the cigars had been smoked by the public since the Habanos Festival in February, and while the crowd was among the first in the world to sample the new smokes, the rest of France will have to wait until early November before the new Quai d’Orsays make it to retail.

Quai d’Orsay was created in the early 1970s—Cuba says 1973, the French say 1974—as a Cuban cigar brand made especially for France. Like foie gras and Champagne, these cigars were intended to be emblematic of French taste and the French luxury lifestyle. The smoke was essentially a regional brand, sold mostly in France and Switzerland.

Over time, most of the original sizes were discontinued, and by last year the brand was reduced to one regular-production vitola—the Corona Claro. Save for the single size and a few Regional Edition releases, Quai d’Orsay was barely alive. It seemed destined for extinction.

But neither Habanos nor SEITA, France’s distributor of the Quai d’Orsay and Jose L. Piedra brands, were willing to let the brand die. At this year’s Habanos Festival, Habanos S.A. announced plans to revive Quai d’Orsay by expanding this fading, regional cigar line into a global brand. As part of the new global initiative, the cigar brand was reblended and repackaged. Gone were the ultra-light wrappers of old, replaced with darker tobacco leaves and a bolder blend. The only remaining size in the line was the Corona Claro, and Habanos and SEITA created two new sizes to suit the modern market, the No. 50 (4 3/8 inches by 50 ring gauge) and the No. 54 (5 3/8 by 54).

The new Quai d’Orsay now consists of three sizes, all of which are adorned with a larger, glossy gold-trimmed band that serves to punctuate the cigar’s new identity as a global product. The cigars were passed out at a dinner party in Havana honoring the brand on March 1.

“So far, almost 30 of our exclusive distributors have ordered the new No. 50 and No. 54,” said Luís Sánchez-Harguindey, co-president of Habanos S.A. “This means that commercial coverage of the brand will now reach around 100 countries worldwide.” 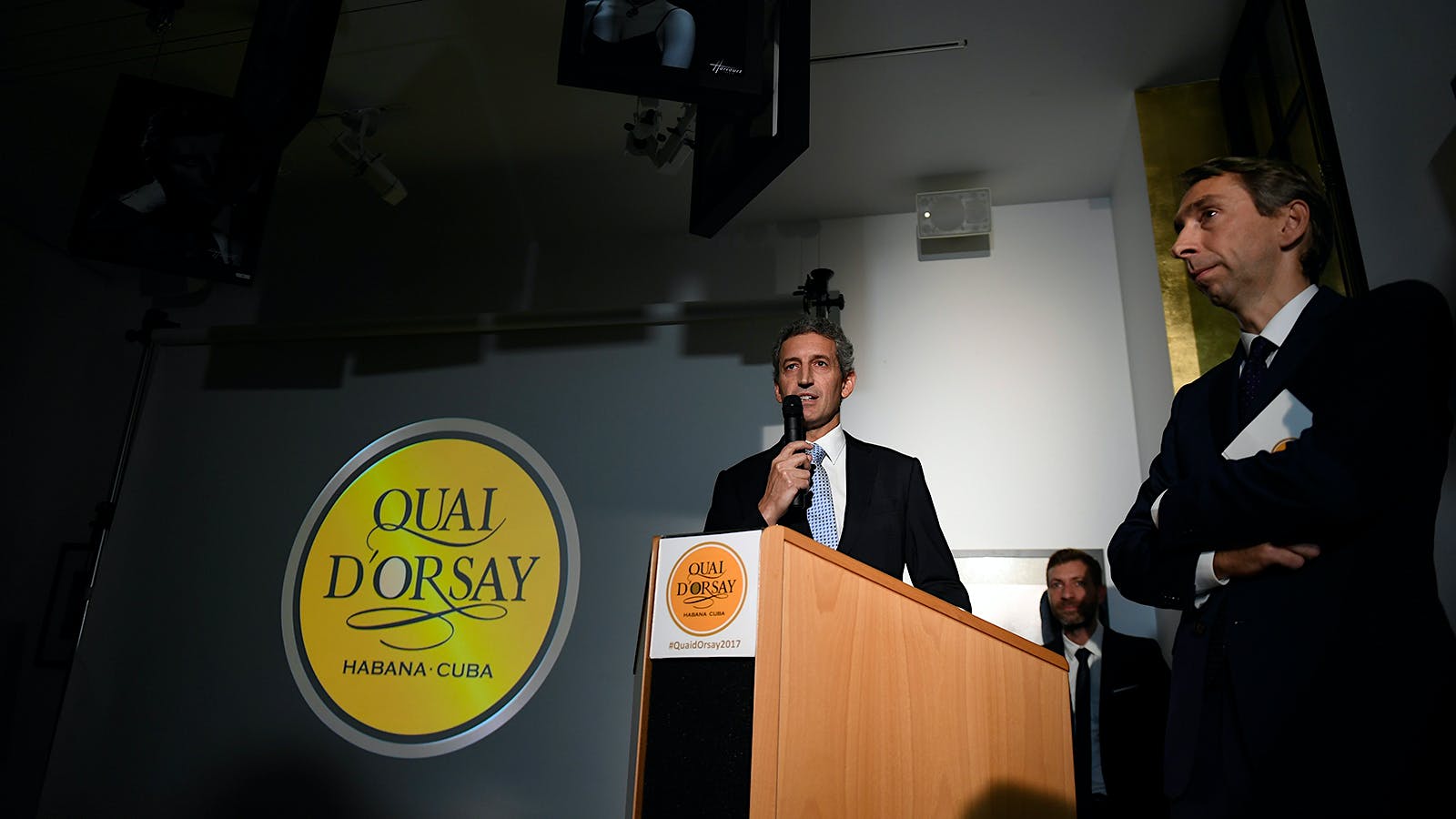 Studio Harcourt became famous in the 1930s for its distinct, black-and-white glamour-style portraits of celebrities and popular actors. As part of the Quai d’Orsay evening, guests had the opportunity to be photographed in the classic Harcourt style, making everyone look like a movie star. This was no cheap party favor. Normally, a Harcourt headshot would cost more than the combined total of three boxes of Quai d’Orsays and a bottle of Dom Perignon.

Appropriately, France will be the first country to sell the new sizes. There’s no word yet as to how long before they reach the rest of the world, though the likelihood is some time in November. According to Antoine Bathie, general manager of SEITA, they’ll debut in boxes of 25, but will later be offered in 10-count boxes.

For a vertical tasting of the newly revamped Quai d’Orsay line, see an upcoming issue of Cigar Insider.