The fourth size in E.P. Carrillo’s Pledge line is heading to retailers. The cigars debuted at the PCA Trade Show back in July, and were shipped out on Monday from Florida. The new release comes with high expectations as each of the first three sizes have scored 91 points or higher in Cigar Aficionado blind tastings, including the Pledge Prequel, which scored 98 points and was the 2020 Cigar of the Year.

The box-pressed Lonsdale Limitada measures 6 1/2 inches long by 43 ring gauge and is made in the Dominican Republic at the La Alianza factory. The cigar comes in boxes of 20, retailing at $240 per box or $12 per stick. Only 1,500 boxes will be released. As with the rest of the Pledge line, the Lonsdale Limitada features a dark Habano-seed wrapper from Connecticut, an Ecuadoran binder and Nicaraguan filler. 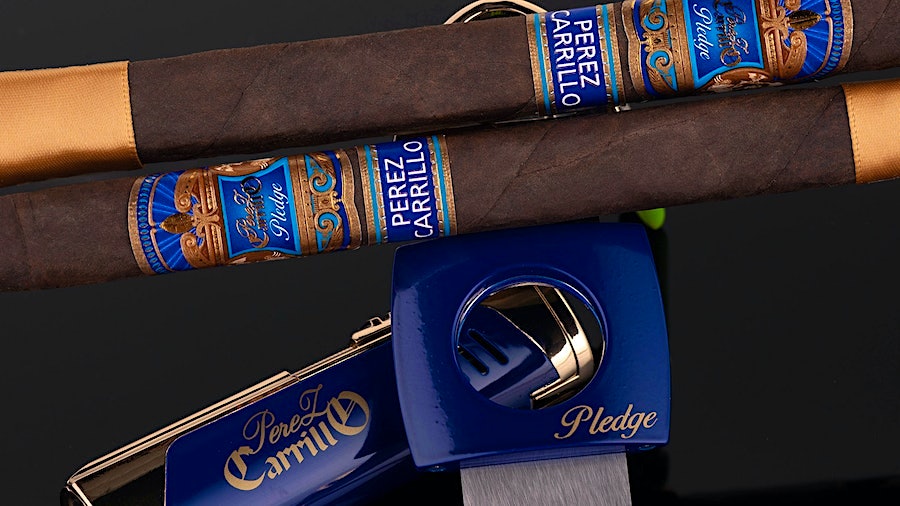 The E.P. Carrillo Pledge Lonsdale Limitada is the skinniest size in the line, but brand owner Ernesto Perez-Carrillo expects the smaller ring gauge cigar to hold its own in terms of flavor. The new smoke was inspired by a survey E.P. Carrillo conducted with an internal community of customers and retailers. The company asked the audience what they were looking for in a new cigar and the majority of respondents requested a more flavorful, smaller ring gauge smoke—and the cigarmaker listened.

For a rating of the E.P. Carrillo Pledge Lonsdale Limitada, see a future issue of Cigar Insider.