The Juan Lopez Gran Patagón, an Edmundo sized smoke measuring 5 3/8 inches by 52 ring, will launch in March. The smoke will be the second Regional Edition Cuban cigar for the Southern Cone, the countries of Chile, Argentina and Uruguay.

This is a much bigger cigar than the original Ramon Allones Patagón (4 3/8 by 52), which went on sale in 2017. Like that smoke, the cigar will have a secondary band reading “Exclusivo Cono Sur.” Prices will be around $35 to $40 per cigar.

Cuba has been making Regional Editions for 18 years. Distributors and retailers of cigars are able to order special versions of cigars for their respective markets; while the biggest brands such as Cohiba and Montecristo are off limits, Cuba’s other brands are fair game, and the program often results in interesting takes on cigar brands. 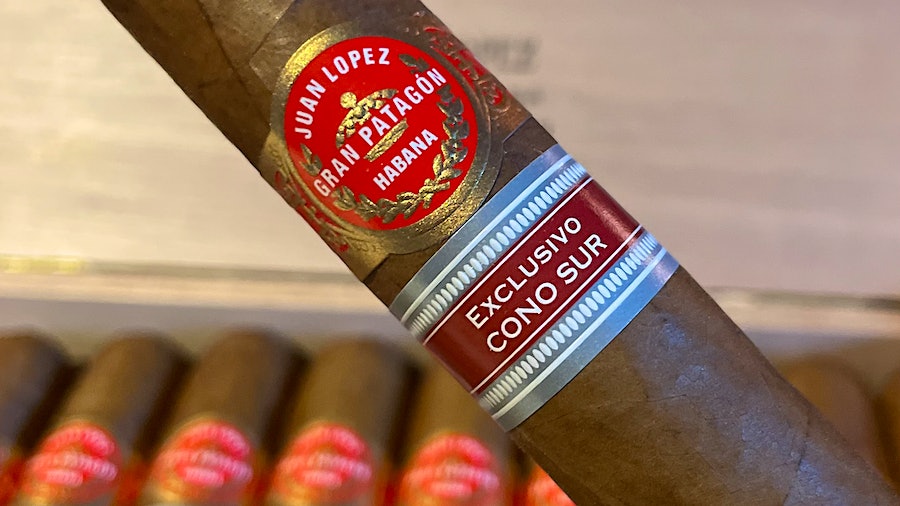 José Miguel Salvador, owner of the La Casa del Habano in Santiago, Chile, said the new cigar has an interesting variation on the band. “One of the most distinctive and innovative aspects of this long-awaited release is the inclusion of the vitola name ‘Gran Patagón’ in the center of the original Juan Lopez brand ring. Something very rare and unique, that makes it a collector’s item for both the cigar and the band.”

The launch will take place with simultaneous events in Chile, Argentina and Uruguay. Look for a rating of the new cigar in an upcoming issue of Cigar Insider.

Read Next: Eight Cigars To Celebrate The Year Of The Rabbit