Most of us are living lives that are quite different than the ones we enjoyed just a couple of months ago. Since mid-March I’ve been working from home, limiting my trips out of the house, and trying to keep my family safe in this pandemic. Things have changed, but blessedly the people I love are safe and healthy. I hope the same is true for all of you as well.

I’m still smoking cigars—both for work, and for pleasure—but not in my usual space, the smoking lounge at the New York City headquarters of Cigar Aficionado. It’s where the editors test smoke cigars for the magazine and for Cigar Insider newsletter, and the place where we interview cigarmakers who visit our offices. You’ve seen the room if you’ve watched our videos.

The room, like our company offices, is closed now, so that means I’m puffing away in my home, which has a smoking room. Now some people have called this room a basement, but my friends refer to it as The Bunker. It’s my cigar space, and it’s outfitted with several humidors, couches, bookshelves, a television set and a table, among other things. (I’m sitting in The Bunker in the above photo.) The table has been the site of many poker games, but now it’s serving as my smoke-friendly desk. I’ve been mixing up my smoking between there and the outdoors, typically on my deck when it’s warm enough to sit outside comfortably.

So what about all of you? I know many people smoke in a cigar-store lounge, but many of those are closed right now. Where are you smoking your cigars? Do you have a smoking room? Do you have a spot out in your backyard? Do you smoke while walking your dog? What’s your cigar space?

We want to see how you’re smoking cigars right now. Send us your photos. Light up one of your favorite cigars, and show us your space. We’re going to turn it into a contest. 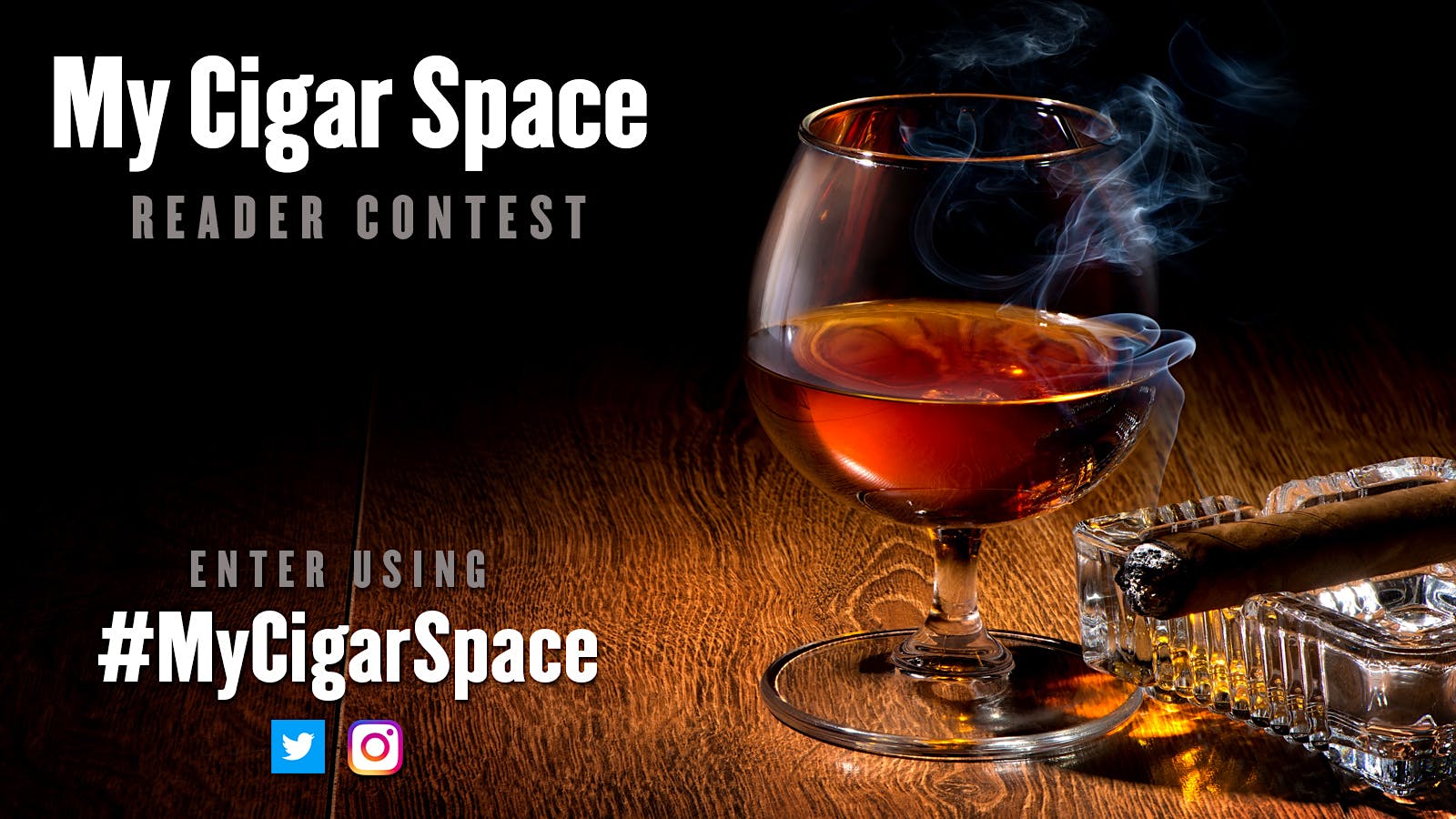 We’ll select a few of the shots that we like the most, and then in a couple of weeks we will put them here on the website for the readers to vote on their favorite. The winner will get tickets to the Big Smoke Meets WhiskyFest taking place at the Seminole Hard Rock Hotel & Casino in Hollywood, Florida, on October 31.

Don’t worry if your cigar space isn’t fancy. Mine isn’t either. Let’s see where you’re smoking, and use the hashtag #MyCigarSpace on Twitter, Instagram or Facebook, or send us your shot at social@cigaraficionado.com to enter the contest and follow along.