The cigar-filled case retails for $5,000, which includes the humidor and 135 various smokes. It’s an attractive yellow container with Montecristo’s logo and name on the top lip, gold-plated “Montecristo” locks and the logo prominently displayed on the front of the box. The branded humidor also has a magnetic top lip, removable cedar trays and gold-plated hinges. It measures 13 1/2 inches wide, 29 inches long and 8 inches high. 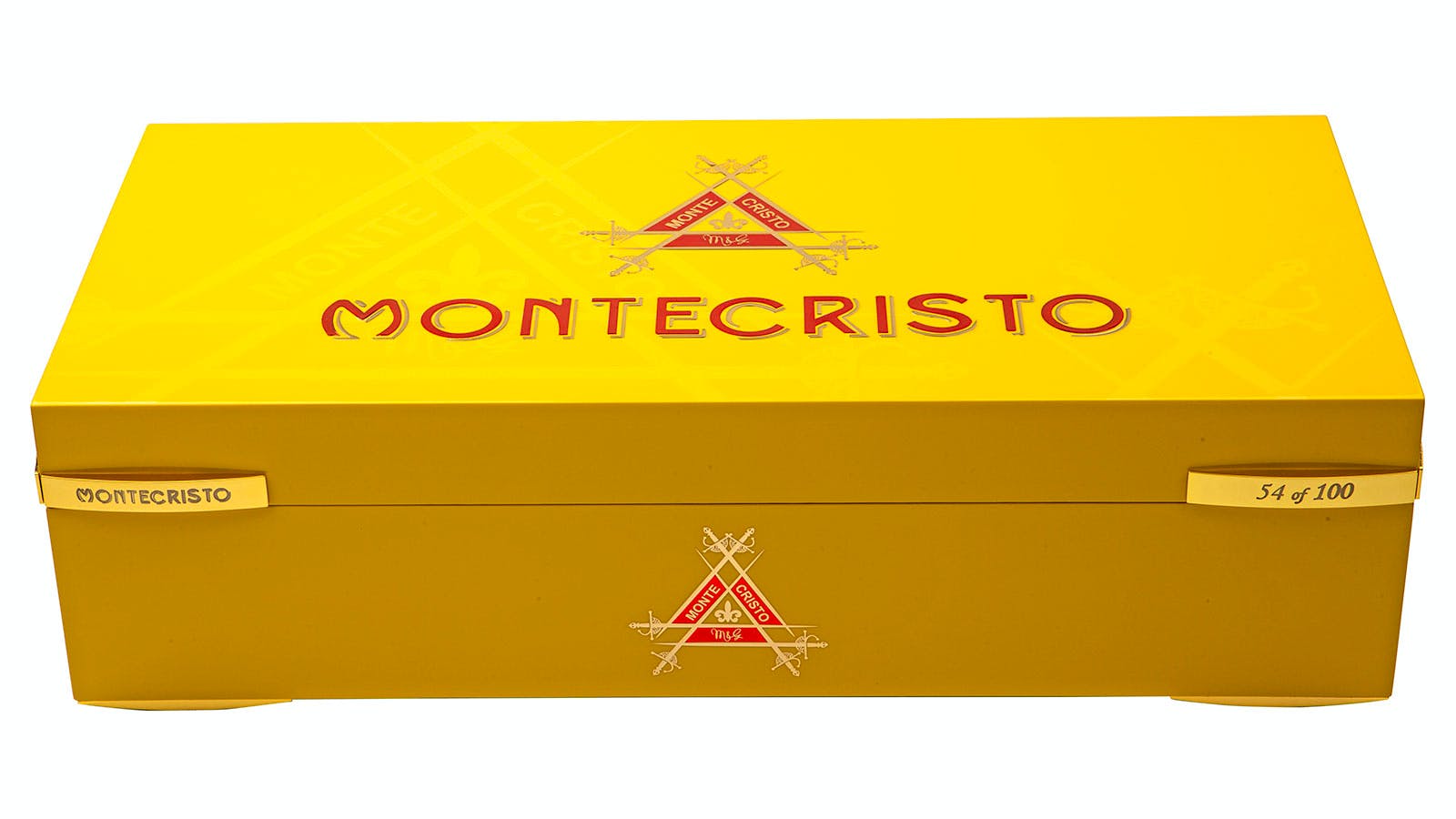 Additionally, on the inside of the top lid are two Boveda packet holders, which serve as the humidification system.

Only 100 of the Montecristo Collector Series Humidors will be available, so fans of the iconic brand should be ready to order come October 29.

A Cigar Vision In Red