Merchants Cigar Bar in Manhattan reopened on Wednesday, December 2 after a four-year shutdown. The cigar-friendly bar, which had been closed since December 2016, is new and improved, a smoking, eating and drinking lounge that sells an array of premium cigars, curated cocktails and even food in Manhattan’s Midtown East neighborhood, just by the Queensboro Bridge.

Merchants originally opened in 1997 during the cigar boom, when Manhattan was filled with places to enjoy a cigar. It closed in 2016 for planned renovations as its upstairs restaurant was facing a decline in revenues amid reduced business.The reopening was a long time in coming, and after four years of being shut down Merchants has opened its doors once again.

The new Merchants brings a fresh look and menu to the table. The mahogany staircase, bronze plating and floor-to-ceiling windows descend to a dimly lit, leather-and-bronze lounge where cigar smoking is welcome. To the left are intimate tables with comfortable chairs suitable for a date or meeting and bespoke leather booths for larger groups. To the right, the bar is illuminated with red lighting and stocked with fine spirits. 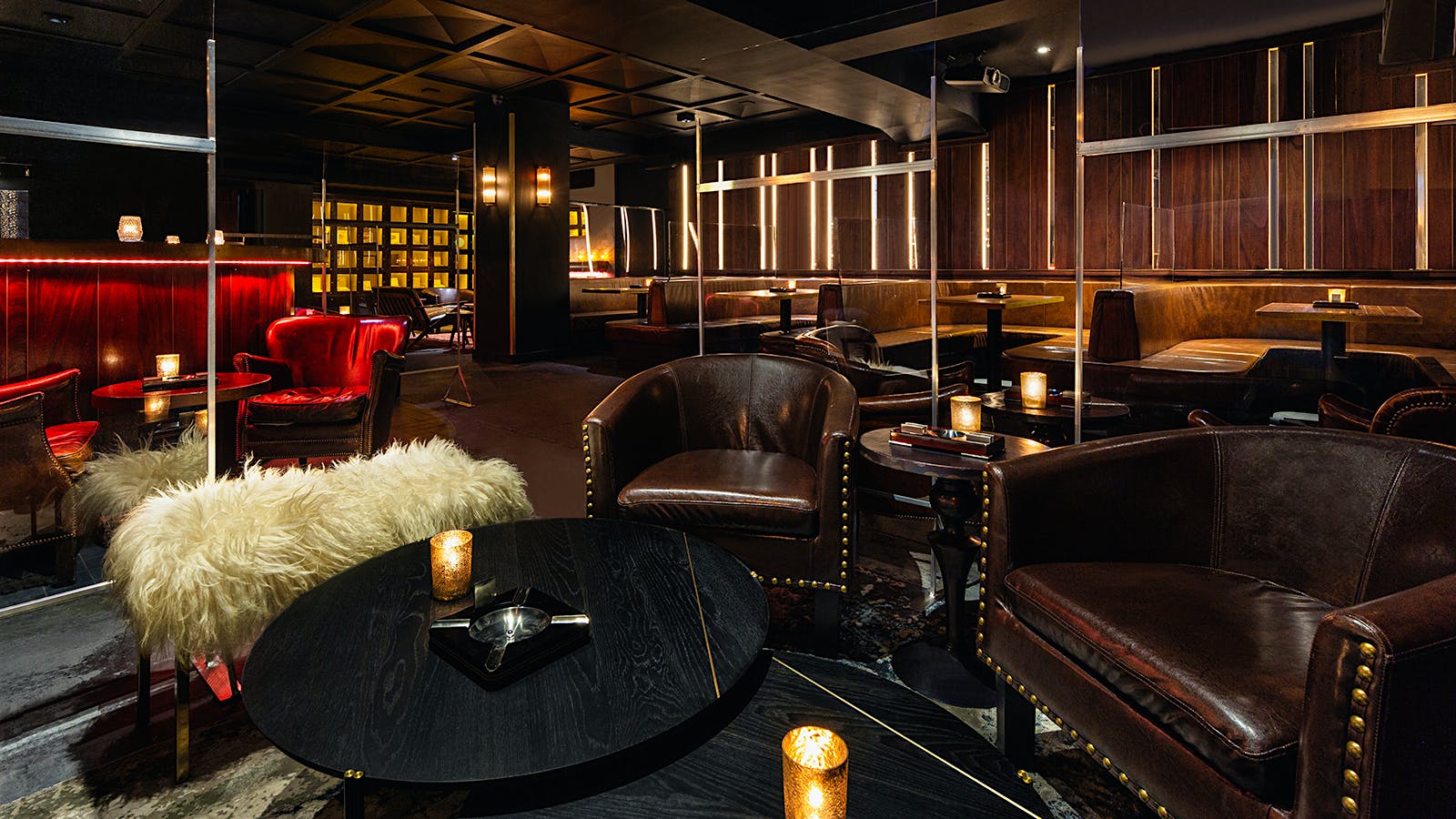 Owner Merchants Hospitality Group, concerned about the pandemic, installed air purification technology from AtmosAir, a system that the owners say continuously monitors, disinfects and purifies the air within the establishment. Additionally, transparent dividers separate all seating areas. Due to limited capacity, per New York laws, reservations are highly encouraged. 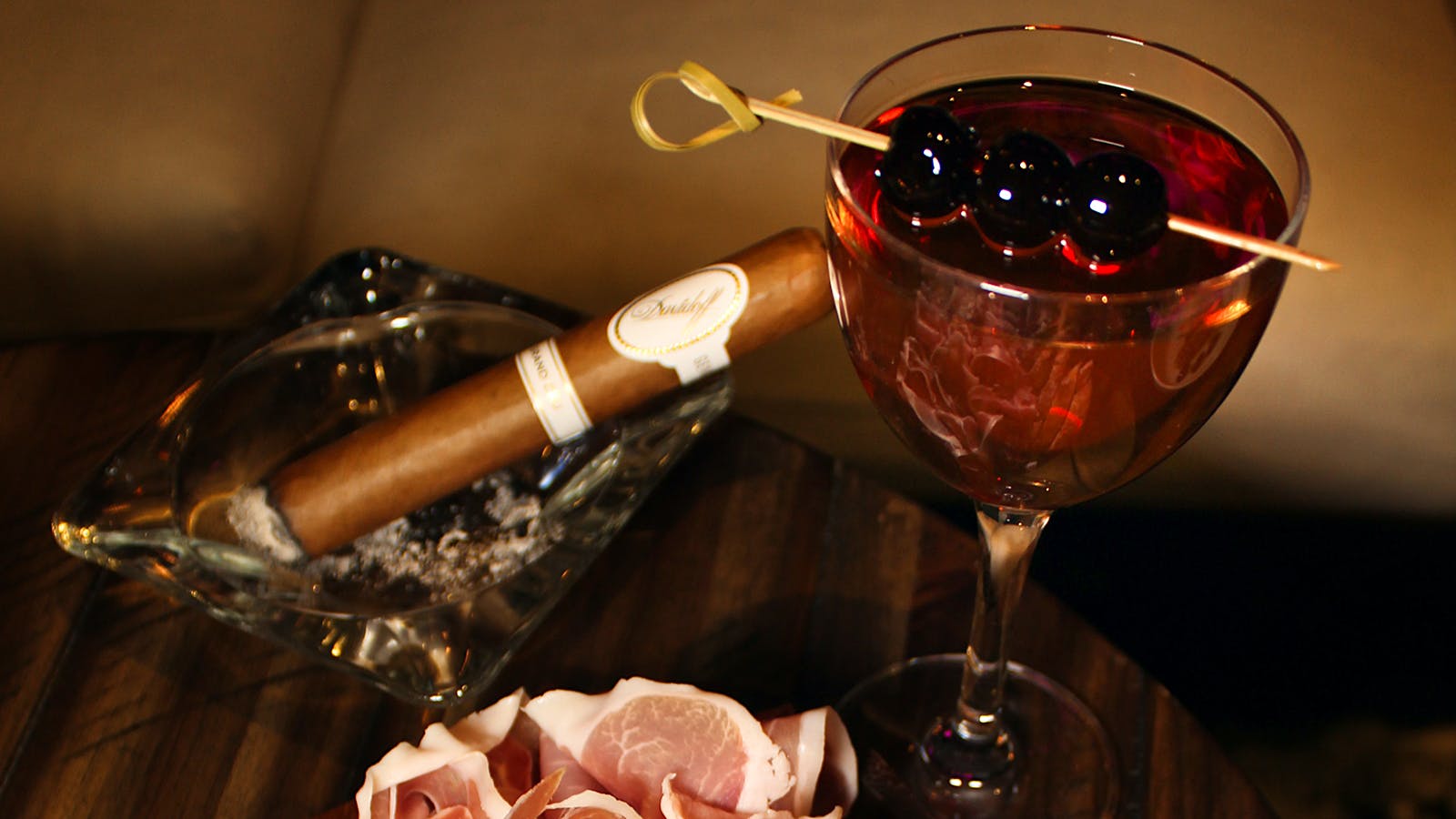 Enjoy one of your own smokes for a $15 cutting fee or buy one of the many premium cigar options while indulging in a cocktail and some antipasti.

The cocktail list is eclectic (one drink has amaro, another Cynar, another adds vanilla to a mix of Bourbon and rye) but the spirits list is impressive, particularly the Scotch. Merchants lists such big names as Ardbeg Corryvreckan, Glenlivet XXV and Johnnie Walker Blue, along with more modest options. There’s also food—a rarity in many cigar bars—such as steak tartare, foie gras, ribeye steaks and lobster tails.