When Nick Melillo, owner of Foundation Cigar Co., introduced Menelik in 2016, it was as a single Robusto size available only at special events, but in 2019 he turned the cigar into a limited-production release. Now, it’s coming in a Toro size, which will be available for preorder next month at the PCA trade show.

Topped with a pigtail cap, the softly box-pressed Menelik Toro measures 6 inches by 52 ring gauge. The blend consists of a dark, San Andrés wrapper from Mexico, a Nicaraguan Corojo ’99 binder from Jalapa and a mix of Nicaraguan fillers from Estelí, Condega and Jalapa.

Made at the Aganorsa Leaf factory in Estelí, Nicaragua, the cigar has a suggested retail price of $16.50 each and ships in boxes of 12.

Like the Robusto, the Toro will be released in batches of 1,000 boxes. 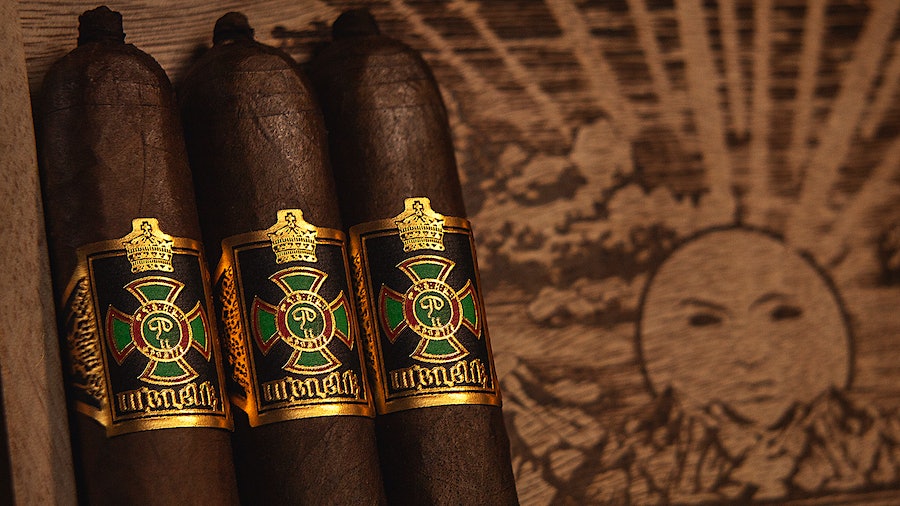 For Menelik, Melillo turned again to Biblical and ancient history: The cigar is named after Menelik I, the claimed first emperor of Ethiopia, and believed to be the son of both King Solomon and Makeda, the Queen of Sheba.

Melillo further emphasizes this royal connection in the packaging with a gold foil band along with touches of Ethiopian iconography used throughout. Menelik also translates to “son of the wise man,” a subtle connection to Melillo’s brands, El Güegüense and The Wise Man Maduro. His Tabernacle lines show an image of Haile Selassie, the 225th emperor of Ethiopia.

Melillo told Cigar Aficionado that retailers can expect the Menelik Toro to start shipping in either late summer or early fall of this year.