Meerapfel, the venerable grower of Cameroon tobacco, is returning to a former business by creating a cigar brand bearing the family name. Today the Belgian company is launching the Meerapfel cigar, a brand intended to be extremely upscale, starting with a line named Richard, in honor of one of the cigar world’s most influential tobacco men.

The Meerapfels are tobacco growers who have long specialized in leaf from the West African nation of Cameroon, a wrapper prized for its rarity, flavor and distinctively toothy exterior. Richard Meerapfel, who died in 2003, is widely credited with saving Cameroon tobacco from the brink of extinction.

His son Jeremiah, who is the chairman of Meerapfel, says his plans for this cigar brand date back nearly 20 years, when his father died.

“This project was born the day my father passed,” says the 44 year old, who was only 25 when his father died. Meerapfel set out to create a cigar that spared no details in terms of luxury, and also sought to redefine some of the traditional ways of making and presenting a cigar. The result is a cigar made with some of the company’s oldest leaves, tobacco it has been saving for a considerable amount of time. 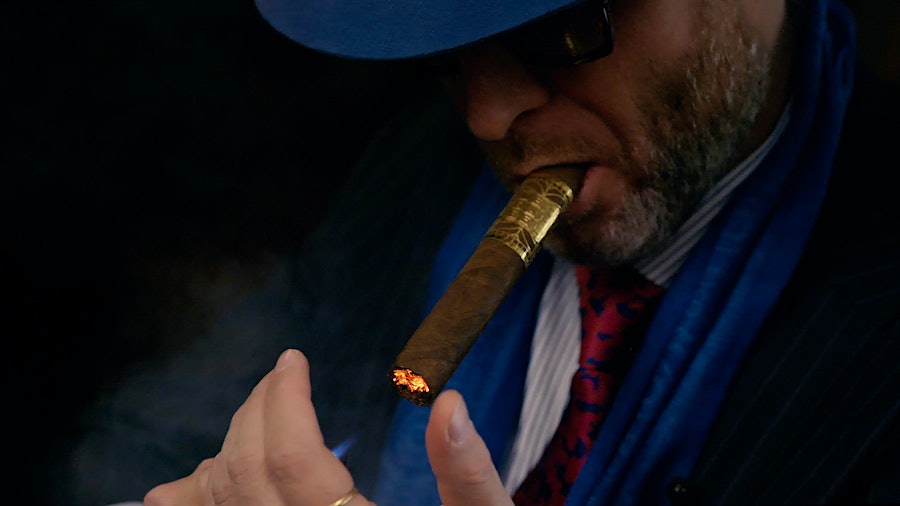 The Meerapfels have been working with tobacco for hundreds of years, dating back to the 1600s. They were tobacco growers in Germany, and in 1876 they began making cigars in a town called Untergrombac, northeast of Stuttgart and not far from the border of France. The family rolled cigars there by hand for roughly 150 years, a story that ended abruptly during World War II.

“During the war, the factory was destroyed, and the Meerapfel cigar disappeared,” says Jeremiah Meerapfel. The cigars being launched today mark a return to the Meerapfels olden days. “This is the moment that we can dig into our past,” says Meerapfel, “and resurface a tradition that’s very, very important to us.”

The new cigars are striking, with exceptional detail paid to the presentation. Meerapfel has sought to create a cigar meant to be compared to Bugatti automobiles or Panerai watches, with European styling and craftsmanship. The bands are particularly ornate, designed by a Belgian lacemaker and produced by Van Tintelen Printing Art B.V. in the Netherlands. Its intricate patterns let the Cameroon leaf peek through with striking effect. The bands in the boxes are handmade, the boxes themselves crafted from sustainable and considerably light wood.

The first size in the Richard line is a Double Robusto (5 3/4 inches long by 52 ring) made with an ornate flag cap. The cigars are presented with eye-popping, red-and-gold-colored caskets, ornamental trays that can double as posh ashtrays. They are the most expensive cigars in the Meerapfel line, with suggested retail prices of $86 per cigar in the United States, 94 euros in Belgium and 95 Swiss Francs in Switzerland.

Meerapfel smoked one of the cigars on video shot by Cigar Aficionado, speaking about the launch of the brand, which you can view below.

Meerapfel was coy about what is inside the cigars, admitting to the Cameroon wrapper leaf but staying tight-lipped about the other details of the blend. He reluctantly revealed that the smokes were made with considerably old wrappers, age statements that are believable given Meerapfel’s long history and presence. “Twenty-year-old tobacco for us is not such a big deal,” he says. 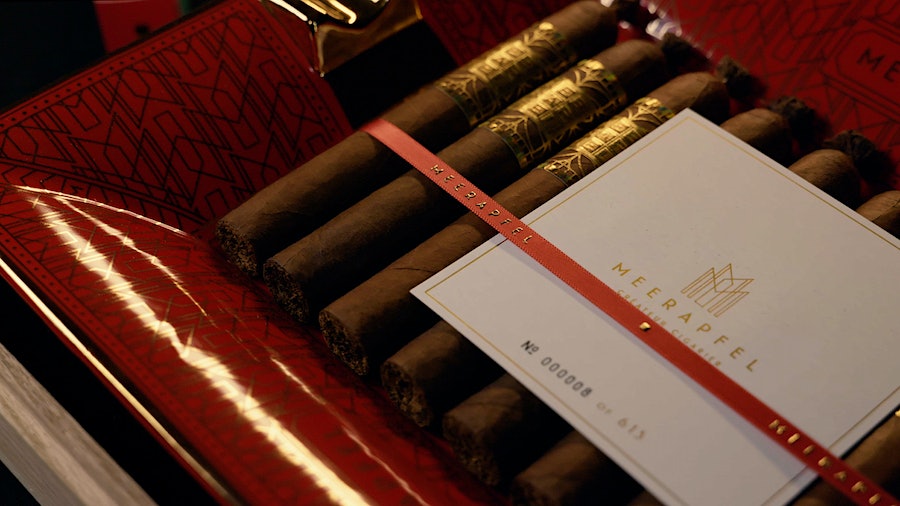 The cigars are rolled in the Dominican Republic, but again Meerapfel declined to go into detail or name the cigar company behind the brand. Meerapfel does have a long relationship with the Fuente family, supplying them with Cameroon leaf used on Don Carlos and Hemingway blends, and Fuente is known to make cigars with elaborate heads akin to the Richard Double Robusto.

All the Meerapfel cigars will be rather limited in scope, with only 613 boxes (which the company calls “chests”) per year per cigar size.

The cigars are intended to be sold in high-end shops around the world. “The first batches are ready to ship,” said Meerapfel.

Future blends will honor other members of the Meerapfel family, including Jeremiah’s grandfather Heller.