The sleepy Los Statos Deluxe brand from Scandinavian Tobacco Group has new life with an updated blend and more streamlined, modern packaging. The project is a collaboration between brand manager Justin Andrews and Matt Booth, who recently joined STG as creative director.

The new blend is made up of an Ecuadoran Sumatra wrapper, Nicaraguan binder and a fillers from Nicaragua and the Dominican Republic. Packaged in 20-count boxes, Los Statos Deluxe comes in four sizes: Robusto, which measures 5 inches by 50 ring gauge; Toro, at 6 by 52; Churchill, measuring 7 by 49; and a 6-by-60 Gigante. Suggested retail prices range from $8.49 to $9.49. Each cigar is individually wrapped in paper. 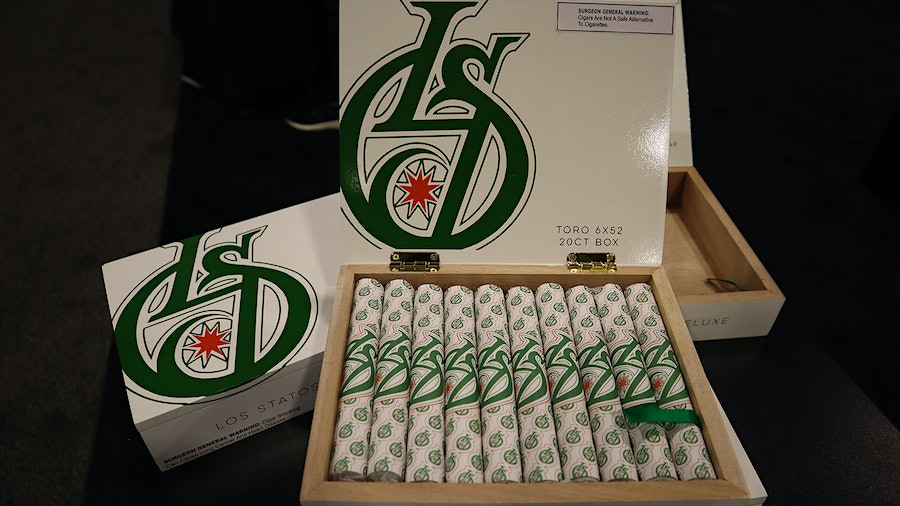 The new Los Statos Deluxe brand on display at the PCA trade show in Las Vegas at the Room101 booth. (Photo/Cigar Aficionado)

The cigars, which are made in Honduras at the HATSA factory, began shipping yesterday and are distributed by STG’s subsidiary Forged Cigar Co.

Even though STG was one of the companies not at the PCA trade show in Las Vegas, the brand made its debut at the show: It was at the Room 101 booth, which had been booked prior to the brand being acquired by STG.