The Pacific Ocean is particularly calm this winter day. The temperature hovers in the low sixties. The sky has a few clouds. It’s a perfect day for a cigar, and the perfect place for it is on the rooftop of the Malibu Cigar Lounge. This gem on the Pacific Coast Highway has moved three times since it opened in 2009. Cigar Aficionado last officially visited more than a decade ago. The space inside has changed a bit. No more back massages. The clientele remains diverse. A sign that’s outside on the weekends promotes the place as a “husband daycare lounge.” 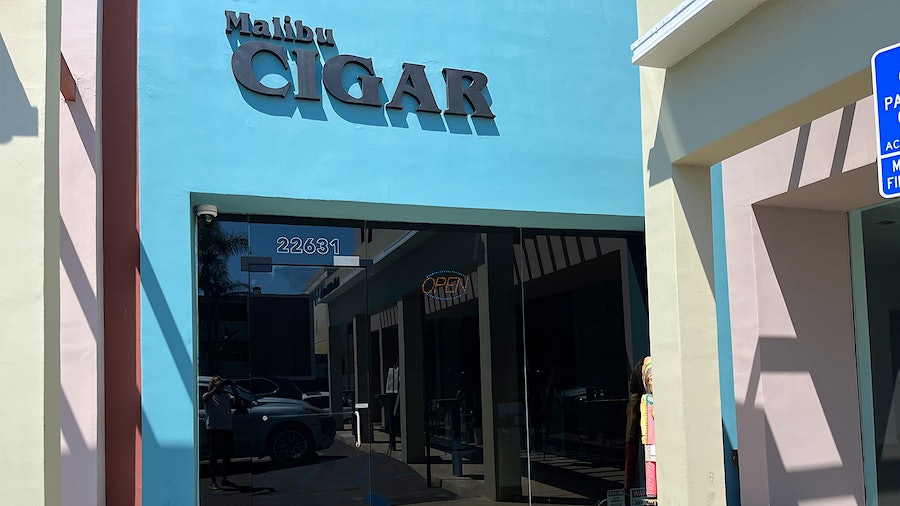 “I get bums to billionaires,” Rick Loehr, the owner, likes to say. He’s still putting out a surfer vibe. “I got one of the Rothschilds the other day. He came in a Ferrari,” Loehr adds, saying that’s not particularly unusual in Malibu. Loehr, a native New Yorker turned Californian, is a musician who was in the spirits and wine business before he bought the shop. Another customer leaves and gets into his Maybach SUV. Loehr says that actor Gary Busey regularly visits the store.

The indoor lounge has about 10 leather chairs and a couple of large-screen TVs. The lounge gets very busy during football games. The artwork has changed, now featuring more photos related to Malibu’s oceanside beauty and to cigars. The humidor is somewhat smaller, still with more than 40 lines of cigars to choose from, and it’s moved to the other side of the room. Loehr is there to help guide customers with their cigar selection. 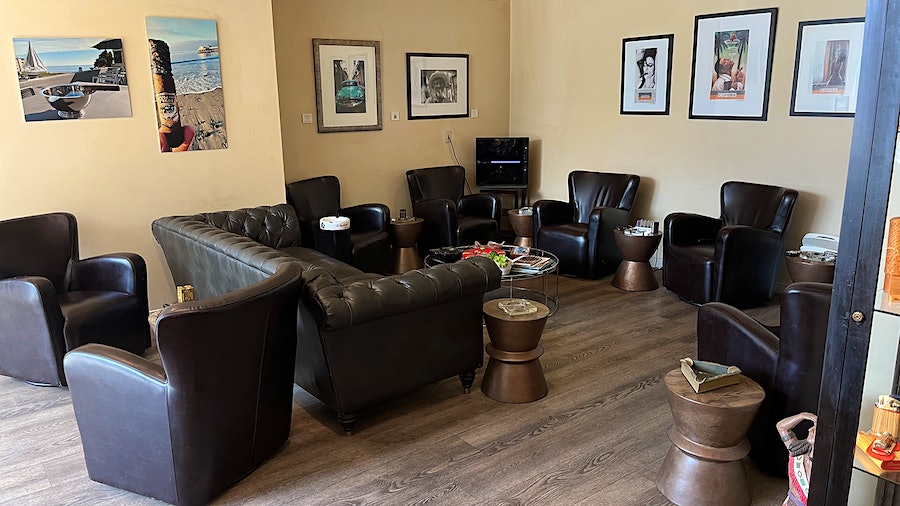 There are many Arturo Fuentes and Padróns, plus La Flor Dominicana, Ashton, Oliva, Aging Room, Plasencia, San Lotano and Tatuaje. Most of the cigars are in the $15 to $20 range—quite reasonable considering California’s high tobacco taxes. And quite reasonable for affluent and high-priced Malibu.

Loehr explains that the store is increasingly challenged by online sales of cigars, but that it’s fared reasonably well, even during the pandemic lockdowns. He says that people are always looking for deals, asking for a break.

“I just ignore them,” Loehr says.

The store has a $10 cutting fee if you want to smoke a cigar you brought.

“We had a really bad April [2020] but then started selling a lot of cigars to go,” Loehr explains. “Business picked up after that.” 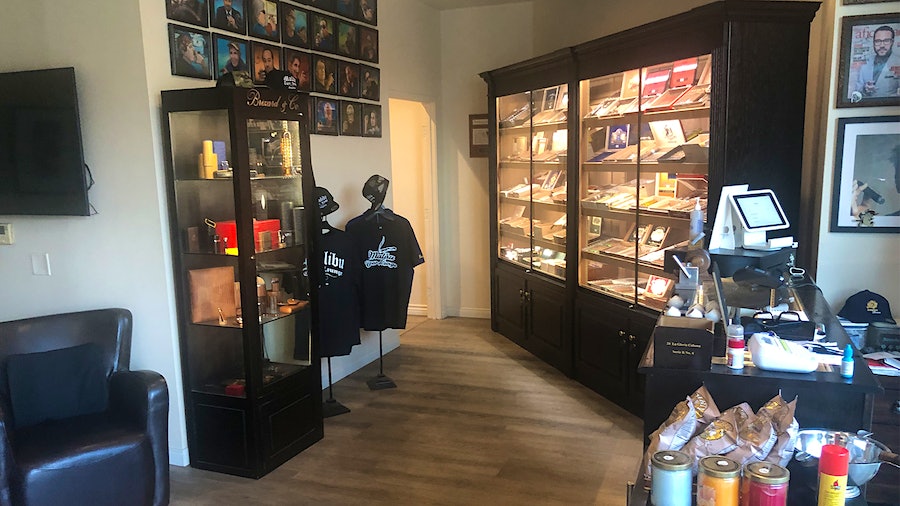 The outdoor space helped. Upstairs on the rooftop, a cigar lover lights up on the deck. He mentions that he’s in the music business and is full of stories, dropping some big music-industry names. This is cigar lounge culture at its best. The ocean view is unbeatable. 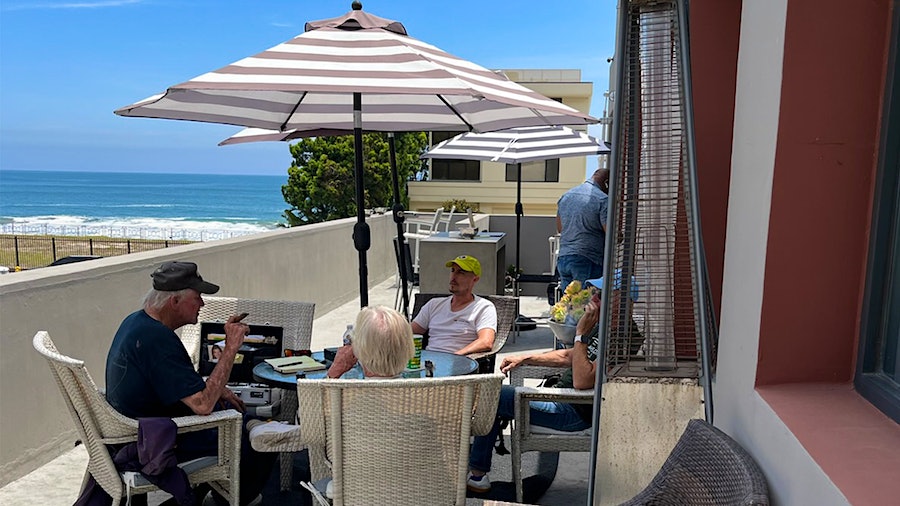 Malibu Cigar Lounge is found on the Pacific Coast Highway (PCH). Nobu, the famed sushi restaurant, moved in 2012 to a location a block away across the road. The PCH is often the faster alternative west out of Santa Monica, though it too can get very congested. Malibu Cigar Lounge is a good rest stop as you head home.

Read Next: Where To Smoke: The House of Grauer, Geneva, Switzerland