Tomorrow kicks off a nationwide cigar event called Bricktoberfest, J.C. Newman Cigar Co.’s celebration of its Nicaraguan Brick House brand, and 150 participating tobacconists will be selling a limited-edition cigar made just for this occasion.

Called the Brick House Bricktoberfest 2022, the pigtailed toros measure 6 inches by 52 ring gauge and come in 10-count boxes. Unlike the core Brick House line, which is made with an Ecuadoran wrapper, the Bricktoberfest is all Nicaraguan, rolled with a cover leaf grown in Nicaragua’s Jalapa region. It has a suggested retail price of $10 each, or $100 per box.

If your local tobacconist is part of the program, and you’re a fan of beer, you can get a complimentary beer stein shaped like a boot with a purchase of seven Brick House cigars. The idea is that seven cigars will fill the stein. 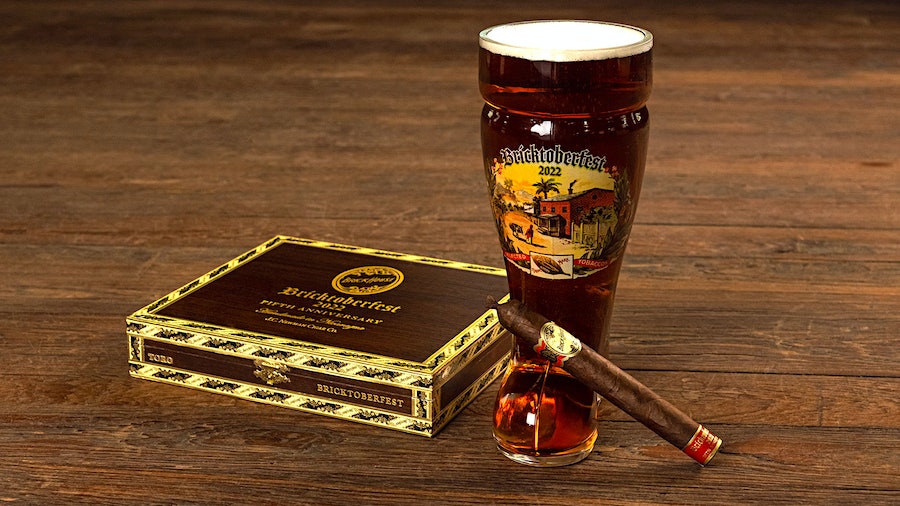 “This is our fifth annual celebration of beer and cigars, focused on our 85-year-old Brick House brand,” says Drew Newman of J.C. Newman.

Brick House is a handmade, wallet-friendly cigar line made in Nicaragua at J.C. Newman’s PENSA factory. It’s an old brand that company founder Julius Caeser Newman started in 1937. Brick House was retired for decades, but resurrected in 2009 and scores consistently well in Cigar Aficionado blind tastings.