La Flor Dominicana has a new blender in the family. Twenty-two-year-old Litto Gomez Jr., who works at La Flor with his father Litto, brother Tony and mother Ines, is about to release his first cigar blend. La Flor Dominicana Solis will be on display later this week at the PCA trade show in Las Vegas, with shipments to follow later this summer.

Solis is a one-size brand made with an Ecuador Sumatra wrapper, Ecuadoran binder and a mix of Dominican tobaccos from La Flor’s farm in La Canela. The cigar measures 6 1/2 inches long by 50 ring, and will retail for $12.20. It’s meant to be medium-to-full in body.

The young Gomez worked on the cigar slowly, during breaks from college, when he would spend time with his father and brother at the La Flor Dominicana cigar factory in Tamboril, Dominican Republic. 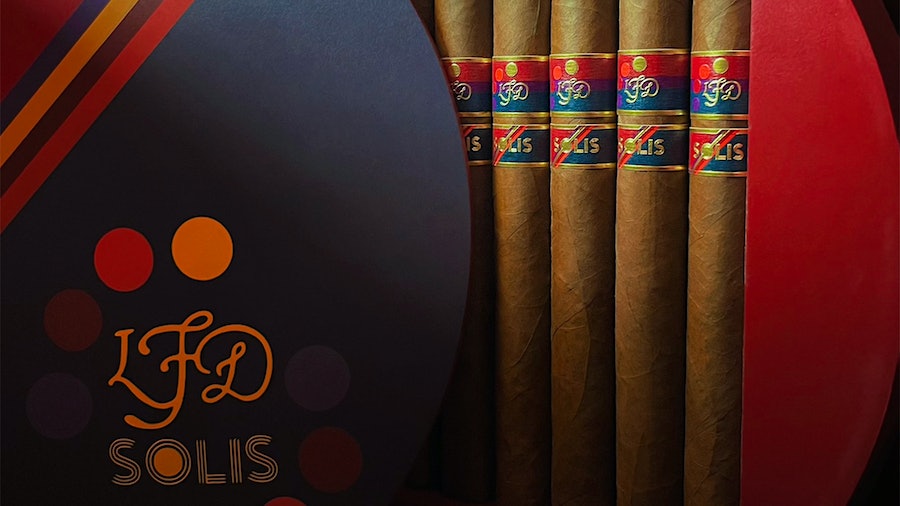 Gomez Sr. loved the first blend Litto Jr. made, but he sent his boy back to the blending room. “He went to the blending guy at the factory and said ‘what are the best tobaccos we have here?’ … They guy rolled them up, the cigar came out great and I loved it. Then I said to him, ‘OK, this blend is not going to go. On your next trip, I’m going to put out all the leaves from our factory. And you’re going to smoke each of them individually—then you are going to choose which ones go together.”

Solis comes from the Latin word for “sun,” and the smoke is meant to contrast with Tony Gomez’s project La Nox, which has images of the moon. “I was inspired by my big brother’s project La Nox and I wanted to and I wanted to create something that contrasted it,” Gomez Jr. said.  “We have pretty different personalities, and I thought that the sun and the moon were a perfect metaphor to describe us.”