It’s a busy week for La Palina Cigars as the company is not only shipping out two new sizes of La Palina Goldie, but also its White Label Toro, a smoke made exclusively for retail members of the Tobacconists’ Association of America.

La Palina Goldie is an annual release that typically comes out as one size but this year there will be two: Laguito No. 1, measuring a slender 7 inches by 38 ring gauge, and Prominente, a larger, 6 1/2 by 48 cigar offered only to retailers who attended the PCA trade show in July. Last year’s Laguito No. 6, was the thickest Goldie to date, whereas these two will be among the thinnest.

Made at the El Titan de Bronze factory in Miami, both sizes are topped with the signature fan-tail caps typically seen on Goldies and feature an Ecuador Habano wrapper, Ecuadoran binder and a mix of Dominican and Nicaraguan fillers (the latter of which includes a small amount of medio tiempo).

Total production for the Laguito No. 1 is limited to 1,000 boxes and only 300 boxes for the Prominente. Half the cigars are shipping this week while the second half is expected to ship in October. Both sizes of La Palina Goldie come in 10-count boxes and retail for $23 per cigar. 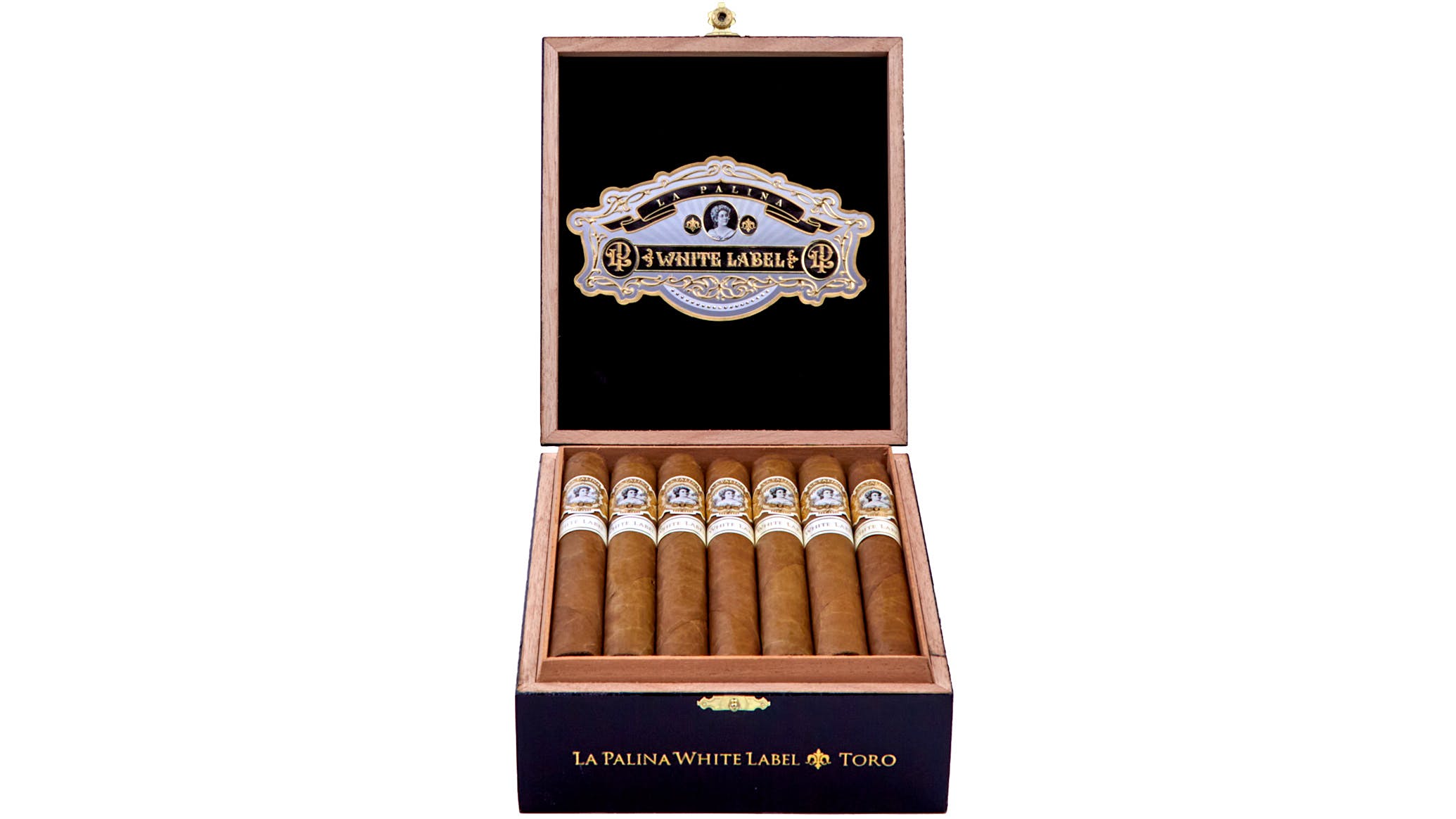 Originally slated as the TAA exclusive for 2020, the La Palina White Label TAA Exclusive Toro is also on its way to retailers. The cigar was delayed due to the outbreak of Covid-19 and in the interim, production of the White Label shifted from Scandinavian Tobacco Group’s HATSA factory in Honduras to an undisclosed factory in Nicaragua with a different blend. The original version was to have an Ecuador Connecticut wrapper with Nicaraguan internal tobaccos but now White Label features a Connecticut-seed wrapper grown in Honduras, Mexican San Andrés binder and filler from Mexico, Nicaragua and the Dominican Republic.