Share
The Balmoral Paso Doble is the second cigar released under the collaborative Balmoral Serie Signatura.

European company Royal Agio Cigars has collaborated with cigarmaker Litto Gomez of La Flor Dominicana fame for a new brand that will be showcased at Royal Agio’s booth during the upcoming trade show: the Balmoral Paso Doble.

The new cigar is made at Gomez’s Tabacalera La Flor S.A. factory in the Dominican Republic and combines tobaccos from the inventories of both Gomez and Royal Agio.

“I have a tremendous amount of respect for Litto’s work,” said Boris Wintermans, CEO of Royal Agio, in a release. “Like me, he is obsessively passionate about pushing the boundaries of what can be discovered in premium cigar blending.”

The Balmoral Paso Doble is the second cigar released under the collaborative Balmoral Serie Signatura. Last year, Royal Agio partnered with Ernesto Perez-Carrillo for the Dueto.

Unlike many cigar companies, La Flor seldom makes cigars under contract . “This is not something we normally do,” Gomez said in a release. “For Boris I made an exception.” 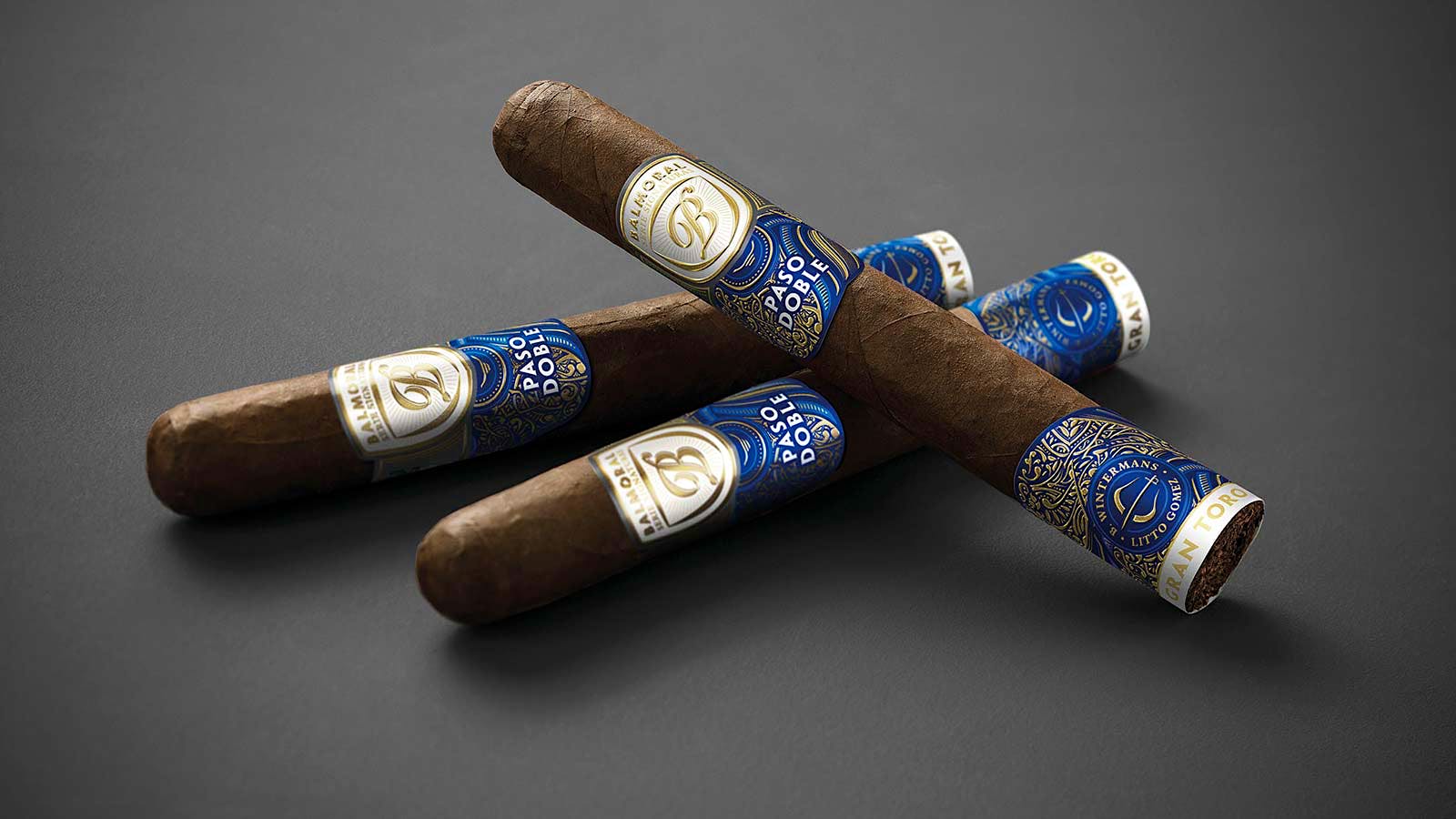 This isn’t the first time that the two companies have worked together. Royal Agio began distributing La Flor Dominicana cigars in Germany and the Netherlands last year. Gomez was so pleased with the partnership that it led to this cigar brand. “When Boris asked me to collaborate on a blend with him, I did not think twice,” he said.

The Balmoral Paso Doble is a regular-production cigar made in limited quantities. It will be distributed by Royal Agio and should start shipping to retailers in August.