Justin Thomas entered the week of the 2021 Players Championship with a heavy heart. His beloved grandfather Paul Thomas, his biggest fan and himself a PGA pro, had died just a few weeks before.

Thomas was looking for some sort of a spark to raise his game at TPC Sawgrass, a course he liked but had yet to win on after his first six appearances. After opening with two so-so rounds of 71-71, Thomas went for broke in the third round to shoot a 64. But on Sunday, he made a three-putt bogey on the eighth and trailed Lee Westwood by three shots. Then he amped up his power and found his touch. Back-to-back birdies on nine and 10, a laser 4-iron that led to eagle on the 11th, a birdie on 12. When he walked off that green, he had a two-shot lead, which dropped to one shot after bogey on 14.

Then it was time for him to navigate TPC Sawgrass’ Mayhem Corner, the water-laden last three holes on the course. He held his nerve coming down one of golf’s most dangerous finishes, going birdie-par-par, his drive on the 18th barely clearing the water. He shot 132 on the weekend for his 14th, and most recent, PGA Tour win. 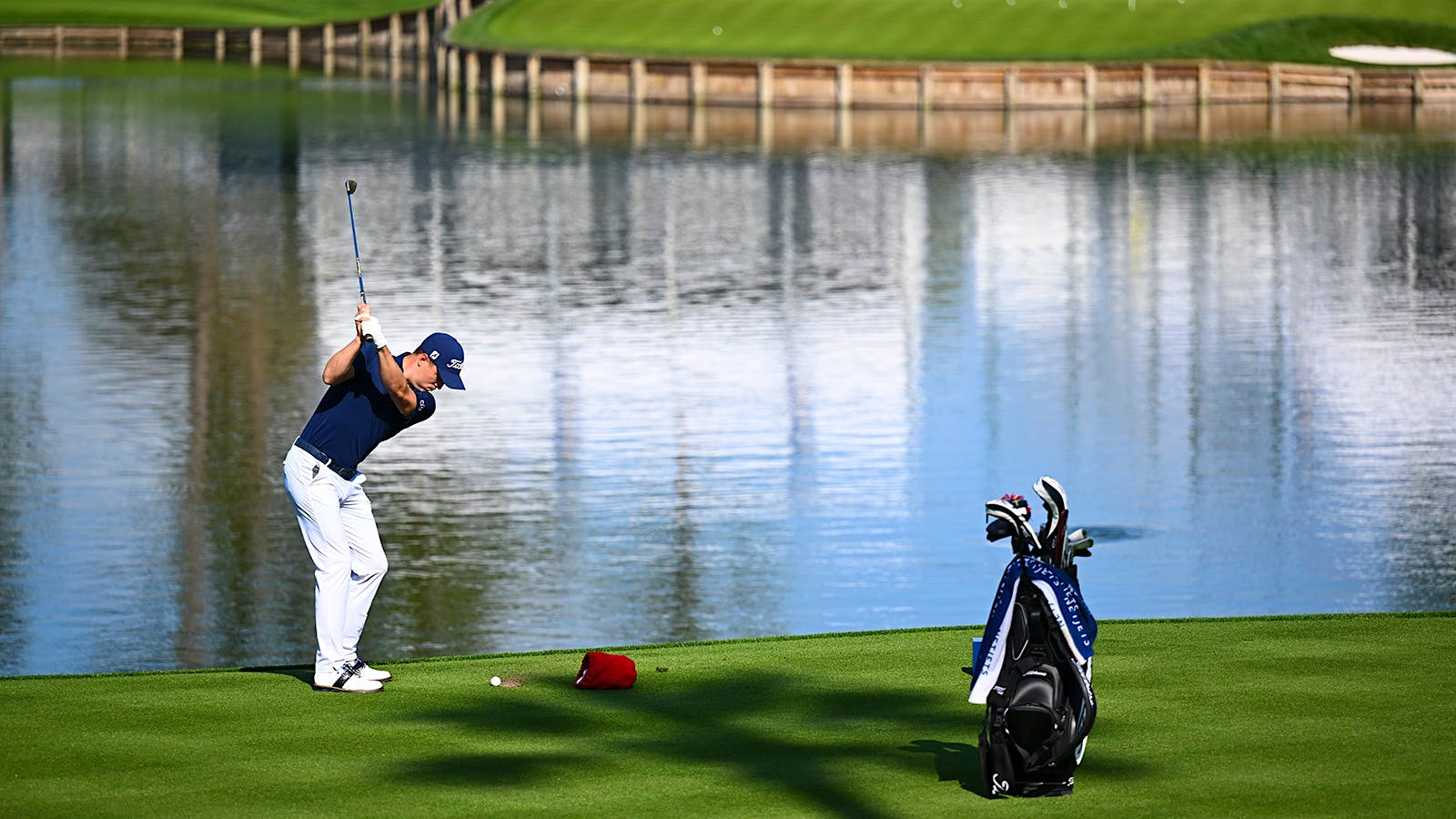 “I love this place,” Thomas said in late February, on the site of TPC Sawgrass. Tomorrow he will tee off at 12:56 pm, in hopes of becoming the first man to successfully defend his title in The Players. “It’s a shot-makers course and you need to ball-strike it well. You have to have control of the ball. You need to work it both ways and hit a lot of shots. That is something that appealed to me when I first came here. I felt, when I first came, it was a place I was going to have success at. Hopefully last year isn’t the only time I will bring the trophy home.”

Sawgrass’ finishing holes have produced spectacular finishes and heartbreaking losses, especially the 17th, a devilish island green par 3 where many a player’s shots have found a watery grave. It tests a golfer’s mettle just as much as it tests his swing. And with massive crowds surrounding that green during the tournament, it’s time to suck it up.

“It’s hard to prepare yourself for that kind of adrenalin and those kind of feelings,” said Thomas, describing what goes through a player’s guts when he’s coming down that perilous stretch with a chance to win. “You can’t emulate it when you are at home practicing by yourself. There is only so much adrenalin you can create without actually being there.”

No player has ever defended a Players championship, including the great Jack Nicklaus who won the event a record three times (1974, 1976 and 1978) but never two years in a row. And this year the stakes are higher than ever before, with a $20 million prize pool and a $3.6 million check for the victor.

“I have a lot of great memories here, but just because you’re excited doesn’t mean it’s going to be handed to you,” said Thomas. “I have to put in some work and get ready to try to defend.” And you can expect that Thomas, one of the game’s hardest workers, will be as ready as anyone to defend.

“Being in the champion’s locker room and seeing my picture around the clubhouse a little bit is something I hope to see more often as the years go on,” said Thomas. “I love this place. I really do.”