Former NFL quarterback Jay Cutler, who hurled spirals for the Chicago Bears, Denver Broncos and Miami Dolphins in a 12-year-career, has created his own cigar brand. Called Outsider, the one-size smoke will be limited in production, selling for $30 apiece and packed in boxes of 10. The cigars measure 7 inches long by 50 ring gauge, and the first batch of the cigars left the Dominican Republic this week.

The smokes are being made by Hendrik Kelner Jr., who used an Ecuador Connecticut seed wrapper, Dominican binder and a mix of Dominican and Peruvian filler. Some of the tobacco was grown on Kelner family farms, including farms owned by Kelner Jr.’s father, Henke Kelner, who once made the Davidoff brand.

Cutler got into cigars early in his NFL career, with the Broncos, the first team he played for. “When I first got drafted to Denver [in 2006], Mike Shanahan was the coach, and he smoked cigars, loved cigars,” Cutler told Cigar Aficionado. “At the end of every preseason he would have a party at his house, and he always had someone rolling fresh cigars…that got me started.”

Cutler’s interest in cigars only grew during his last NFL stop, when he played with the Dolphins. “When I was in Miami, my last year in ’17, we would go to cigar bars quite a bit, sit there and smoke, and that was a cool little introduction.” 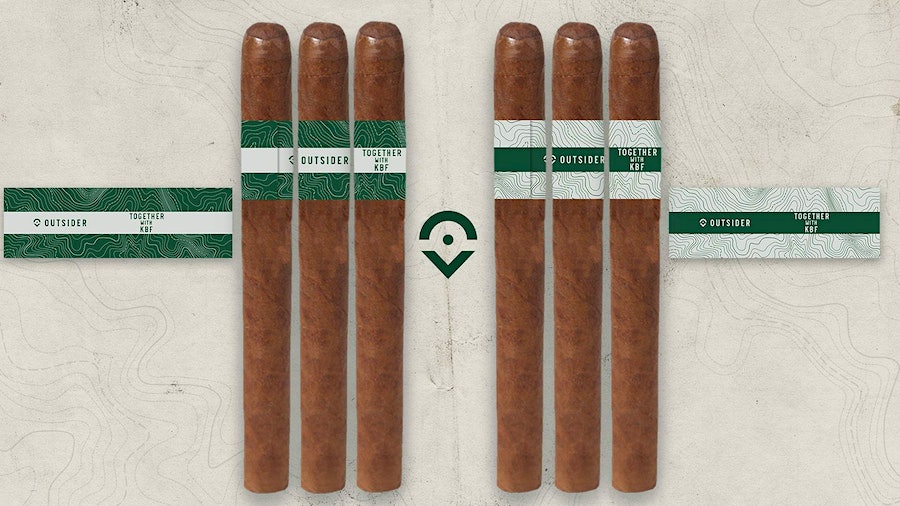 Cutler was spending plenty of time—and money—in cigar bars in his hometown of Nashville. Sitting one night in Red Phone Booth, smoking Atabeys, Cutler thought he might have a way to save a little money.

“I was like guys we’re just racking up bills—can we just make our own cigars?” he said with a chuckle and a smile. “At some point it’s got to be cheaper.”

When it came time to figure out the blend on Outsider, Cutler left it to Kelner. He and his partners told the blender they were looking for something mild and a little sweet, with maybe a touch of spice, and on their visit to Kelner Jr.’s cigar factory they sat down to four cigars, each with a different blend. Shockingly, they loved the first one.

“I was like, this is amazing,” says Cutler with a smile.

The first batch of Outsider will be only 700 boxes, and Cutler plans to add more.

Outsider was founded by Cutler and Shannon B. Terry, the former owner of Rivals.com, 247Sports and other companies. Described as a media and lifestyle company, cigars are only one small part of the wide range of products Outsider intends to have on the market.