J.C. Newman’s historic El Reloj Factory, located in the heart of Tampa, has been producing cigars since 1910. But the combination cigar factory and museum has artifacts that are even older than the establishment itself—the company recently acquired a box of 100 perfectly pristine Cuesta-Rey cigars from 1906. The cigars were added to J.C. Newman’s three-floor museum where they will be preserved and displayed for future generations.

Though the cigars are technically still smokeable, after 116 years (many of them spent outside of a humidor) the tobacco’s flavor has surely diminished. The Newman family decided their value was much greater as an exhibit at their growing museum. 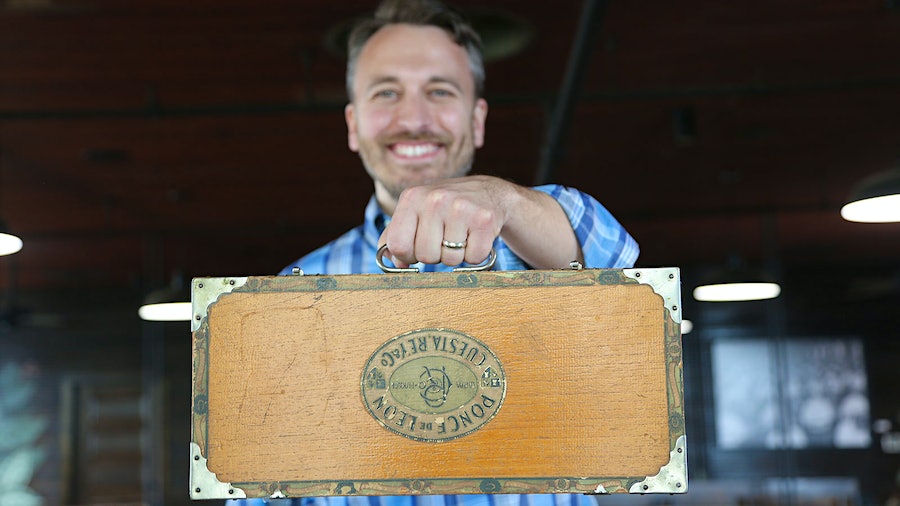 The box of cigars is a sampler’s case that features what was then Cuesta-Rey’s new line of Ponce de Leon smokes, which were hand-rolled in the United States with Cuban tobacco, as were many cigars from around the turn of the 20th Century. The display case carried 100 cigars in total, separated into five trays that were further denoted by sections of five based on the 20 different shapes and sizes the line of cigars came in. The display case was created by Tampa’s Cuesta-Rey Cigar Co., which commissioned a handful of traveling salesmen to visit retailers across the nation to introduce the new cigars. But how have the cigars fared so well after all this time?

J.C. Newman says a dark, dry basement in Texas played some part in the healthy survival of these smokes. A Dallas man kept them in his cellar for years, but it’s unclear for how long or where he got them from in the first place. Eventually, however, he decided to give them to a friend, Ralph Stow, who used the item in a charity auction to support Folds of Honor, a nonprofit organization that helps families of fallen and disabled service members obtain educational scholarships. Stow, who assists with the auction, soon decided that these smokes deserved a better fate than ending up in the hands of an individual. 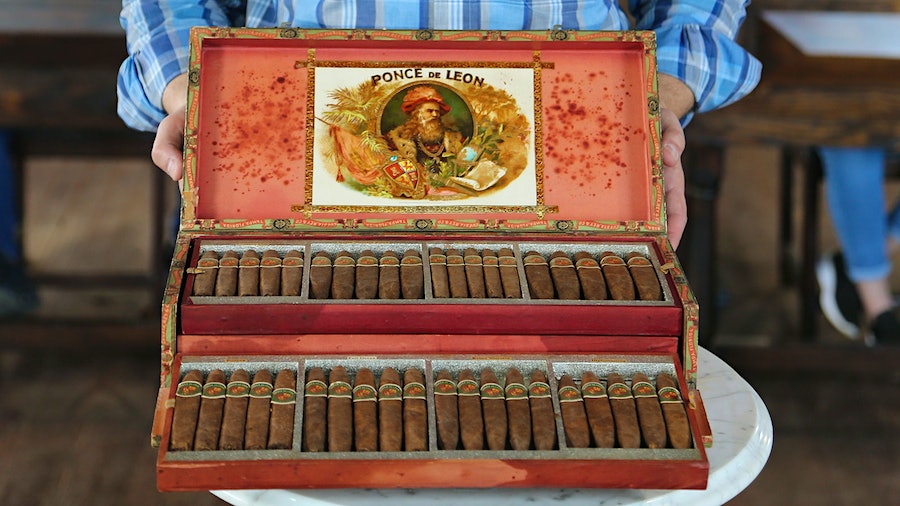 Shown here are two of the five trays of cigars that come in this display case.

Stow began researching Cuesta-Rey which led him to J.C. Newman, who has owned the brand since 1958. Seeing that J.C. Newman operated a cigar museum, Stow quickly understood this was the perfect home for the sampler’s box. With the auction still in mind, Stow proposed a trade, the cigars in exchange for promotional items to be auctioned off in their place. Newman offered up two four-foot-tall hand-painted sculptures of cigars and Stow accepted.

Cuesta-Rey was one of Tampa’s biggest and best-known cigar brands for much of the 20th century. Its history goes back to the late 19th century, when a young Spanish immigrant Angel LaMadrid Cuesta started a cigar factory and quickly garnered a reputation as a premier cigar roller. A few years later, he formed a partnership with Peregrino Rey and Cuesta-Rey was born. Their cigars earned them the respect of high society, particularly Spain’s King Alfonso XIII, who honored Cuesta with the title of “Tobacco Purveyor for the Spanish King and Court.” 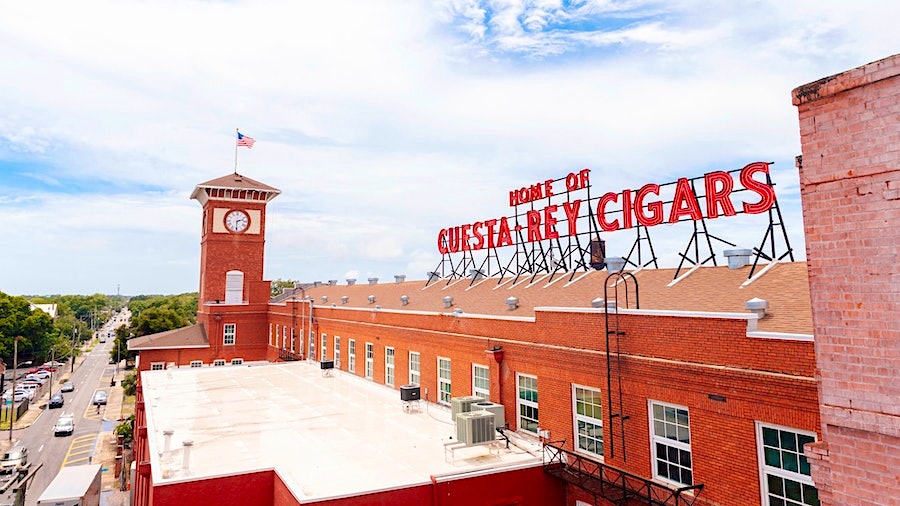 J.C. Newman, originally operating in Cleveland, was also a 19th century conception, so it was only natural that a few years after the company moved to Tampa they would purchase the Cuesta-Rey brand, which happened in 1958. For a time, Newman transitioned Cuesta-Rey into a machine-made brand, but it was still a huge seller in drugstores and supermarkets. Eventually, Stanford Newman, longtime patriarch of the family business, would collaborate with another industry legend, Carlos Fuente Sr., to transfer the production of Cuesta-Rey to Tabacalera A. Fuente y Cia in the Dominican Republic, returning the brand to hand-rolled craftsmanship. The partnership between the families continues today and Cuesta-Rey remains a prominent brand for J.C. Newman after years of serving as its flagship cigar.

To see the historic box of cigars yourself, visit El Reloj in Tampa, open to the public on weekdays from 9:00 a.m. to 5:30 p.m. Guided factory tours are available for charge of $15 per adult and $12 per person for seniors, students and veterans.