A throwback from 1940s Cuba returns as the Yagua is coming back to market. Introduced by J.C. Newman last year, Yagua is made by using palm leaves (known as yagua) to create the shape of a cigar, rather than using molds or presses, like nearly all of the handmade cigars on sale today. The cigars go into the palm wet from the rolling table, giving each smoke a unique shape.

Yagua cigars resemble a range of geometric shapes, from multi-sided hexagonal cigars to a more traditional-looking, rectangular box press. The Tampa-based company will be releasing 1,000 boxes from its aging room this week. Every box holds 20 cigars, each cigar measuring approximately 6 inches by 54 ring gauge. It would be wrong to say precisely, as the smokes are subject to human error and the conditions of being in a tight bundle that forms their shapes. 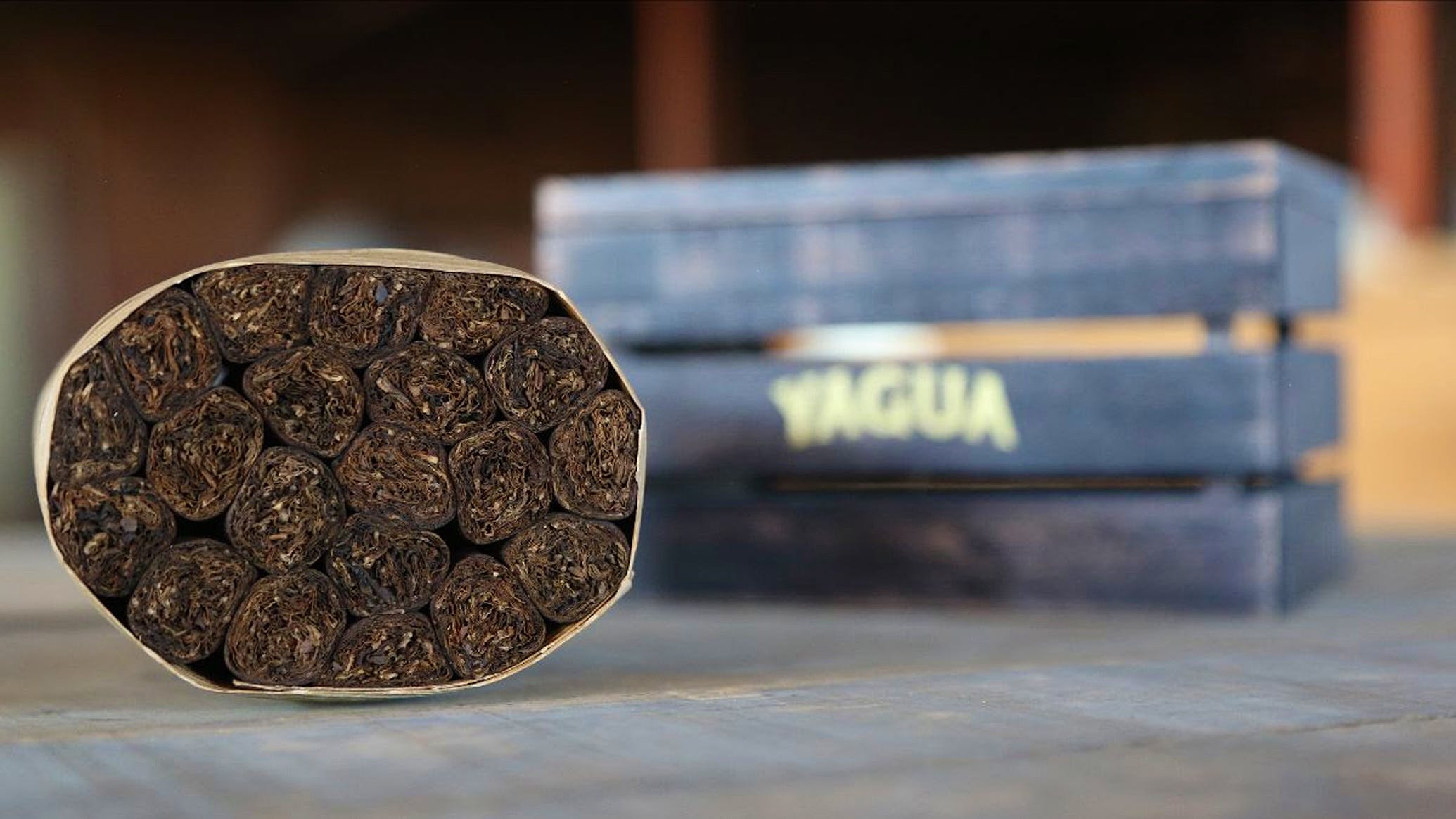 Yagua cigars are wrapped in a tight bundle like this while they’re still wet from the rolling table, so they take on all sorts of shapes as they age.

The old tradition comes from a story that Lazaro Lopez, general manager of J.C. Newman’s PENSA factory, shared with Drew Newman over dinner: “At our family farm, my grandfather would take fresh tobacco leaves from the curing barns and roll cigars without any molds or presses. In an attempt to give his cigars a traditional shape, he would tie a handful of them together using pieces of the Cuban royal palm tree, known as the yagua. When he was ready to enjoy his personal cigars, he untied the bundle.” 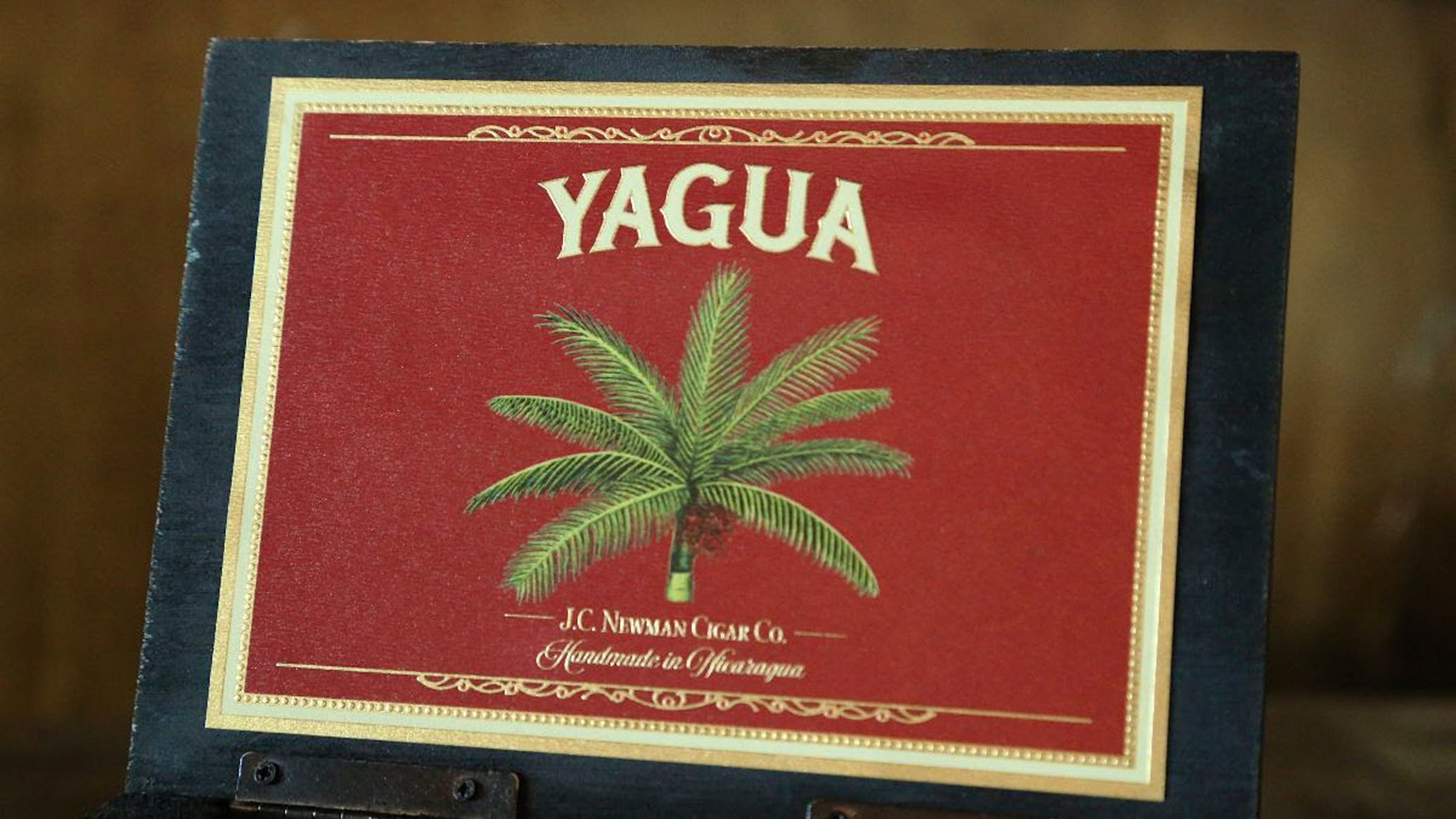 The inner lid of the box pays tribute to the palm tree whose leaf bundles the cigars tightly.

J.C. Newman’s Yaguas are not made with uncured leaves, as in the story, but they do use “under fermented” Connecticut broadleaf wrappers. Due to the shortened fermentation, J.C. Newman ages the cigar for one year before release.

“After hearing Lazaro describe the beautiful Yagua cigars he remembers from his youth in Cuba, I asked Lazaro if he could make this special cigar at our factory in Nicaragua,” said Drew Newman.