Share
A box of pre-embargo Cuesta-Rey Magnificos made in Tampa with Cuban tobacco. Note the authenticity seal verifying that the tobacco was imported from Cuba.

When Drew Newman of J.C. Newman Cigar Co. read an article about the legal importation of Cuban coffee into the United States, he had an idea: why not tobacco? Of course, the obvious answer is the 60-year-old U.S. embargo on Cuban cigars and tobacco, but he figured if the U.S. government allowed Cuban coffee to come into the United States, then his family’s Tampa, Florida cigar company should be able to do the same with tobacco. Newman was so inspired by this idea that he decided to petition the government. Yesterday, he sent a letter to the Office of Economic Sanctions Policy & Implementation asking that the U.S. Department of State rethink its position on importing raw, unfermented Cuban tobacco leaf.

More than 125 years old, J.C. Newman Cigar Co. has a long history with Cuban tobacco. Like many American cigar manufacturers before the 1961 embargo, the company (then known as M&N Cigar) imported tobacco from Cuba and rolled the cigars in the United States, first in Cleveland and then in Tampa, creating a product known as a “Clear Havana.” From a tax perspective, it was far less expensive to import raw leaf and make the cigars in the U.S. than to import finished, branded cigars that were made in Cuba, which is why Clear Havanas were generally less expensive than Cuban-made brands such as Romeo y Julieta or H. Upmann. 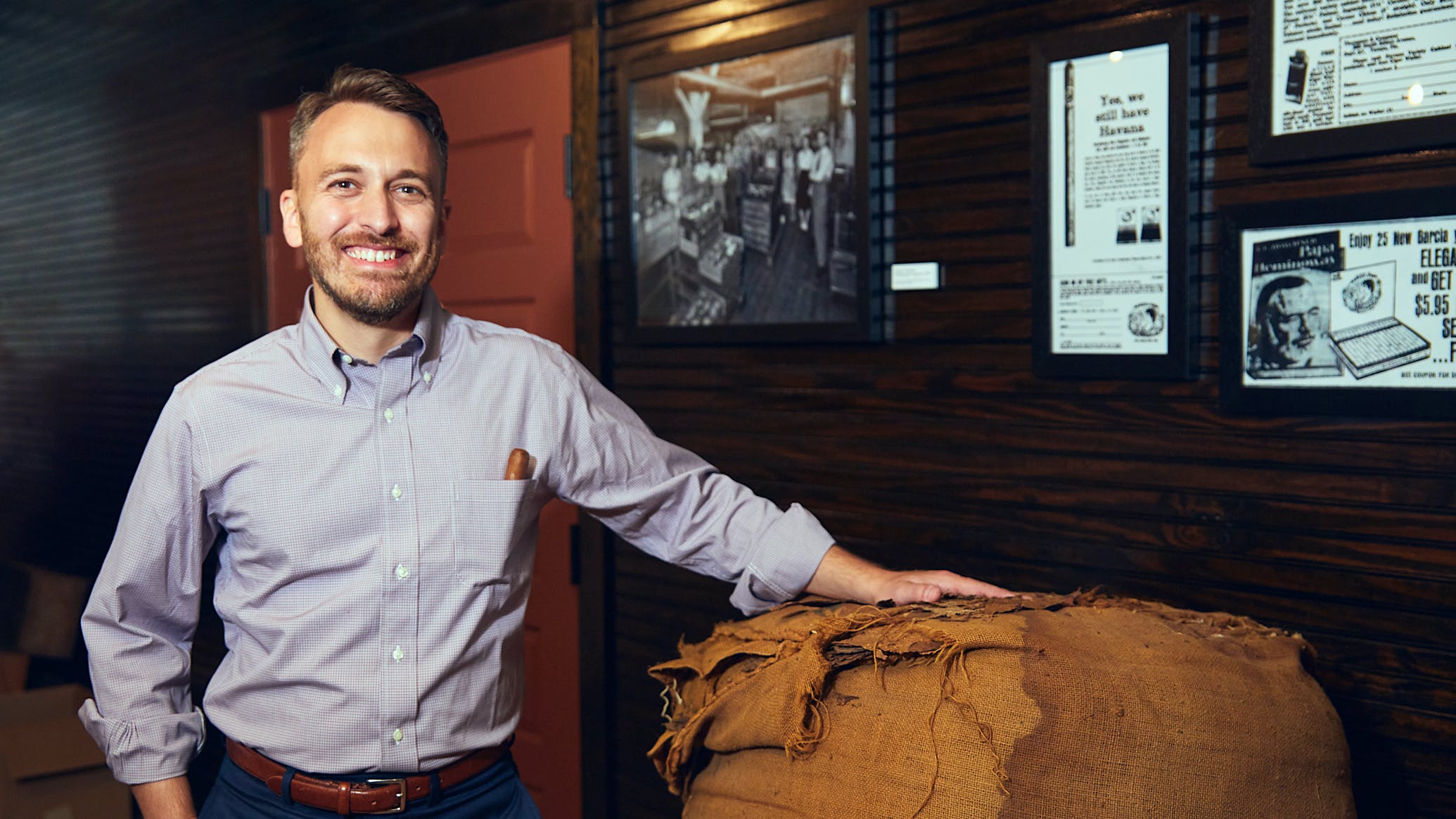 Drew Newman, fourth-generation owner of J.C. Newman Tobacco Co., stands with a bale of pre-embargo tobacco that his family imported when it was still legal to bring Cuban leaf into the U.S.

“Before President Kennedy imposed the Cuban embargo, my family imported millions of pounds of Cuban tobacco into the United States,” Newman said. “We rolled Clear Havanas, cigars that were made entirely from Cuban tobacco, in our El Reloj cigar factory in Tampa.”

If the petition works, it would be a return of sorts to the old, pre-embargo days for J.C. Newman, a return the 39-year-old Newman hopes he’ll see in his lifetime. On a larger scale, such a policy change would not only create new opportunities for J.C. Newman, but could possibly re-ignite an entire industry of Clear Havana production in the U.S.

“Prior to the embargo, far more cigars were rolled with Cuban tobacco in Tampa than in Cuba because Tampa was home to the world’s best cigar factories,” Newman says. “Allowing us to import Cuban tobacco leaves would allow us to support independent Cuban farmers and to prove, once again, that we can roll better cigars with Cuban tobacco than Cuba can.” 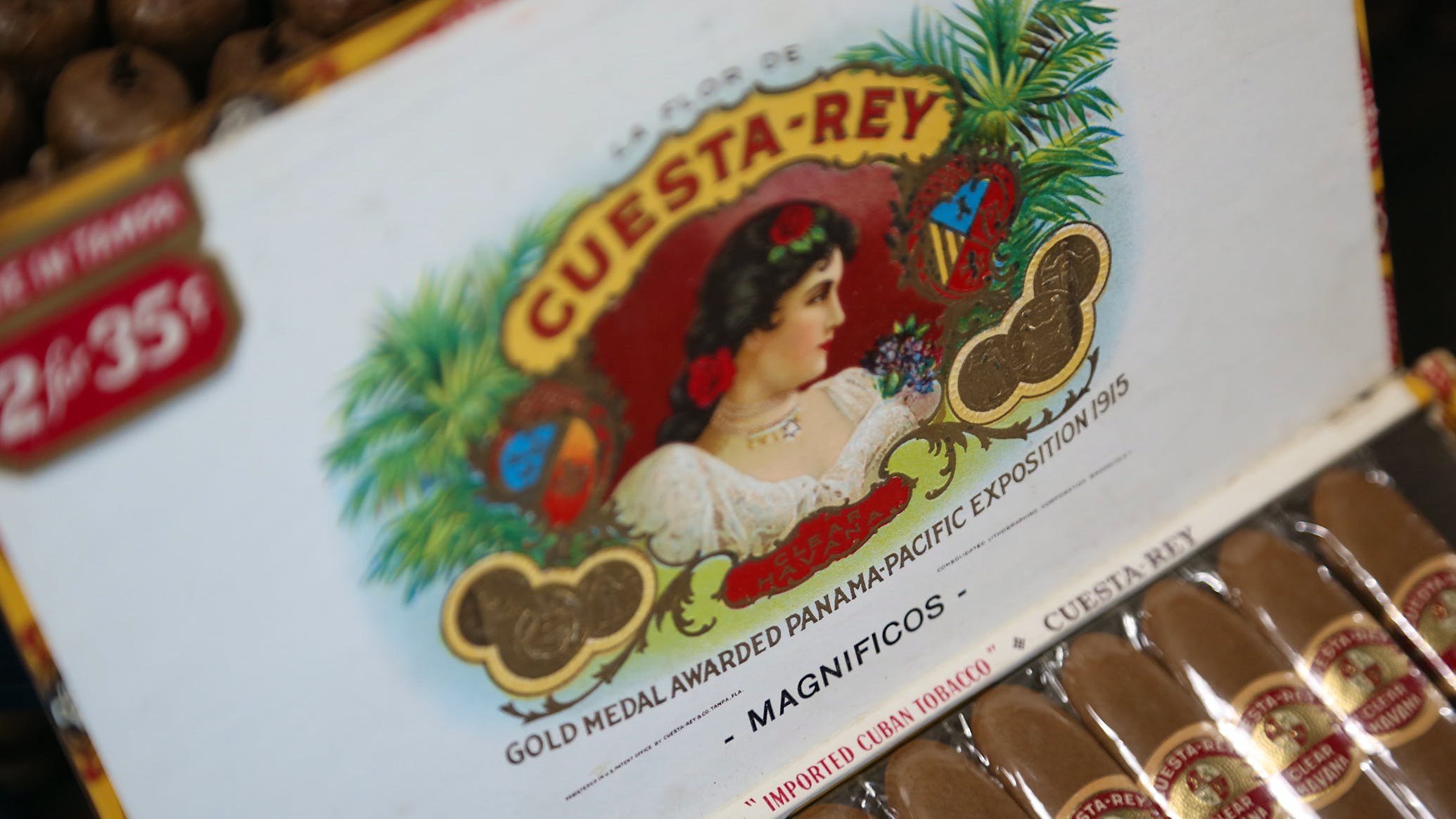 You could see boxes of Clear Havanas like this again if Drew Newman is successful in legalizing the importation of Cuban leaf.

It’s certainly an ambitious proposal, but it’s not without its political problems. Even if the U.S. grants Newman his wish, there are more potential obstacles to overcome regarding Cuba’s complicated economic policies on private ownership and trade. Most major businesses in Cuba, whether industrial or agricultural, are nationalized under the present Communist regime, meaning that most transactions are technically property of the Cuban government. While recent reforms in Cuba have led to some private ownership, dealing with an “independent Cuban farmer” may prove to be difficult if the government decides to step in, as tobacco is a prized—and tightly controlled—source of income for the cash-strapped nation. For this reason, Cuban officials may not be willing to allow farmers to sell off portions of such a lucrative crop if it brings no income to the country.

But there’s an additional hurdle. Habanos S.A. is still extremely protective of its tobacco appellation and how the origin of denonimation (D.O.P.) is marketed globally. Habanos, a state-run monopoly formed in 1994, controls the promotion and distribution of all premium, handmade cigars that leave the island. Only Habanos can legally classify a cigar as being Cuban or containing Cuban tobacco, and there are presently no third-party premium cigars containing Cuban leaf that Habanos has officially sanctioned.

None of this seems to worry Newman much. He’s confident that if he can get stateside permission to import tobacco, his company will find a way to do business that leaves the Cuban government out of the equation.

“The Cuban government should not be afraid of having independent farmers export their tobacco to the United States,” he says. “If the Cuban government believes that their cigar rollers are some of the best in the world, they should not be afraid of having American cigar makers roll cigars with Cuban tobacco again just like we did before the embargo.”