When you’re celebrating 125 years of business, who cares if the party has to wait a year or two? The celebration for J.C. Newman Cigar Co. turning 125 finally took place on November 19 in Tampa, Florida. The party was held on the grounds of Newman’s historic El Reloj cigar factory, lovingly restored and opened to the more than 700 guests who came from around the United States and 12 countries to attend.

J.C. Newman was founded in 1895, so the company’s true 125th took place in 2020, but the last two years were quite chaotic and abnormal from the pandemic, so the Newman family pushed the celebration to 2022.

What’s a party for a cigar company without cigars? There were two special smokes for the evening, one that will begin appearing in limited quantities in 2023. 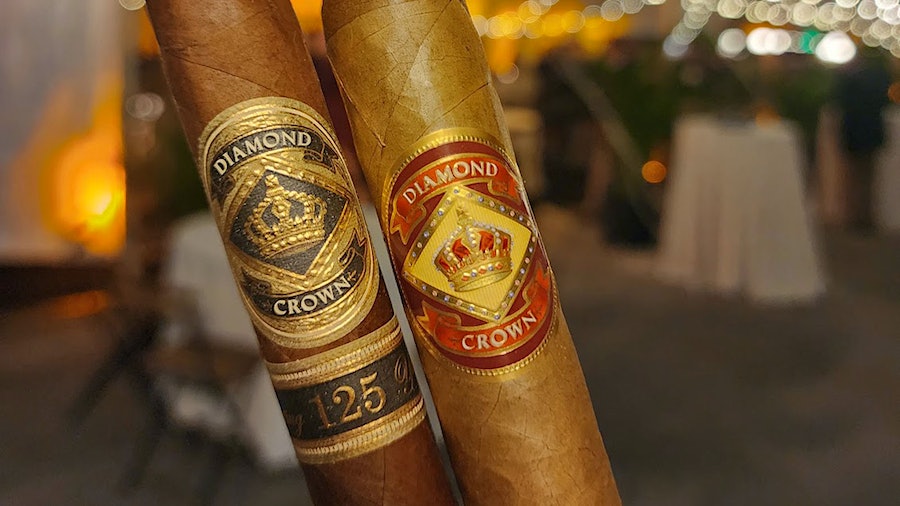 “We celebrated with two special cigars,” said Drew Newman of J.C. Newman. “The first was a Diamond Crown Classic No. 4, the cigar that my grandfather Stanford J. Newman and Carlos Fuente Jr. created for our company’s 100th anniversary in 1995. Additionally, we released our new Diamond Crown 125th Anniversary Toro cigars for the first time at this party. It’s a tremendous cigar that Carlito, Rich Dolak and I created in 2019 to celebrate this major milestone and have been saving for three years. We look forward to releasing a limited number of Diamond Crown 125th Anniversary cigars to select retailers next year.”

El Reloj was created in 1910, and it has been the Newman’s home since 1954. The company makes cigars by machine on these grounds, as well as a limited number of handmade smokes including The American. It’s a three-level working cigar museum, open to the public.

“We offer three guided factory tours every weekday along with cigar rolling classes on Friday afternoons,” said Newman. “Next year, we’ll be adding cigar blending classes, too.  We also host dozens of weddings and other events each year.”