One of the most powerful storms to ever hit Florida, Hurricane Ian, brought destructive winds and floodwaters from both sea and air across the state, where many of America’s cigarmakers make their headquarters. At least 19 people have been confirmed dead in Florida so far, a number that is almost certain to grow. Some two million people remain without power, and the storm is moving toward South Carolina for a third landfall—it also ravaged Cuba.

Cigar Aficionado reached out to Florida’s cigarmakers to discuss the impact of the storm. 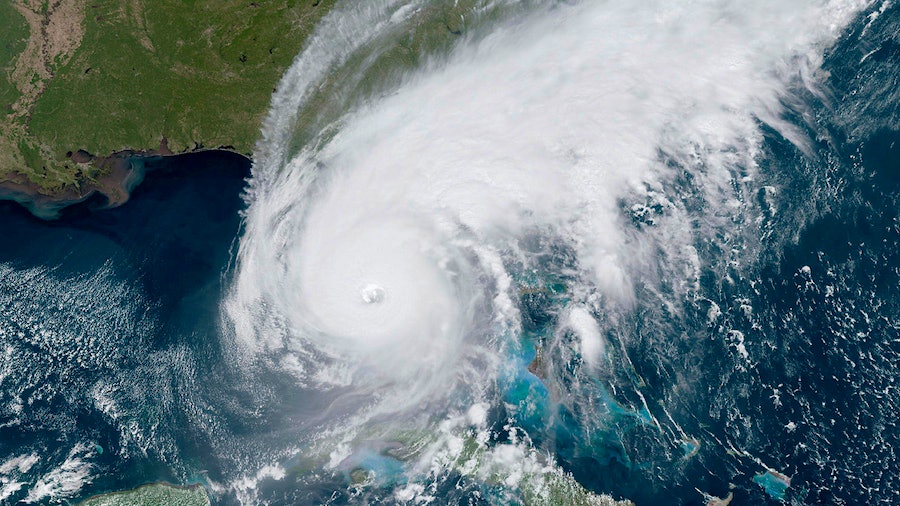 A satellite view of the storm as it struck Florida. (Photo/EOSDIS/NASA/Alamy Live News/Alamy Stock Photo)

Naples
Rocky Patel Premium Cigars was hit extremely hard by the storm—the company makes its headquarters in Naples, only a few miles from Cayo Coco, where Hurricane Ian made landfall.

“People are just in shock here—everybody expected it to go north of us. This thing turned and it just sat here…the water started coming in…damage is pretty bad,” Rocky Patel says. “My mailbox was under the water. There’s no power, there’s no water. The office has no power—I don’t know when we’re going to be able to go in there. It might be weeks. Thank God everybody is ok. We haven’t had any issues with people getting hurt.” 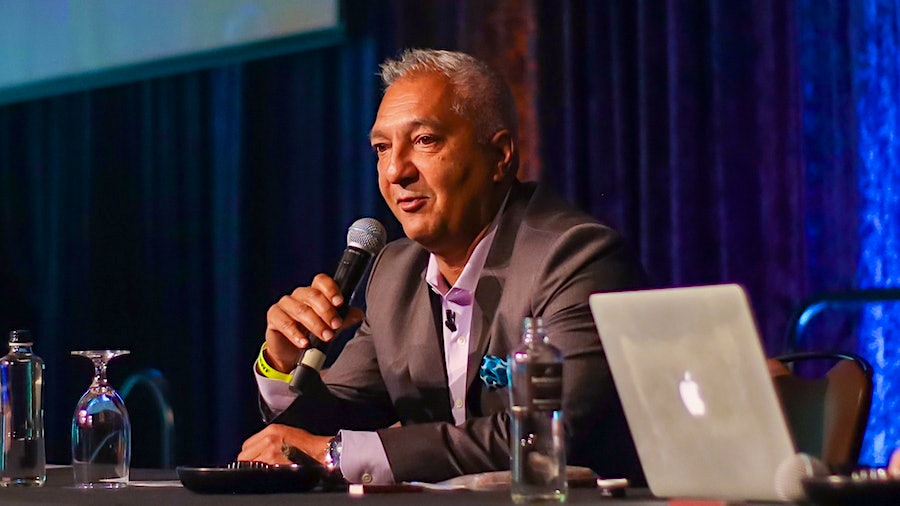 The savagery of the storm ripped down many cell phone towers in the area, making it extremely difficult for Patel to communicate. He has to travel to use his phone. He wanted to stress to everyone who had been asking that he and his team are OK, and he apologized for not being able to get the word out personally.

His headquarters and warehouse survived largely intact, but it’s without power. “We’re trying to get generators, somehow finagle a generator and reopen the office. It might be weeks before we get power back,” he says. Power has just been restored to Burn, his Naples cigar bar. “They just got power yesterday I don’t know how…they have power, so we’re literally all headed there now.” On a more optimistic note, Patel says it could even open soon.

“Thank you for your concerns—we’re all safe. I can’t get back to everybody. On behalf of the whole Rocky Patel family, we appreciate everybody’s concern.”

Tampa
Tampa was originally forecast to be ground zero for the hurricane. Arturo Fuente Cigar Co. makes its headquarters there.

“There is horrific destruction neighboring Tampa, but Tampa was fortunate of no direct hit. The surge would have demolished the city,” says Carlos Fuente Jr., the company’s owner and president. “Lots of cleaning and fixing up needed but everyone is safe.”

The company shut down for two days, but is operating today.

Members of the Newman family, who are also headquartered in Tampa, evacuated to Orlando.

“We are very, very thankful that Tampa and Ybor City were spared again. Aside from losing a 25-foot section of gutters and a few leaks (not uncommon in our 112-year-old building), El Reloj is in great shape,” says Drew Newman. “Like the rest of Ybor City, we lost power during the storm but service was restored last night and we’ll be rolling 50,000 cigars again today.”

Orlando
Although the central Florida city of Orlando is far from the coast, it felt a heavy impact from the hurricane, with more than a foot of rain in parts of the city. Orlando is the home of Corona Cigar Co., a major cigar retailer.

“We had some damage, but in the grand scheme of things we did good,” said owner Jeff Borysiewicz. Damage included having one of his signs ripped off his original store on Sand Lake Road, and the wind pressure was so extreme it blew one of the company’s ventilation ducts off the store ceiling. 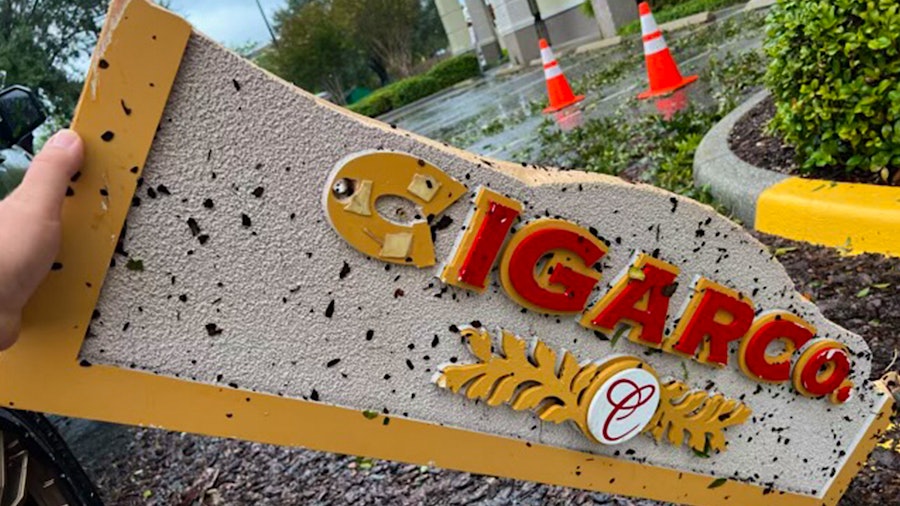 The Corona Cigar Co. sign was ripped during the harsh onslaught of Hurricane Ian.

“We never lost power, so that is huge.” He was shut down for two days, but is back open. Borysiewicz also grows tobacco in Cleremont, Florida, west of Orlando. “The tobacco we planted just before the storm looks OK. Just got some cleanup to do and clear a road to the farm.”

Fort Lauderdale
On Florida’s southeast coast, the damage from Ian was minimal, but it still shut down business for a day. “Both the office in Fort Lauderdale, and the warehouse in Tampa,” says Rafael Nodal of Altadis U.S.A. That Tampa warehouse, which is much closer to where the hurricane made landfall, was closed for two days. “Back to normal” now, he says.

Miami
Often a target of hurricanes, the Miami area was largely spared. “Thankfully we only had some rain and wind, we never shut down,” says Pete Johnson of Tatuaje and My Father Cigars. “Thank God no,” says La Flor Dominicana’s Litto Gomez, answering a question of whether his company—based in Miami suburb Coral Gables—had any damage. “It’s unbelievable how much destruction this thing has caused.”

Thomas Pappalardo and Gregory Mottola contributed to this story.