In what could be considered one of the ultimate collections of special-edition Ramon Allones cigars, British distributor Hunters & Frankau is releasing its House Reserve Series 1790 humidor this week, and it contains 61 Cuban cigars, all either Edición Limitadas or Regional Editions for the United Kingdom that have come out over the last 16 years. As part of the retrospective, this collection includes the premiere of the Ramon Allones Private Stock 230, a Regional Edition intended for 2020. 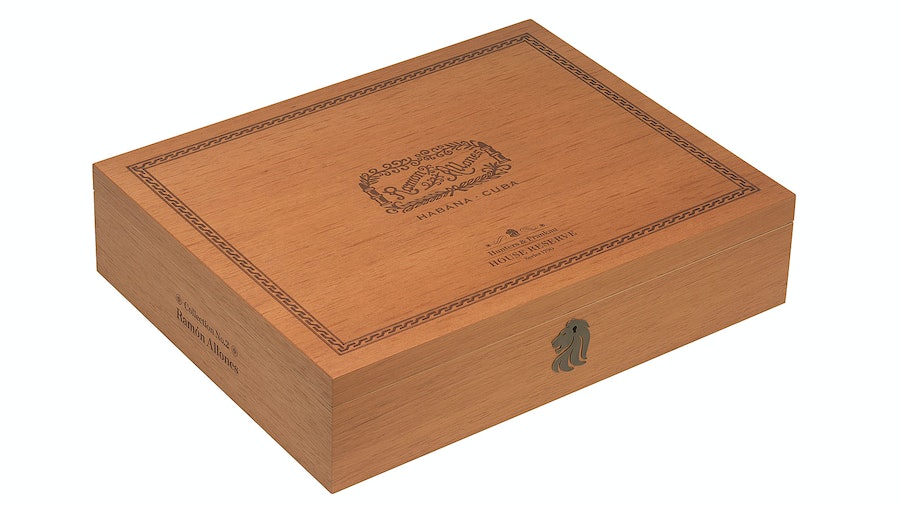 The chests are on their way to cigar shops in the U.K. this week, and they come with the following Ramon Allones cigars:

There are 10 cigars of each size, with exception of a single Belicoso, which was one of the first Regional Edition cigars to be released when the program officially started in 2005.

The suggested retail price for the set is £22,500 (about $25,463). Only 50 humidors were produced, each with a Hunters & Frankau logo plate affixed to the humidor around the keyhole. 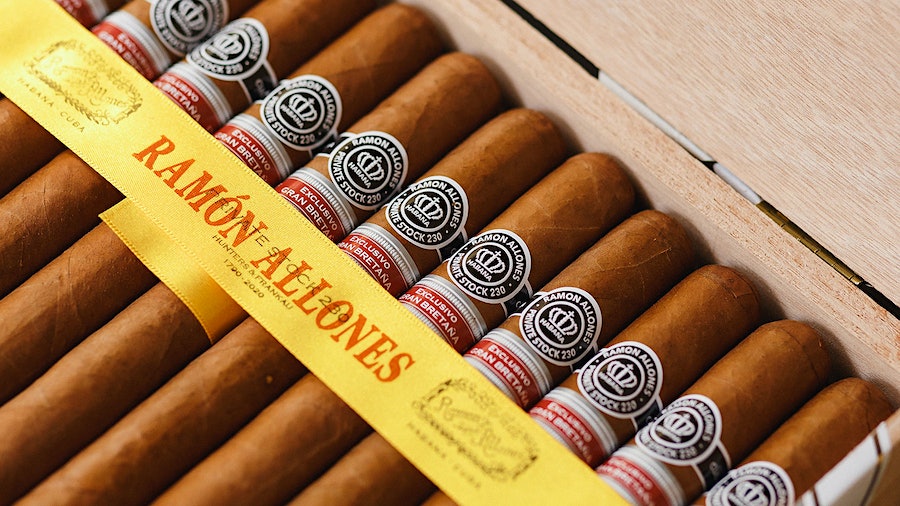 The House Reserve humidor comes with 10 Ramon Allones Private Stock 230 cigars made exclusively for the U.K. They will eventually be released separately in 25-count packaging like the box shown here.

The Ramon Allones Private Stock 230, which is meant to commemorate the 230-year history of Hunters & Frankau, will eventually be released on its own in boxes of 25, although the exact launch dates and prices have yet to be determined. It measures 6 3/4 inches long by 50 ring gauge and shares its dimensions with the Por Larrañaga Magnifico, a previous U.K. Regional Edition from 2007.

Hunters & Frankau and Ramon Allones have a common history, as Hunters used to own the brand’s factory as well as the worldwide trademark rights. The company had ownership for 16 years until 1927, eventually selling the brand to the owner of the Partagás factory.

This is the second volume in the House Reserve Series 1790 line of humidors. The first contained special U.K. releases of all different brands from 2005 to 2017.

It should be noted that the cigars in this collection were not newly rolled, but stored by Hunters & Frankau since the date of each respective release. The footband on each cigar indicates that these selections are part of Hunters & Frankau’s House Reserve aging program.