“I was just thinking of a flaming rum punch,” muses Clarence, the simple angel of the holiday film classic It’s a Wonderful Life. Even though it’s a snowy Christmas Eve and he hasn’t had a drink for 200 years, Clarence defers to winter-drinking protocol, deciding it’s not nearly cold enough for that bit of liquid pyrotechnics. Instead the angel orders mulled wine. Unfortunately, he has materialized in a 1940s shot-and-a-beer joint where they serve hard drinks for men who want to get drunk fast, and Clarence gets bounced.

Back in his day of wassails and steaming Dickensian punch bowls, cold-weather imbibing was dictated by temperature and calendar. (Not to mention the type of bar one was visiting, as poor Clarence discovered.) Today, we strike a sublime balance between the two outlooks.

While a December Piña Colada might prompt odd looks, no one will pull out a thermometer to check that it’s cold enough for your Eggnog or grouse if you just want an all-purpose Highball.

Furthermore, along with the hearty, savory drinks traditional to the holidays, plenty of cleaner, colder cocktails still manage to say “Seasons Greetings”. . . and will allow Clarence to keep his seat at the bar.

Tom and Jerry, Eggnog’s more complicated, but warm-hearted cousin, has been around almost two centuries. Back in 1932, the Damon Runyon piece “Dancing Dan’s Christmas” suggested that the holiday may have been invented as an excuse to drink this very cocktail. The picaresque characters in the short story manage to down more than a few before marching off to play Santa Claus for a destitute grandmother’s last Christmas. While the drink waned in popularity (except in Wisconsin and Minnesota) during Prohibition because of its involved preparation, today’s creative bartenders are looking to this venerable cocktail to bring smiles during the cold months of winter. The Tom and Jerry is almost a meal in a cup, perfect to keep you warm on a bitter night.

Separate egg whites from yolks. Whip yolks separately with spices. Beat egg whites to a stiff froth. Fold whites into yolks, making a batter. (Refrigerate if preparing ahead of serving on the same day.) Use water to warm cups and then discard. Half fill cups with batter. Add 1 oz. rum and 1 oz. brandy and fill with hot milk (hot water can be substituted). Stir vigorously until smooth. Garnish with nutmeg. Serves 8–10 people 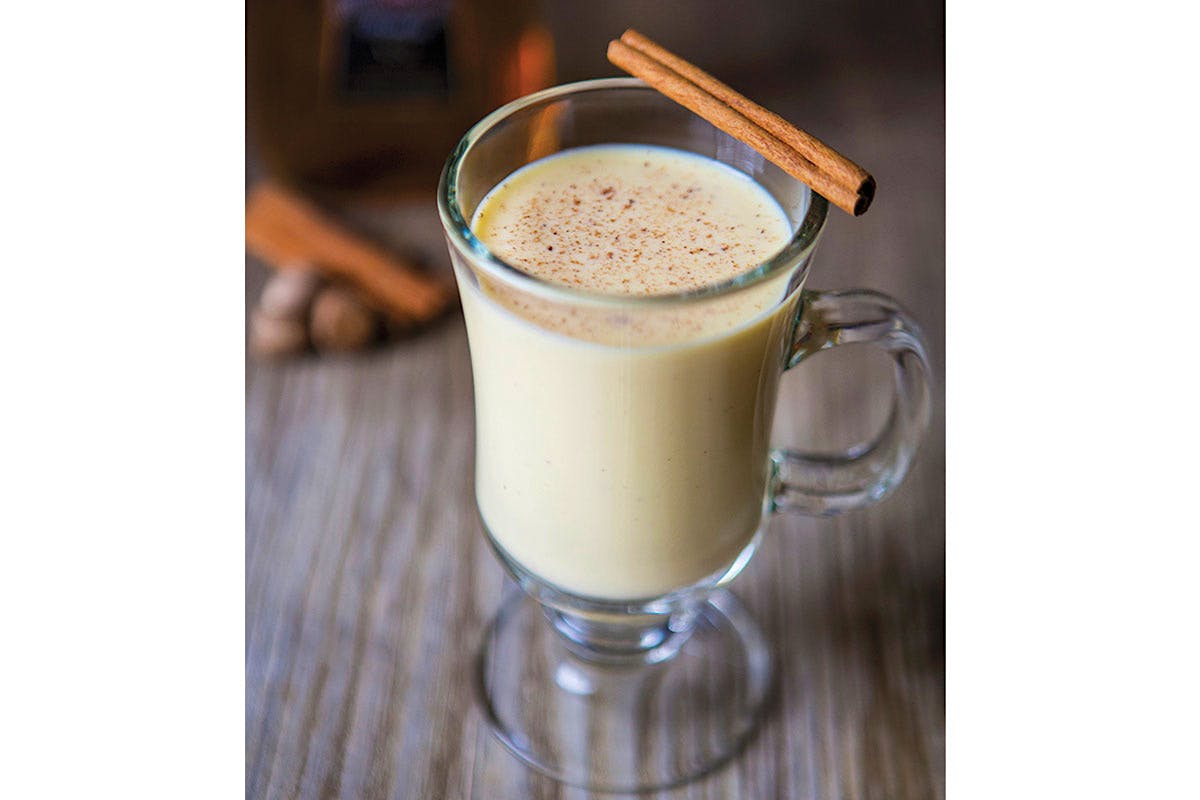 This sublime mixture of eggs, milk, sugar and the brown spirit of your choice comes to us from the English punch tradition, but it reached prominence in the Colonies due to a ready supply of its ingredients on farms. The many theories behind the origin of the term “nog” almost rival the recipe variations. Proponents will argue the best type of spirit, whether to use milk or cream, keep or discard egg whites, flip or shake the mixture and more. And if you’re thinking the standard Eggnog isn’t potent, consider this: cadets smuggled gallons of whiskey into West Point at Christmas in 1826 to spike what was supposed to be a virgin version of the holiday quaff. The resulting reveling—now called the Eggnog Riot—resulted in some 20 court martials. Implicated were Jefferson Davis as well as two future Confederate generals. Our recipe shouldn’t get you in such trouble—but we’ve substituted dark rum in the place of whiskey, just in case.

Give the mixture a good long shake in a mixing cup with ice. Strain into a highball glass. Garnish. To make this into a crowd-friendly punch, multiply ingredients by number of servings desired. May be made in advance and briefly refrigerated.

Those who know their classic cocktails may be thinking we’ve made a mistake. Yes, the French 75 is commonly formulated with gin, not Cognac. While the gin version is a great drink, too, this is a winter cocktail story and for that you need substance. (Imagine being stranded in the snowy Alps and a St. Bernard brings you gin!) Besides, plenty of evidence shows that this drink has long been made with brandy. One of the earliest written recipes, dating back to 1922, includes Calvados (apple brandy) in the mix. In New Orleans, Cognac versions are popular, for obvious reasons. What is undisputed is that the drink was invented in World War I and named for an advanced piece of artillery known for shelling with speed and precision. Drink too many and you’ll see why.

Shake brandy, lemon juice and simple syrup over ice and strain into a Collins glass. Fill with Champagne. 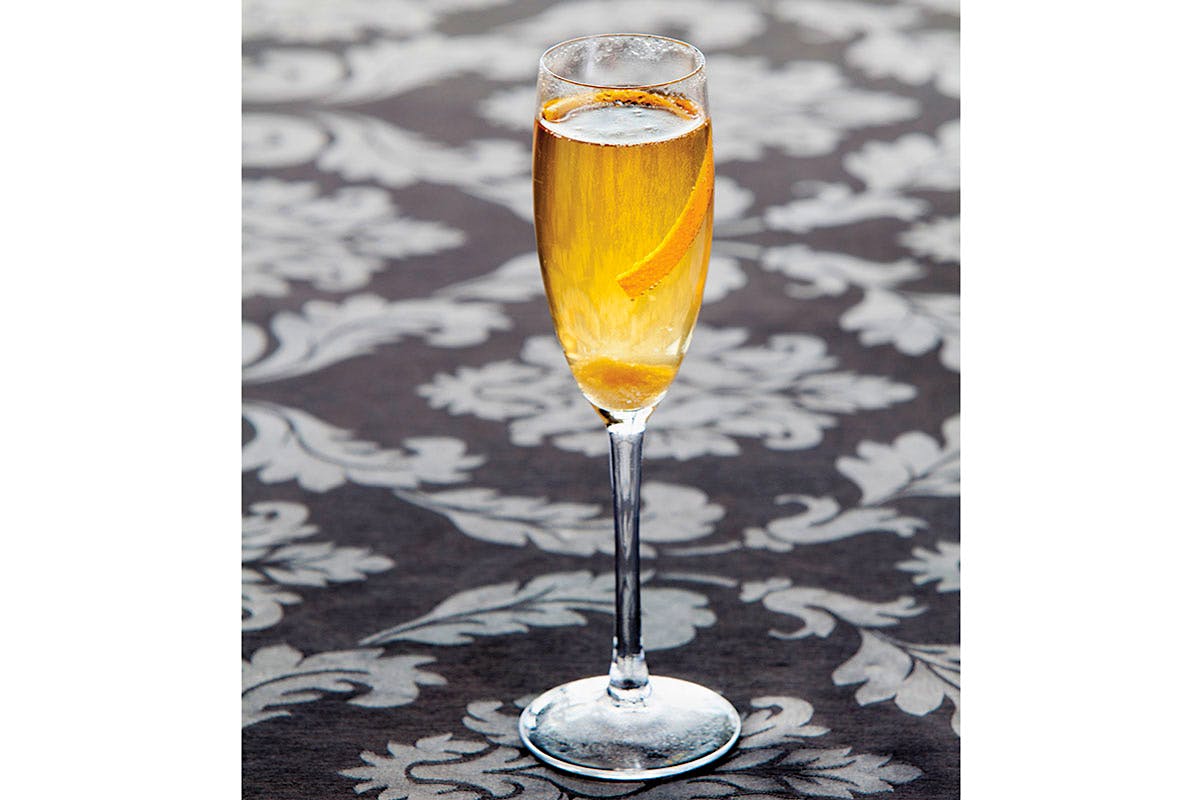 When the holiday season concludes with New Year’s Eve, Champagne toasts are inevitably the order of the evening. If you’re on a budget or have no access to housed-aged bubbly, it’s not a sin to make something more interesting out of a lesser Champagne—or even sparkling wine. For this time-honored solution, sugar and bitters provide a welcome and well-balanced oomph. Cutting the lemon peel garnish into a long, sinuous spiral (a la the Horse’s Neck cocktail) makes this drink’s appearance all the more festive. You can swap in an orange peel if you wish to be more seasonal, but resist the urge to quote Frank Pentangeli in the classic filmThe Godfather Part II when you’re serving this to a friend.

Place sugar cube in the bottom of a Champagne flute. Dribble on a few drops of bitters. Allow to soak through. Fill glass with Champagne. Add the lemon peel; if cut into spiral allow it to hang by the rim. 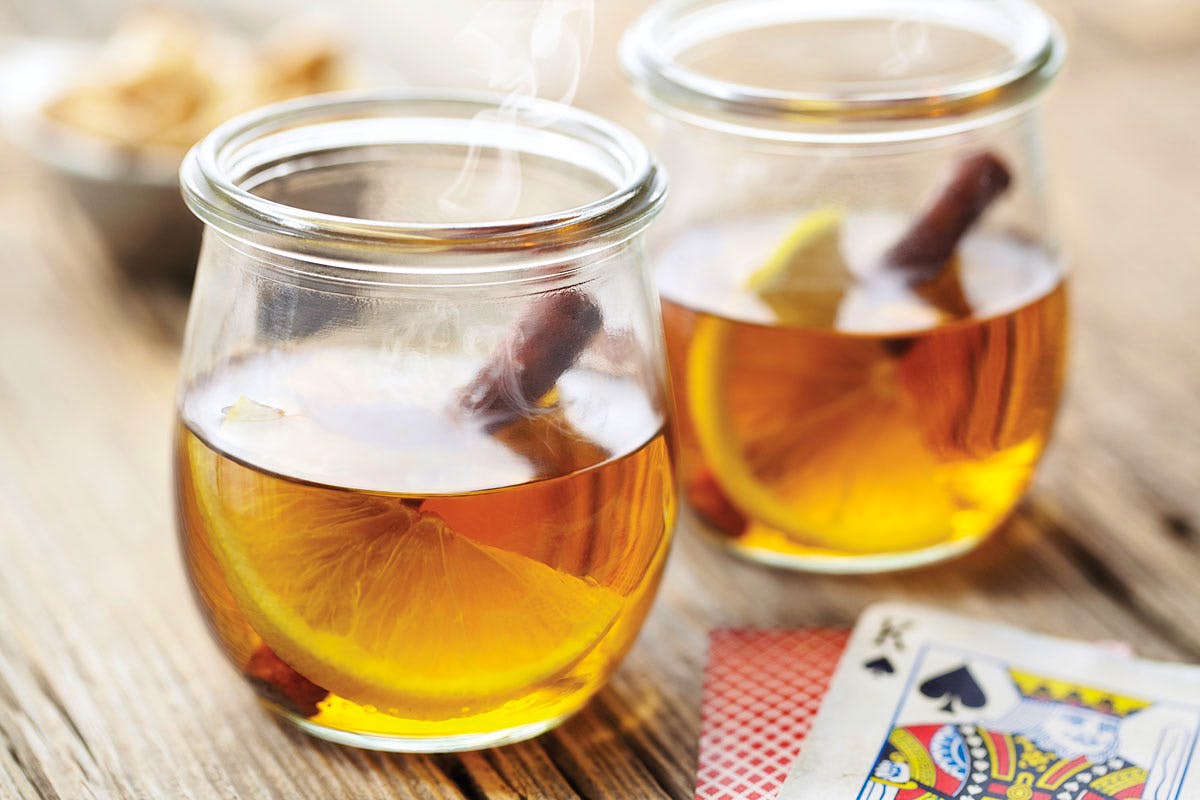 More than simply a cold weather drink, the Hot Toddy has long been touted as a remedy for the common cold. Science might not support it as a cure, but the ingredients will certainly treat the symptoms. The honey soothes the throat, the spice and lemon open the sinuses and the liquor, well, you know what the liquor does. When the Wild Turkey distiller Jimmy Russell introduced his American Honey liqueur (essentially a Toddy in a bottle), he said, “It’s good for a cough. So I always try to have a cough.” Like Jimmy, we like it with Bourbon, but feel free to substitute your favorite spirit.

Pour Bourbon in a mug. Fill with hot water. Add garnishes. Sip by a roaring fire and watch your spirits improve.

This past Saturday, January 28, Tampa had its annual Gasparilla Parade, among this year’s celebrants …