Last week, the first half of Highclere Castle’s ancient Egypt-themed cigar brand, Senetjer, went out to retailers. The second half of the production run will start shipping on Monday.

Foundation Cigar Co.’s Nick Melillo created the cigar in collaboration with the Herbert family of Highclere Castle to celebrate the 100th anniversary of the discovery of King Tut’s tomb. The site was excavated by famed archaeologist Howard Carter and George Herbert, the fifth earl of Carnarvon. To further the historical connection, the cigars come in highly ornate packaging designed to resemble a box found in the tomb. 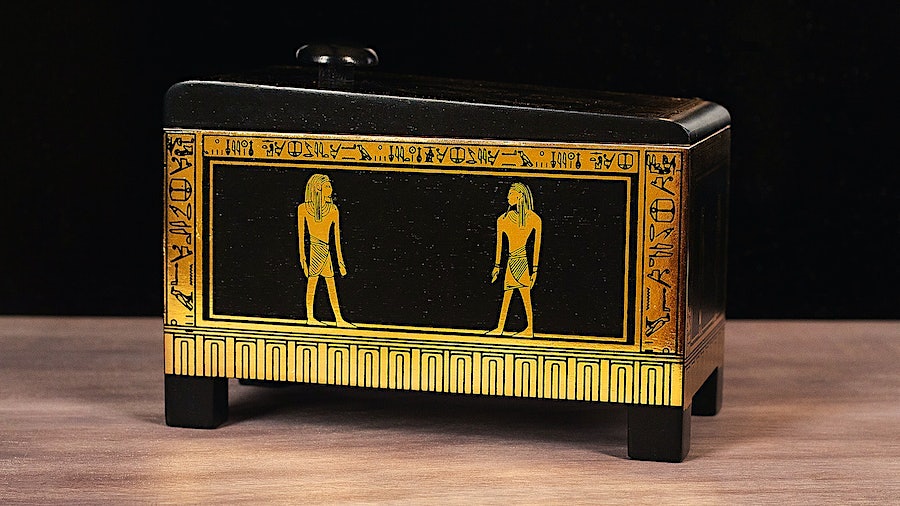 The cigar is offered in only one size: a perfecto measuring 6 3/4 inches by 52 ring gauge. It’s made by A.J. Fernandez in Nicaragua and consists of an Ecuador Habano wrapper and Brazilian Mata Fina binder, but the filler blend is undisclosed.

Senetjer, which is the ancient Egyptian word for “incense,” has a suggested retail price of $33 each and comes in boxes of 12.

Highclere Castle Senetjer is a limited-production cigar slated for 700 boxes per quarter.