There was neither press conference nor virtual announcement when Habanos S.A. released the big news this week. Rather, the worldwide distributor of Cuban cigars simply sent out a press release stating its sales for 2021 surpassed $500 million, what it said was an all-time record.

According to the company, Habanos posted a record $568 million in sales last year, up 15 percent from 2020.

“The 2021 results confirm the solid path we are on, despite the crisis caused by Covid-19,” said Inocente Núñez Blanco and Luís Sánchez-Harguindey Pardo de Vera, co-Presidents of Habanos S.A. “Last year, we surpassed the $500 million mark for premium cigar sales worldwide, an all-time record for the category and a testament to the enormous potential of our business.” 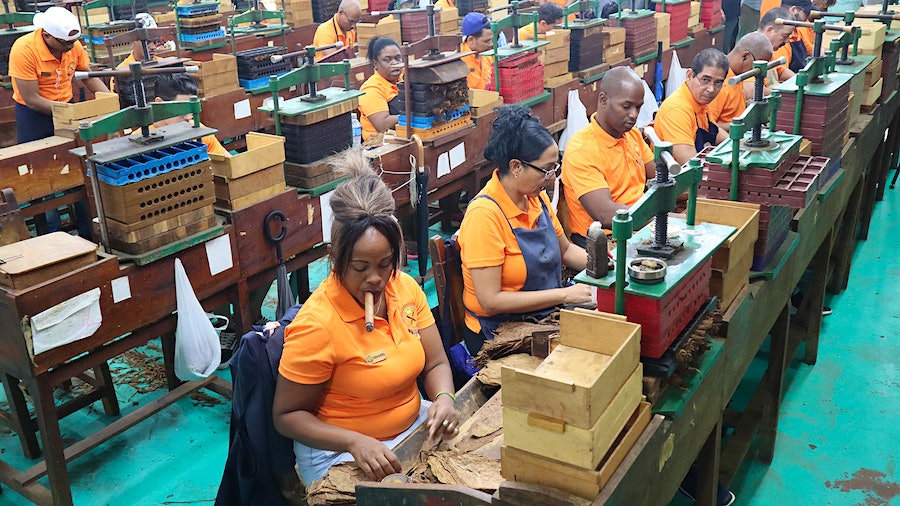 Cigar rollers here at the La Corona factory in Havana have been quite busy trying to keep up with global demand. (Photo/Cigar Aficionado)

Helping to drive such growth was Spain, the No. 1 market for handmade Cuban cigars, according to Habanos. It overtook China—which was the top market for 2020—and regained its position as the largest market in terms of sales volume. China is now No. 2, followed by Germany, France and Switzerland.

The largest region for Habanos sales is Europe, which accounted for 59 percent of 2021 sales volume. Asia Pacific followed in a distant second, with 16 percent. Central and South America ranked third, with 14 percent of sales and Africa and the Middle East stood at 11 percent.

Due to the 60-year-old trade embargo, Cuba does not sell cigars to the United States, the world’s largest market for handmade smokes.

On the retail front, Habanos also stated that revenues at its 160 La Casa del Habano shops and 20 Cohiba Atmosphere locations were up 3 percent in 2021, while its 1,217 Habanos Specialists and 2,465 Habanos Point retailers showed a sales gain of 7 percent. 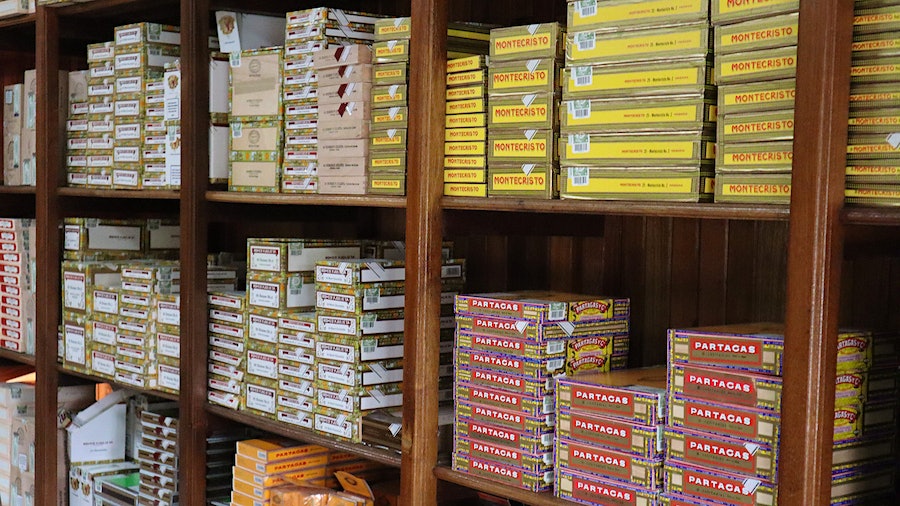 Partagás, Montecristo and other popular Cuban brands are in high demand around the world. This photo was taken in the La Casa del Habano shop at Cuba's Club Habana. (Photo/Cigar Aficionado)

The announcement of record profits comes amid a comprehensive price hike of Cuban cigars affecting the entire world and a shortage of Cuban cigars at most retail locations. Prices for every handmade Cuban cigar in every market are going up this year, most notably for Cohiba and Trinidad. Those two brands, considered the most exclusive of the Habanos portfolio, will be uniformly aligned to Hong Kong’s pricing, no matter what country they’re sold in. Hong Kong is one of the most expensive markets for Cuban cigars in the world.