Trinidad is getting a special focus this year, the brand’s 50th anniversary. The three new sizes are Esmeralda, 5 3/4 inches by 53 ring gauge; Media Luna, 4 1/2 by 50; and the Topes, 5 by 56. The Trinidad Topes was a successful 2016 Edición Limitada that’s now being added to the brand’s regular-production lineup. All three sizes will be sold in 12-count boxes. 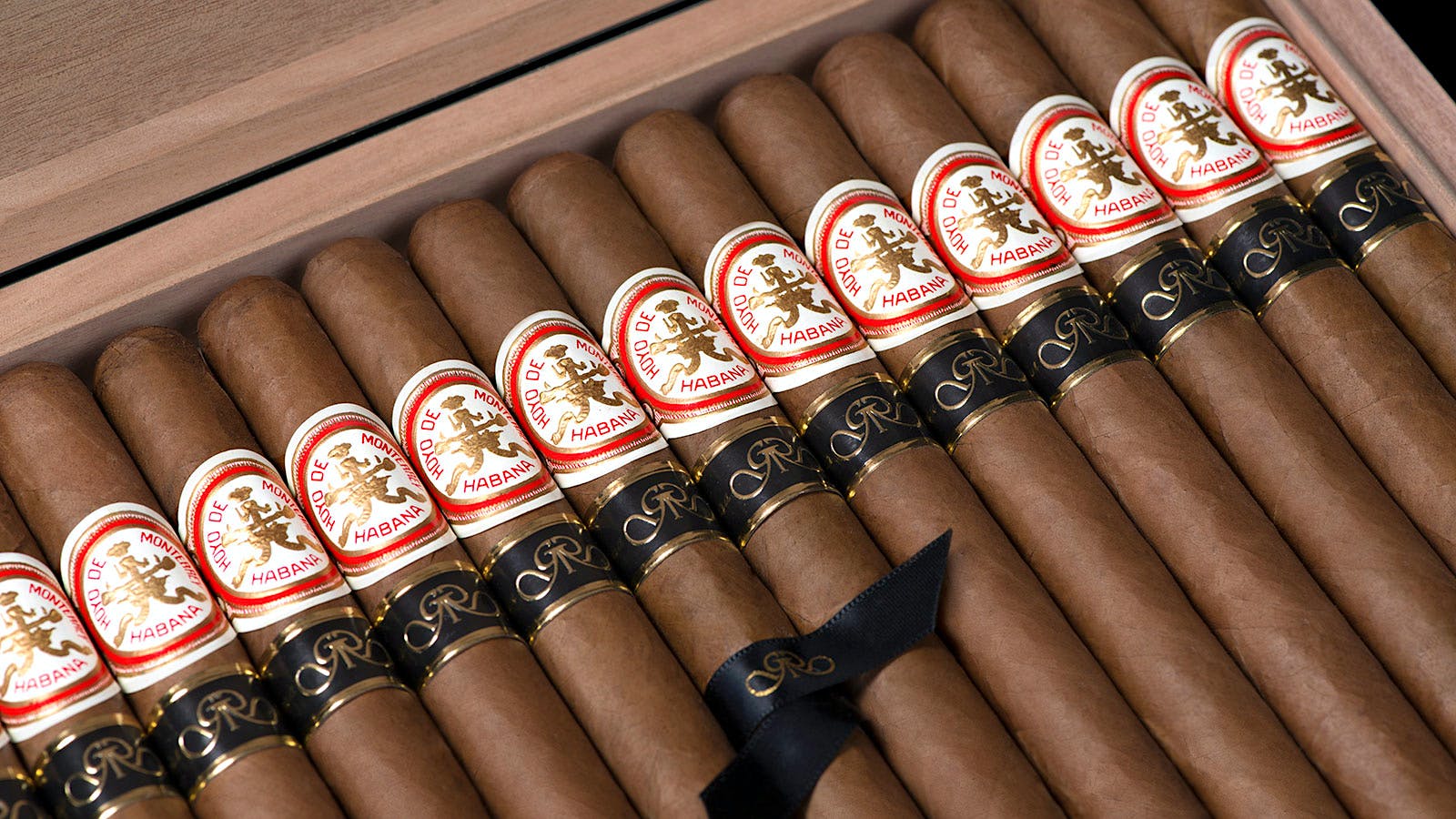 Hoyo de Monterrey is getting the first Gran Reserva in the brand’s history. The Gran Reserva Cosecha 2013, measuring 7 inches by 49 ring, builds off the brand’s most famous cigar, the Double Corona. The Gran Reserva program uses tobaccos that have been aged for five years. The cigar will be produced in 5,000 numbered boxes of 15 cigars each.

The Punch Short de Punch, 5 by 50, is the first 50 ring gauge cigar in the Punch brand. The cigar will be added to the regular brand sizes, and will be sold in wooden boxes of 10 cigars.

The 148 Casa del Habanos around the world will receive two cigars for exclusive sale in the Habanos S.A. network of shops. The Cohiba Novedosos, 6 by 50, will be shipped in uniquely styled boxes of 25, and the San Cristobal de la Habana 20 Aniversario, 6 1/3 by 52, will be sold in 20-count boxes shaped like an antique trunk. 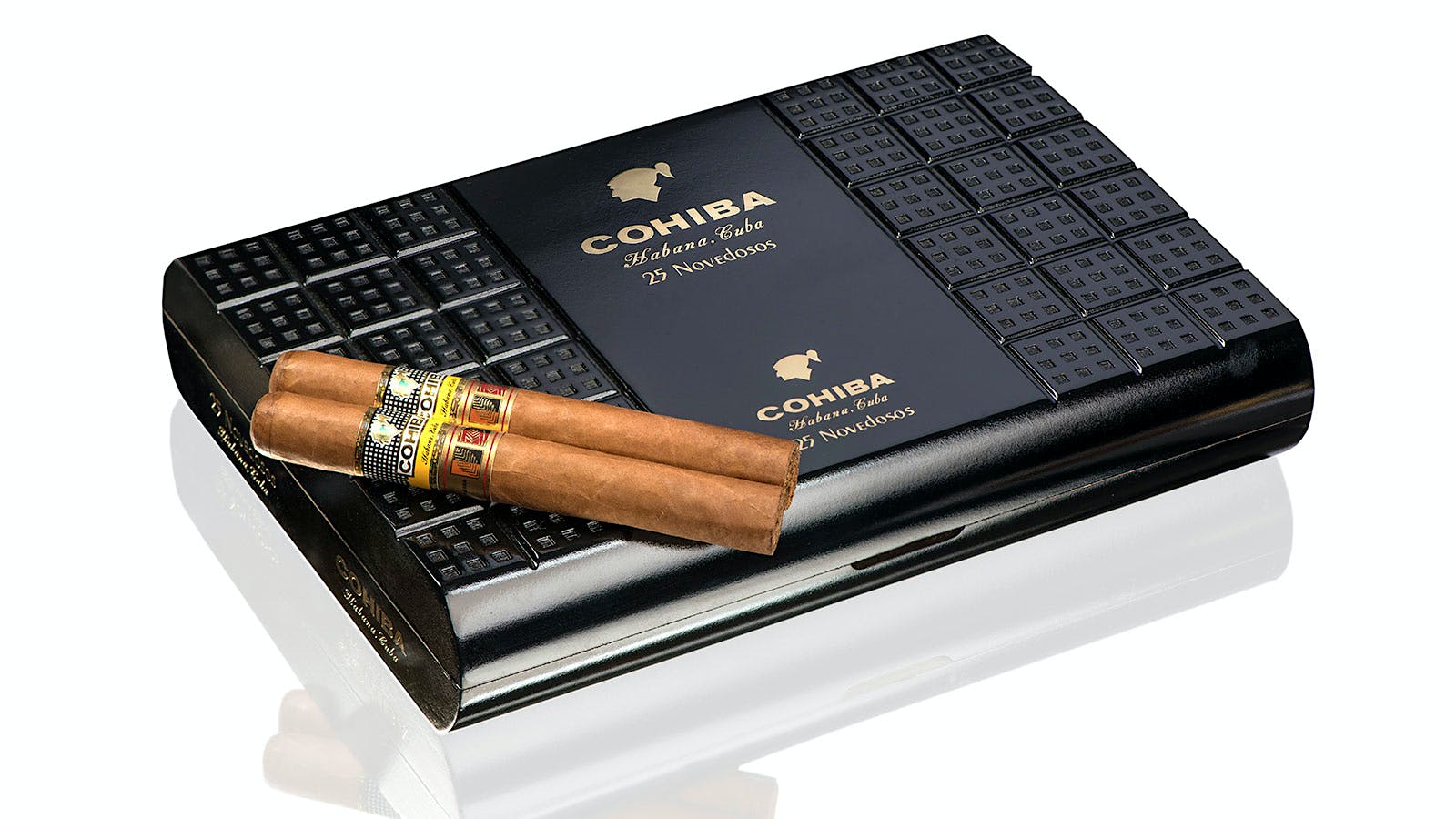 The Cohiba Novedosos, which measures 6 inches by 50 ring, will be shipped in uniquely styled boxes of 25.

Another 2019 special release will be for the Habanos Collection series and is dubbed Trinidad Colección de Habanos Casilda. The 7 1/4 inch by 53 ring cigar comes in a wooden book with the Trindad brand logo on the cover and 24 cigars.

Two other special products were also announced. The Trinidad 50th Anniversary humidor comes with 50 cigars, dubbed the 50 Aniversario. It is a pyramid-shaped cigar measuring 6 inches by 59 ring with a band on the cigar’s foot. One hundred humidors are being produced by Italian design company DeART, with two stacks of semi-circle shaped trays that slide open sideways.

The other special release is the San Cristobal de la Habana 1519, a cigar manufactured to commemorate the 500th anniversary of Havana as well as the 20th anniversary of the brand’s launch. The cigar is a 6 1/4 inches by 57 ring. The 500 humidors will be shipped with 100 cigars.

In addition to the new cigar launches, Ernesto González Rodríguez, the director of marketing for Habanos S.A., revealed that the company’s revenues increased by 7 percent in 2018 compared to 2017. Total revenues were $537 million.

He said that around the world Habanos now has 148 Casas del Habanos, which are shops that exclusively sell Habanos S.A. products, and more than 1,000 Habanos Specialists and 385 Habanos Lounges, as well as 16 Cohiba Atmospheres, an ultra-luxurious concept focusing on the Cohiba brand and Habanos’ cigars.