Share
The KKP Special Reserve Piramide 58 cigars (pictured here) have a retail price of $39.50 each.

Cigar accessories company Prometheus International and its sister company God of Fire are both celebrating two big anniversaries this year and owner Keith Park will be releasing a line of anniversary products to commemorate the milestones. Started in 1992, Prometheus turns 30 years old this year. And while God of Fire turns 17, the cigars were intended for a 2019 release to mark the brand’s 15th anniversary, but were delayed. 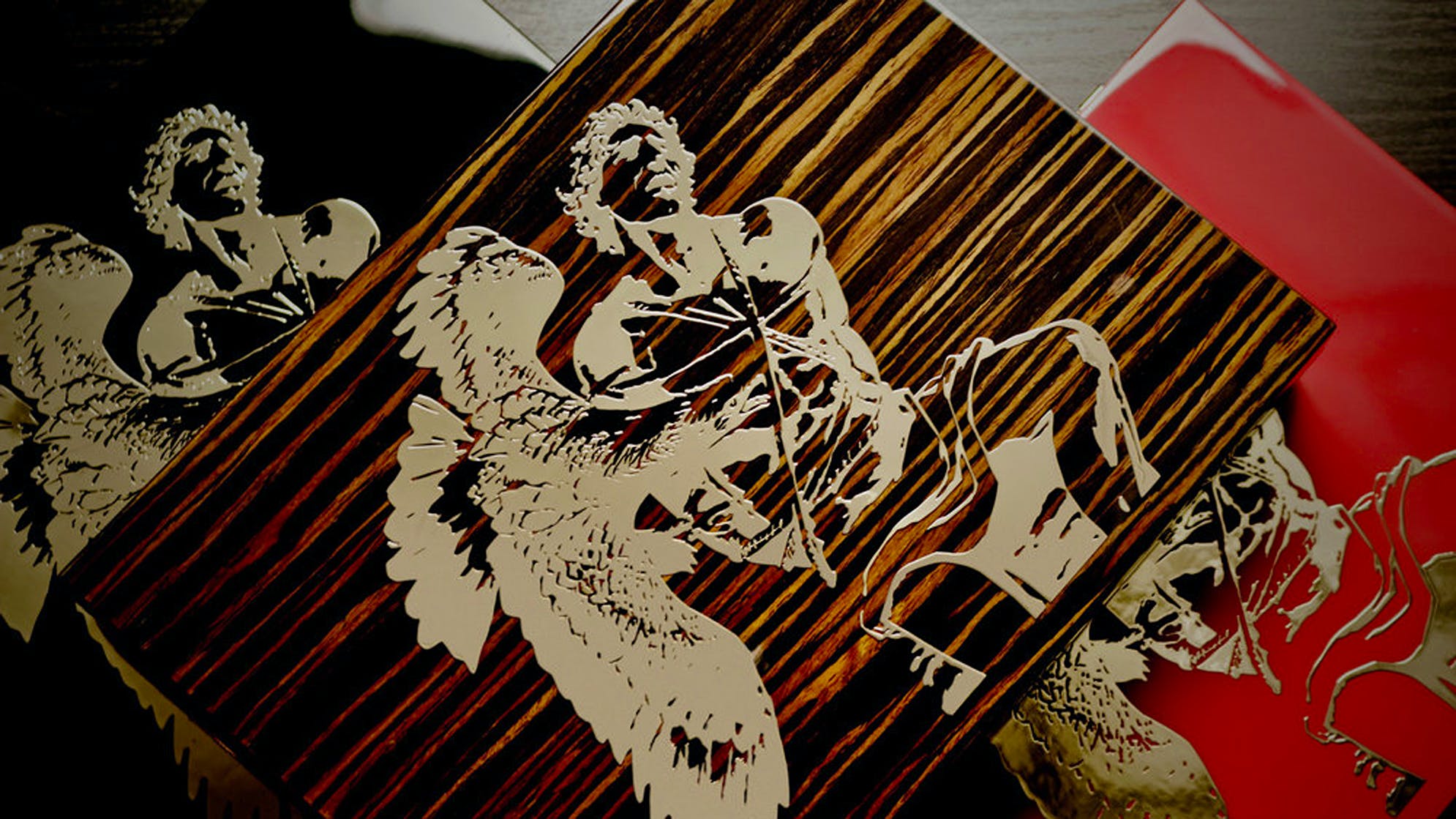 The limited-production God of Fire KKP Special Reserve cigars come in two sizes: Gran Toro 56, measuring 6 inches by 56 ring gauge, and Piramide 58, at 5 1/4 by 58. Both have a suggested retail price of $39.50 each and are made in the Dominican Republic by the Fuente family at Tabacalera A. Fuente y. Cia. 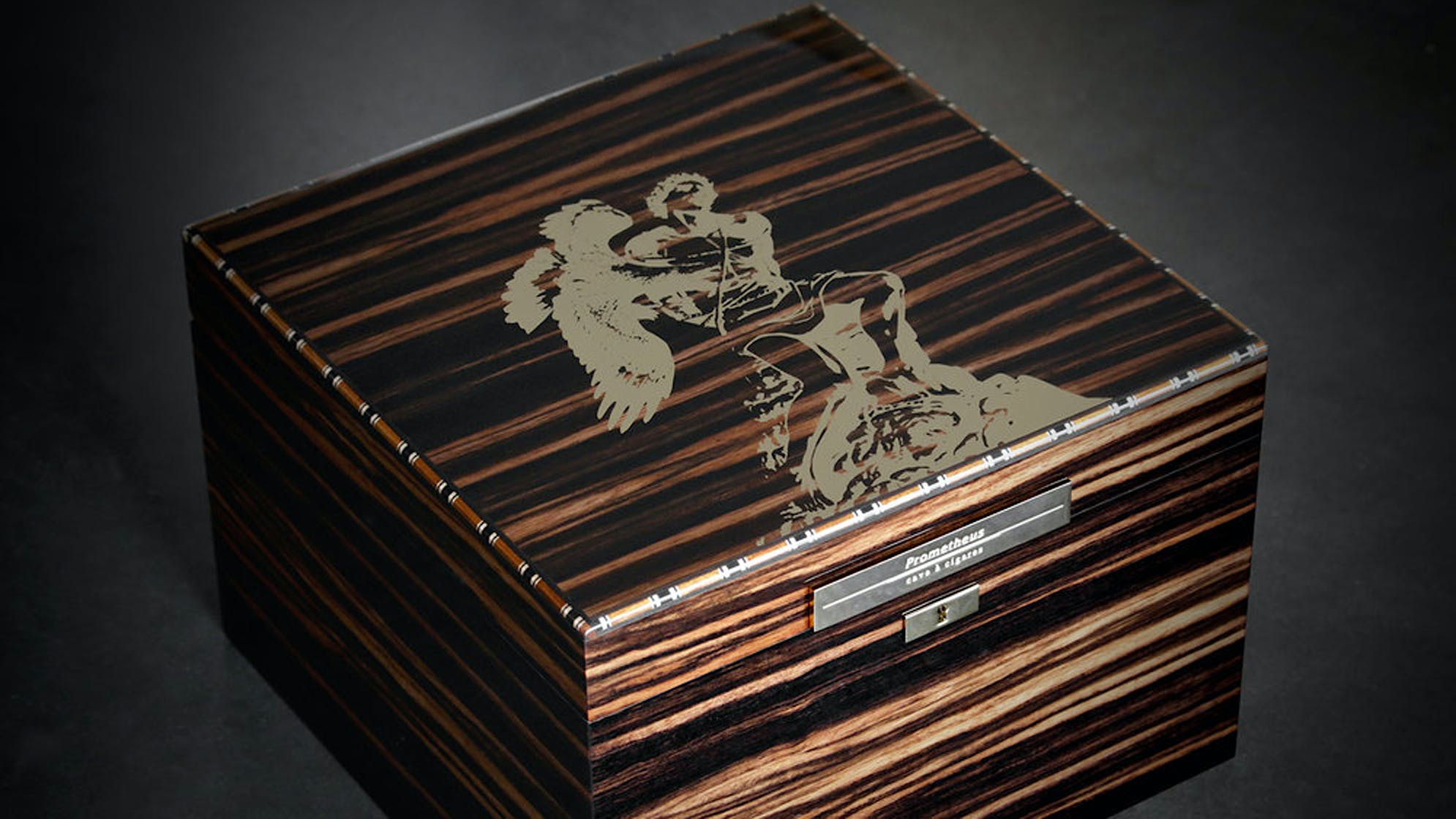 Instead of regular cigar boxes, the God of Fire KKP Special Reserves will come in either the 2022 limited-edition Prometheus 30th Anniversary desk-top humidors containing 60 cigars (30 of each size) or 10-count travel humidors containing 10 cigars of the same size. The individually numbered, larger humidors can hold approximately 175 cigars and will be available in either Macassar ebony or black lacquer finishes. Only 30 humidors of each finish are being released and should retail for $5,500 each. 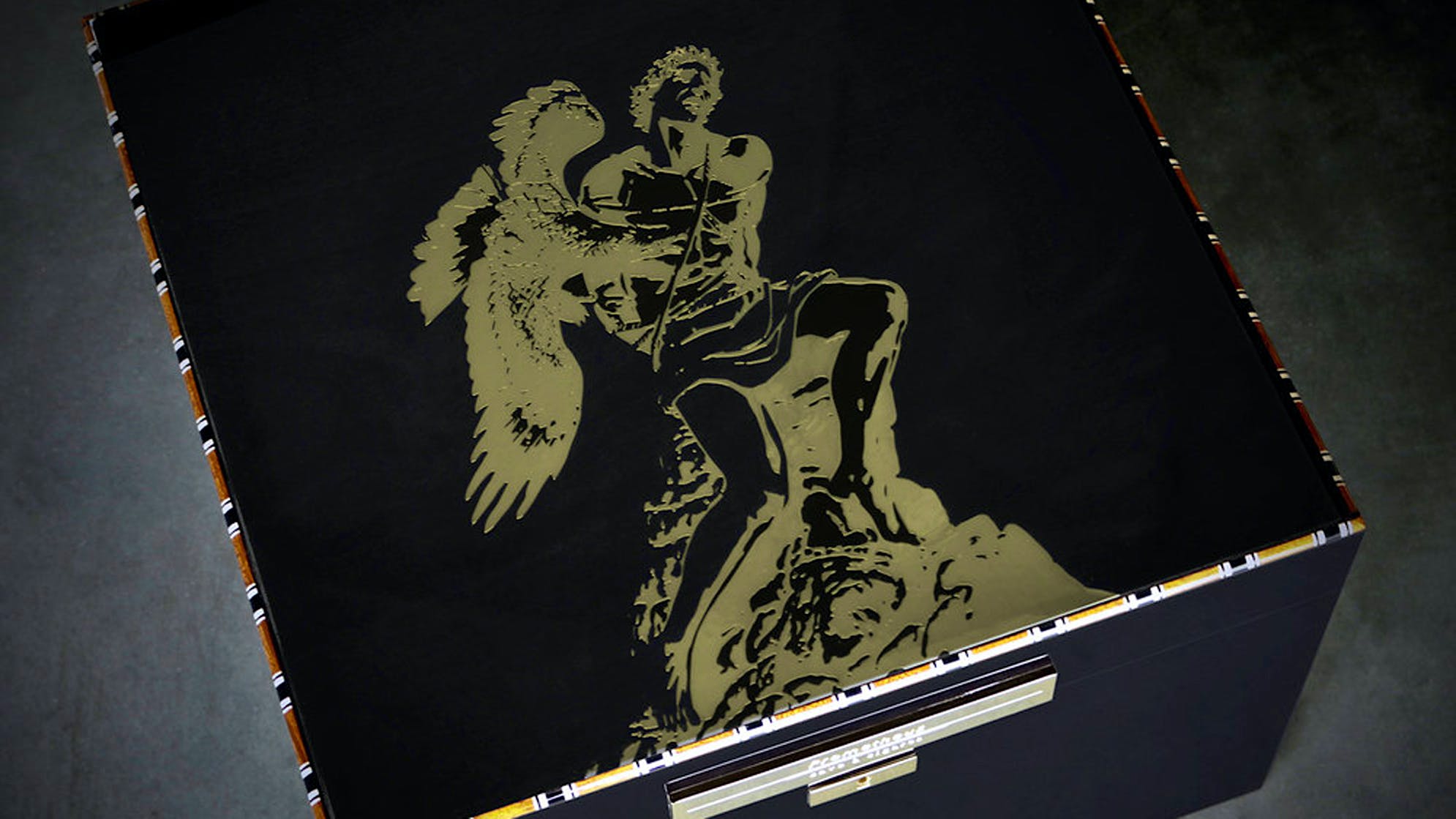 The 10-count travel humidor is set to retail for $395 and will come in a black finish for the Piramide 58 or Macassar ebony finish for the Gran Toro 56. Both humidors, which won’t ship until the fall, are made in France. 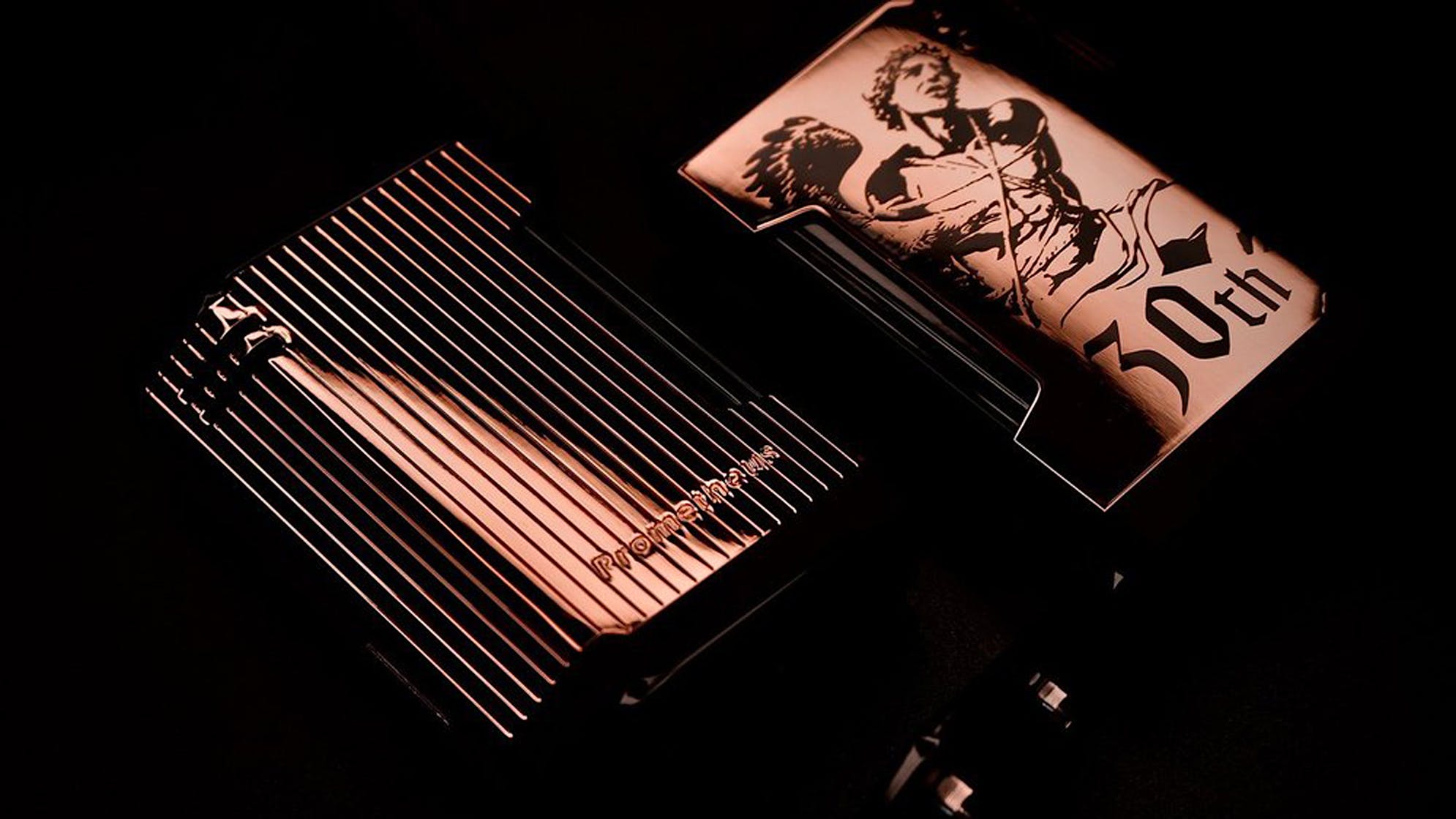 Limited-edition lighters and cutters will also be part of the anniversary release. The Prometheus 30th Anniversary triple-torch lighters come in three models: Magma T ($110), Magma X ($150) and Ultimo X ($110). The lighters also have leather cases made in Spain that retail for $15, except the case for the Magma X, which retails for $17. The lighters come in a rose gold and black matte finish, with images of Prometheus on either side and include built-in a cigar punch.

Production of the lighters will be limited to 500 of each model. 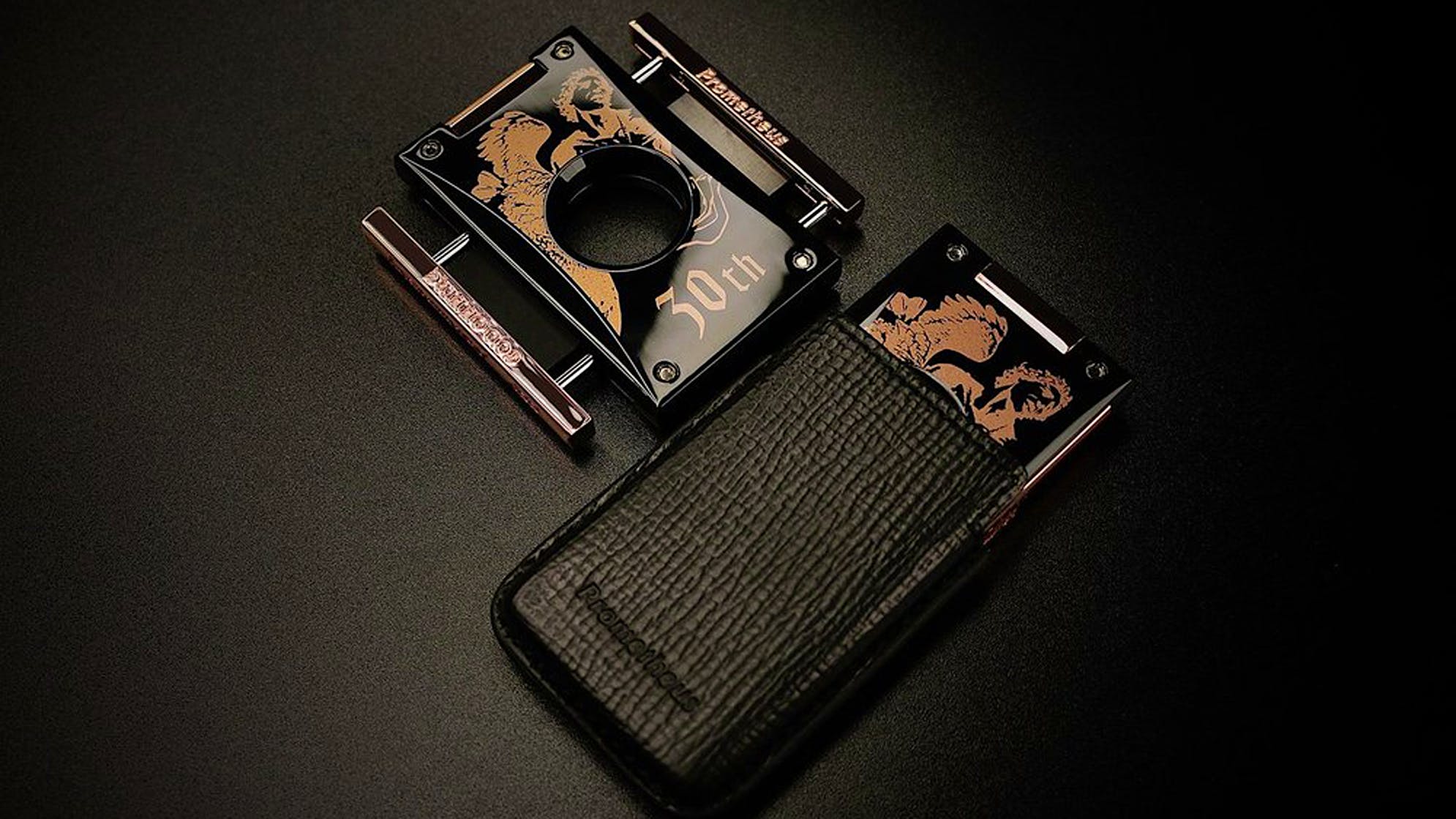 The Prometheus 30th Anniversary Cutter H, which has the same finish and Prometheus Bound branding, sports a pair of stainless-steel blades and accommodates cigars with thicknesses up to 60 ring gauge. It has a suggested retail price of $99.95 and also has a leather case for $15.

The lighters and cutters are available for preorder but won’t be released until July 31.