It’s Brazilian tobacco times three, as General Cigar will be releasing a new CAO line with a wrapper, binder and filler from Brazil. Called the CAO BX3, the new, three-size line should be reaching retailers during the first week of July.

Though Brazilian-heavy, this cigar is not a Brazilian puro, as it contains tobacco from other countries as well.

“The easy thing to do would have been to make a Brazilian puro,” said CAO’s senior brand manager Ed Lahmann. “Our blending team went that route, and it felt like we were just dialing it in. So, they kept at it, peppering in Nicaraguan, Honduran and Mexican tobaccos in just the right proportions to add character, dimension and layers to the smoke.”

The Mata Fina wrapper covers an Arapiraca binder. And while there is Brazilian tobacco in the filler as well, General has not disclosed proportions or seed types, but did say that this cigar was blended to be medium bodied. 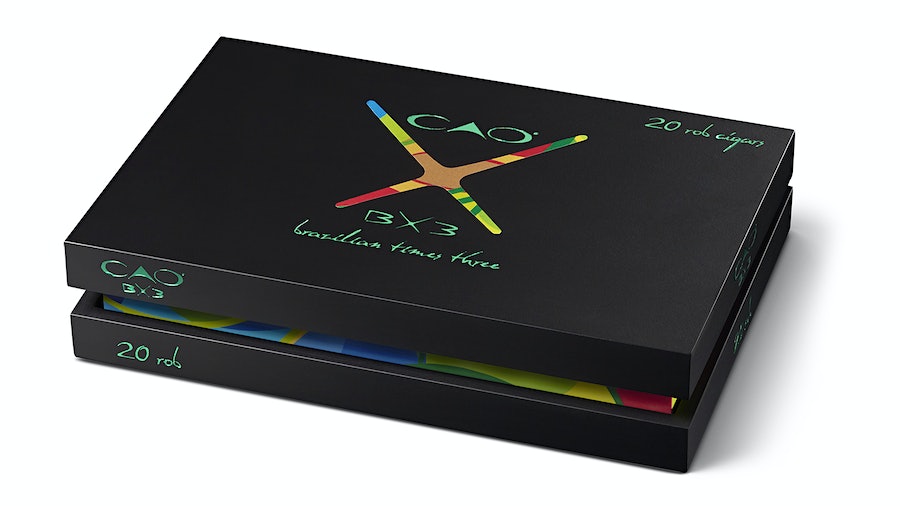 Longtime fans of CAO cigars might remember the CAO MX2, a cigar that’s made with a maduro wrapper and binder, or “maduro times two.” The CAO CX2 followed the same concept, only with Cameroon tobacco.

For a vertical brand tasting of the CAO BX3, see a future issue of Cigar Insider.