Nick Melillo, founder of Foundation Cigar Co., is expanding his El Güegüense and The Wise Man Maduro lines by adding a thick perfecto to both of these Nicaraguan brands. The cigars will be on display at next month’s PCA trade show in Las Vegas and are expected to arrive at retail later this summer.

Measuring 4 3/4 inches by 60 ring gauge, the tapered perfectos are called Macho Raton. The name comes from the main character in the El Güegüense Nicaraguan folk tale which inspired both the cigar line of the same name, and its darker counterpart, The Wise Man Maduro. 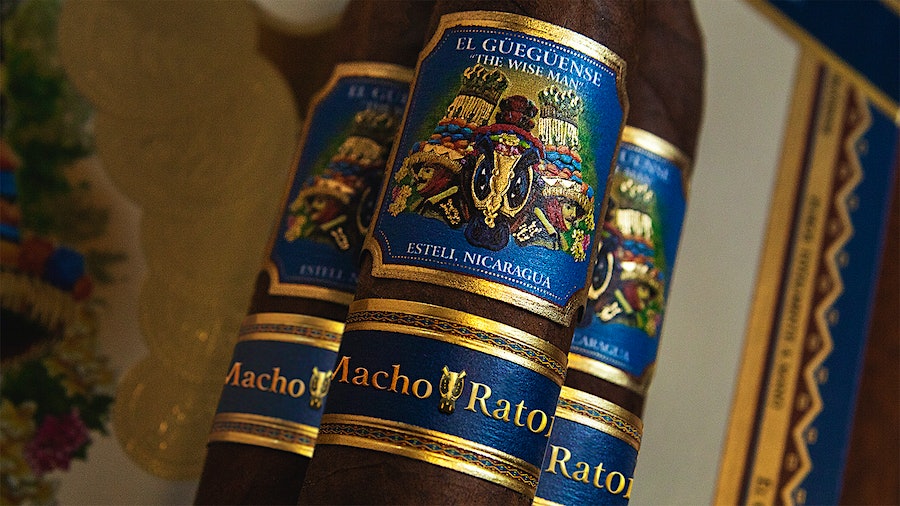 Both cigars will retail for $14 each and come in boxes of 12.

Production of Macho Raton will be limited with the cigars being shipped quarterly. The Macho Raton is rolled by Aganorsa Leaf at its namesake factory in Estelí, Nicaragua.

This isn’t the first time that Foundation has added fat perfectos to its brands. Last year, Melillo released two plump, double-tapered smokes to his Tabernacle Havana Seed CT No. 142 series. The year before, he added the same perfectos to his core Tabernacle line.

For a rating of the new Macho Ratons, see a future issue of Cigar Insider.