Foundation Cigar Company’s Tabernacle Havana Seed CT No. 142 line is getting a pair of hefty perfectos which are expected to begin shipping to select retailers in late October. Following Tabernacle’s biblical theme, the new sizes are called David and Goliath.

These two plump perfectos first appeared last year as additions to the original Tabernacle brand. The Tabernacle Havana Seed CT No. 142 line came out at the end of 2018 as a modified version, getting its name from the wrapper’s seed varietal, which is grown in the Connecticut River Valley.

According to the company, it takes three years for the CT No. 142 wrapper to undergo sufficient fermentation due to its high oil content. Inside, a Mexican San Andrés binder holds together Nicaraguan filler from Estelí and Jalapa, as well as Honduran filler from the Jamastran valley. 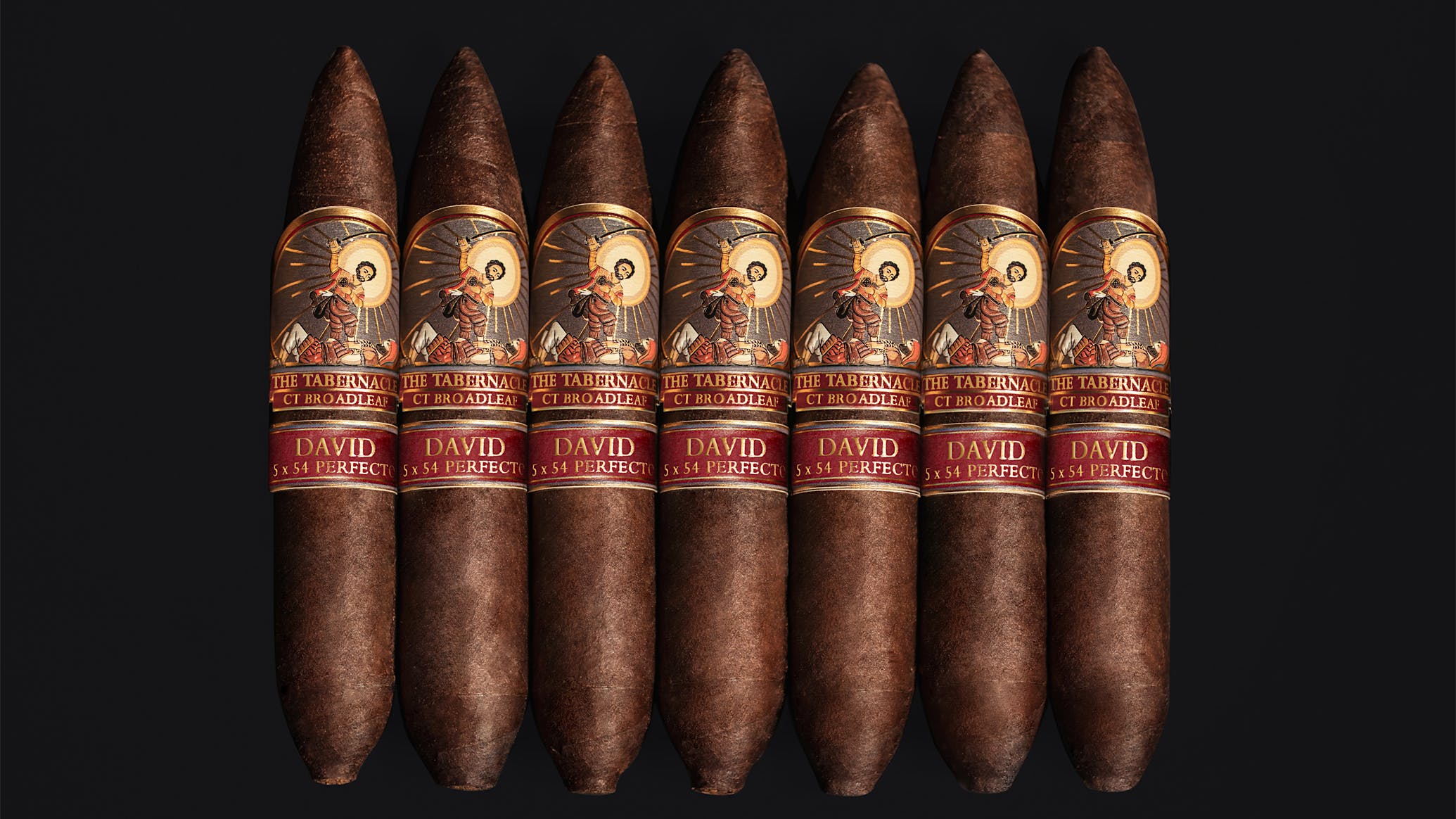 While the classic story of David and Goliath is that of a small man facing off a giant and coming out on top, neither smoke could be considered diminutive. The David measures 5 inches by 54 ring gauge ($12) and the Goliath is 5 by 58 ($14). Both cigars come in boxes of 25 and will again feature the biblically-themed images by Foundation’s art director Thief Operandi—the same illustration that graced the original David and Goliath release.

“The story of David and Goliath is still relevant today,” brand owner Nick Melillo says. “Especially in the handmade cigar industry. We have been battling the Goliath that is FDA regulations and we were fortunate to come out with a victory last year.”

Like all Tabernacle cigars, David and Goliath are manufactured by A.J. Fernandez in Nicaragua.