Rocky Patel Premium Cigars, which has grown into one of the most successful cigar companies in the handmade cigar business, is set to unveil a pair of completely new cigar brands later this week at the IPCPR trade show in Las Vegas. The company is also coming out with a reblended, repackaged and reimagined Aged, Limited and Rare cigar, as well as new sizes to the Hamlet Liberation line. All are made in Central America, and some are shipping now, with others coming in September and October.

Rocky Patel LB1 is being described as a medium-bodied smoke. The cigars are rolled in Honduras, from a tobacco blend that includes ligero from the Jamastran Valley of Honduras, and a mix of fillers from Condega and Estelí, Nicaragua, grown on Patel’s farms. The wrapper is Ecuador Habano. The cigars will begin shipping in September. 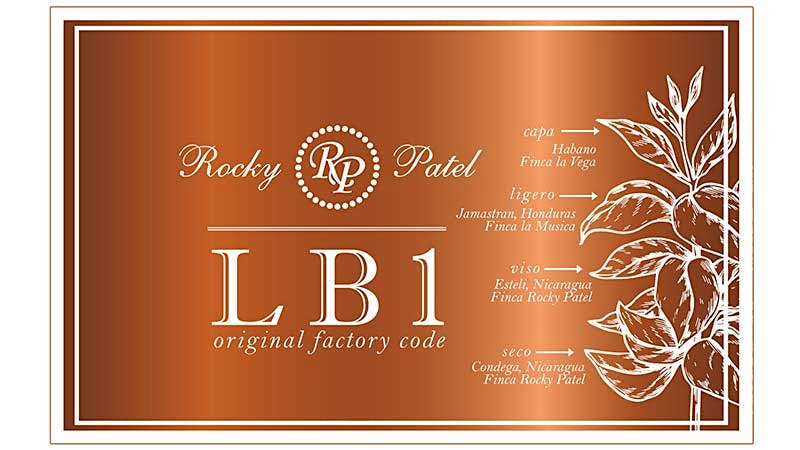 Rocky Patel Number 6, which is also being made in Honduras, is also being called medium in body. “It has a lot of sweetness,” says Nish Patel, of Rocky Patel Premium Cigars. “It’s totally different than anything we’ve ever put out.”

Number 6 is made with a Corojo wrapper grown in Honduras, and the sizes are exactly the same as LB1, albeit with slightly higher prices, which range from $8.90 for the Corona to $11.75 for the Sixty.

The two new brands take their name from the codes used in the factory during the creation of the cigars: the project that became LB1 was referred to as LB1 in preproduction, and after trying a few names that didn’t work for Number 6, Rocky Patel decided to call the cigar after the blend number that he ultimately chose for the final product—blend No. 6.

Rocky Patel is also bringing out a completely new version of ALR, a line of cigars that are aged for two years after rolling. An early version debuted in 2018, but the only thing this new cigar has in common with the original is the aging concept and the name.

“It’s a completely new blend, and it’s box pressed,” said Nish Patel. “Completely different. There’s nothing similar.” ALR Second Edition, which is described as medium to full in body, comes in three box-pressed sizes, all cloaked in dark, Mexican San Andrés wrappers. The Robusto measures 5 1/2 by 52, the Toro is 6 1/2 by 52 and the Sixty is 6 by 60. They retail for $13, $14 and $15, respectively. Those will ship in October. They are rolled at Patel’s TaviCusa Factory in Estelí, Nicaragua.

Liberation by Hamlet is a newer Rocky Patel brand, created by famous Cuban cigar roller Hamlet Parades, who used to work in Havana. The brand was launched last year as a single size known as a Toro, even though it had the appearance of a perfecto, with tapers to the head and the shaggy foot. It scored 86 points in the December 4 issue of Cigar Insider. 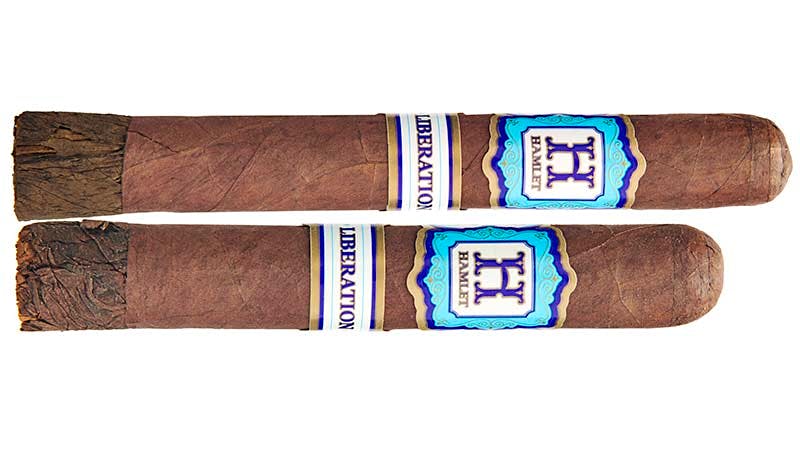 The new sizes are more traditional—but they still have shaggy feet. The Corona Gorda measures 5 5/8 by 46, with a suggested retail price of $8.75, and the Robusto is 5 by 50, with a $9.50 pricetag. Like the original, this cigar is made with a mix of Honduran and Nicaraguan fillers, Nicaraguan binder and a dark Ecuador Habano wrapper. They are packed 20 to the box, and are shipping now.