Share
Carlos Fuente Sr. (left) and José Orlando Padrón were responsible for leading two of the most renowned and beloved cigar brands in the world.

Arturo Fuente and Padrón—two of the most heralded family companies in the handmade cigar industry—are joining forces on a special project to honor the former patriarchs of each company.

Padrón, which makes all of its cigars in Nicaragua, is going to be crafting a smoke to honor Carlos Fuente Sr., the longtime leader of Fuente, who died in 2016. Fuente, one of the largest cigar producers in the Dominican Republic, has made a cigar to honor José Orlando Padrón, who founded Padrón Cigars Inc. in 1964 and died in 2017.

The two cigars will be sold together, side by side, in humidor-style boxes adorned with the images of each man, with their signatures as part of the cigar bands. Each cigar will measure 7 inches long by 50 ring gauge, and the rest of the details are in the hands of their makers. The cigars won’t be out until next year, and a portion of the proceeds will go to charity.

The cigars are being blended by the sons of the departed patriarchs, the next generation in each family. Carlos “Carlito” Fuente Jr. is blending the cigar made in honor of José Orlando Padrón, while Jorge Padrón is blending the cigar for Carlos Fuente Sr. Fuente has finished his cigars, which are aging, and Padrón has begun the project. Neither man knows the blend or any other details of the other man’s cigar.

“I’m putting my father in his hands, and he’s putting his father in my hands,” said Jorge Padrón during a video call with Cigar Aficionado. “What better way to show how much we respect each other?”

“I would not consider doing this with anybody else,” said Fuente during the video call. “The love for our fathers is so great. There’s nothing that motivates us more.” 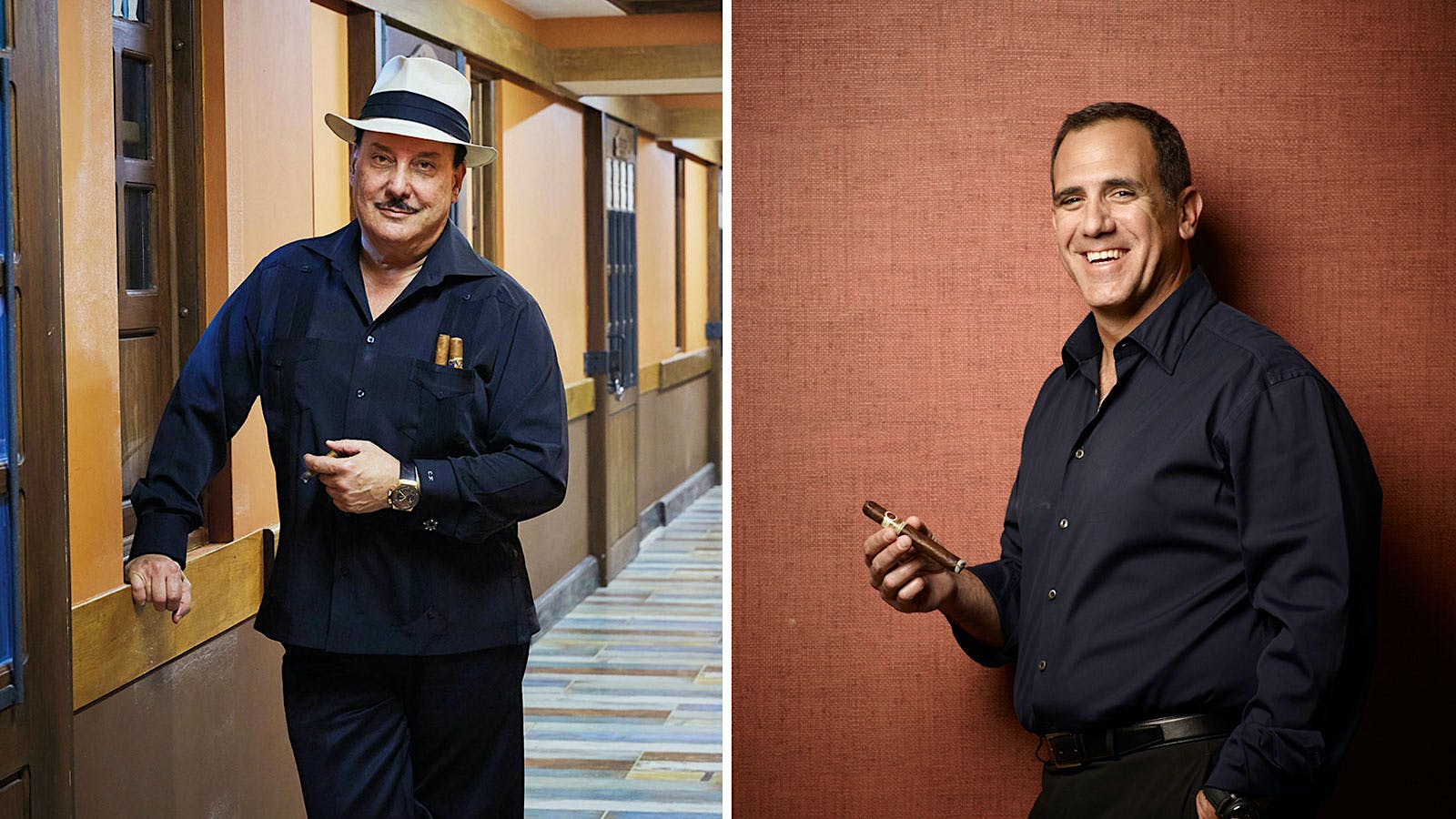 The collaboration brings together two of the cigar world’s most award-winning companies. Padrón has won Cigar of the Year a record three times, and Fuente has won twice. Each company has been awarded 90-point-score after 90-point-score by Cigar Aficionado, and the two routinely finish one-two in Cigar Insider’s annual retail poll of the hottest and best-selling cigar brands in America.

While Carlos Fuente Jr. and Jorge Padrón have become close friends, their fathers were actually rivals. “In the old days they were fierce competitors,” said Fuente Jr.

“It was good competition; there was a lot of respect there,” added Jorge.

Both men mentioned the similarities between their fathers. “Both Carlos and my father were very similar in many respects,” said Jorge. “They were both humble, salt of the earth…They earned the respect that they got, and they never forgot where they came from.”

“My father, he worked hard,” said Fuente Jr. “He worked for the family. He was the ox.”

Both Fuente and Padrón were scarce on the details of the upcoming cigar, and stressed that each man didn’t know what the other was doing, and had yet to smoke the cigar made by the other man. “Part of the deal is he has to trust me. And I have to trust him,” said Padrón. “I still have not smoked one of those cigars, and he has not smoked one of mine.”

“We didn’t want a small cigar, it has to have weight,” said Fuente Jr., adding that his goal in blending was to make a cigar that José Orlando would enjoy, and he suggested that it wouldn’t be terribly strong. “My goal was to make something really balanced…Not aggressive, something that gets better and better.”

Padrón agreed, saying he was thinking the same way: “A cigar you can enjoy from the beginning to the very end, and when you finish it, you want to light up another one.”

The two men smiled often during the video call, reflecting on the lives led by their fathers, two hard-working men who created impressive companies that are now under the leadership of their sons. “They’re probably together now, having a Scotch and a cigar,” said Fuente Jr. with a smile.

The companies intend to release the cigars at the 2021 PCA trade show in Las Vegas, which is currently scheduled for July, 2021.