According to Espinosa, Fieri’s passion for cigars is as genuine as his love for the comfort food restaurants he profiles on his show, and the project has been in the works for about 18 months. 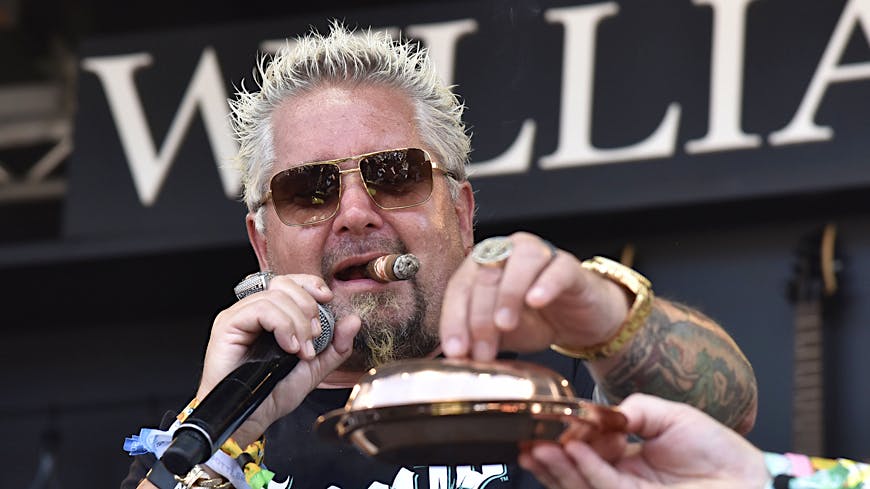 “Guy’s a cigar guy,” Espinosa says. “Loves to smoke and is super excited about this project. Just [the other] week, he took a break from shooting one of his television shows to join me as I visited several cigar shops throughout South Florida.”

Knuckle Sandwich comes in two types—Habano, with an Ecuador Havana wrapper, and Maduro, which is covered in Ecuador Sumatra. The rest of the tobacco is Nicaraguan. Both are made in the same three sizes: Corona Gorda R, measuring 5 5/8 inches by 46 ring gauge; Robusto J at 5 by 52 and a 6-by-54 Toro. All will be packaged in 20-count boxes. 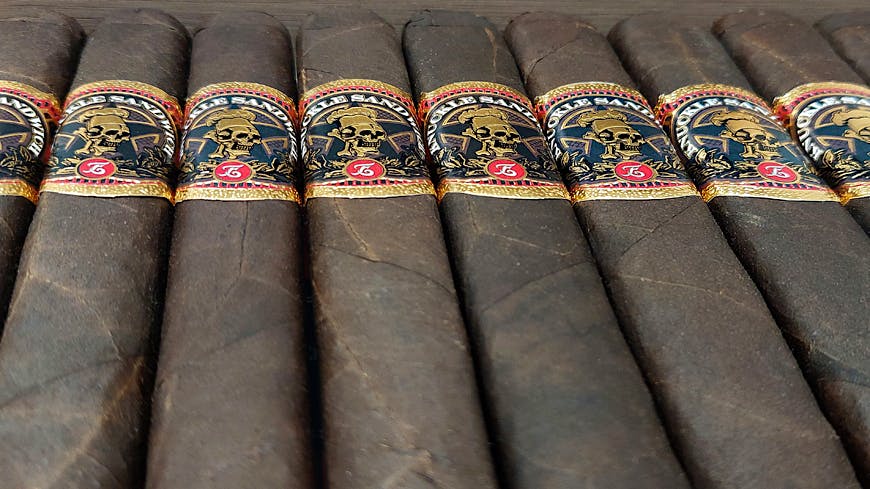 Espinosa Cigars, which is handling both sales and fulfillment of the new line, expects the smokes to start shipping in mid-March, but tells Cigar Aficionado that there will be a sneak preview during the South Beach Food & Wine Festival at the end of February.