Tim Ozgener, owner of Ozgener Family Cigars, has shifted production of his debut Bosphorus cigar brand to Ernesto Perez-Carrillo’s Tabacalera La Alianza S.A. factory in the Dominican Republic. The cigars were originally made in Nicaragua, at Tabacalera Pichardo, and have been on sale since August. They were Ozgener’s first cigar blend in about 12 years, marking his return to the cigar business.

“When I wanted to get back into the business with a cigar that was part of my family heritage, it was always my intent to have Ernesto Perez-Carrillo making the cigars,” says Ozgener.

Perez-Carrillo is a member of the Cigar Aficionado Hall of Fame, a man who has made cigars for more than 50 years. His many accolades include winning Cigar of the Year two times, most recently for his E.P. Carrillo Pledge Prequel, Cigar Aficionado’s No. 1 cigar of 2020.

Ozgener called Perez-Carrillo “one of the top artists in cigarmaking. He understands the nuance and can convey it through a cigar.”

Back in the less prosperous days of the cigar industry, prior to the 1990s, Perez-Carrillo and Cano Ozgener used to barter. Ozgener was known for his pipes, particularly the ornately carved meerschaum. “I used to trade cigars for meerschaum pipes,” says Perez-Carrillo. “I always had such an admiration for the family and the father. It was a great friendship.” 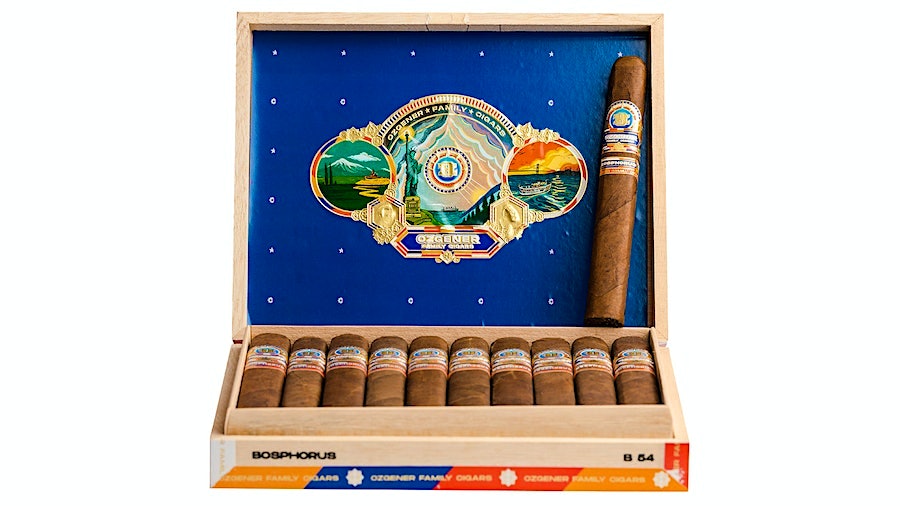 Tim Ozgener said this was a long time in the making, with discussions starting “about a year ago.” While the blend of the cigar remains the same on paper—Ecuador wrapper; two binder leaves, one from Ecuador and the other from Nicaragua and an entirely Nicaraguan filler—Perez-Carrillo is a tinkerer by nature. He’s made small changes. The wrapper is from the same country, but it’s a different leaf varietal. The original was made with an Ecuador Sumatra wrapper, while the new version is being rolled with Habana 2000 from Ecuador.

“There’s going to be a subtle change to the blend,” says Ozgener. “We felt we could actually try to tweak and improve the blend.” Ozgener called it medium to full in body.

The first shipments of the cigars made by Perez-Carrillo will be arriving in the middle of the month, perhaps the end.

This is just the beginning of what is planned to be several cigar releases from the two companies. “We’re already working on some other cigar blends with him,” says Ozgener.