The cigar business has been booming since the early days of the pandemic. Demand has been particularly strong for cigars that have been highly rated, and few cigarmakers have had the recent accolades of Ernesto Perez-Carrillo, the man who makes the 2020 Cigar of the Year as well as the 2018 Cigar of the Year.

Keeping up with the demand for those high-profile smokes has been difficult, a task exacerbated by staffing and equipment shortages. But Perez-Carrillo has recently gained ground on his demand, and has been able to add considerable manpower to his Dominican cigar factory. That means more E.P. Carrillo cigars, and a considerable cut to his backorders.

“We came off this pandemic terribly, we really didn’t have enough production at the start of the year,” says Perez-Carrillo. He began the year with 28 pairs of cigarmakers—56 rollers and bunchers—but now he’s increased that to 42 pairs, or 84 cigarmakers. That 50 percent increase in cigarmakers has allowed him to reduce his back orders by 75 percent, going from 400,000 to 100,000. 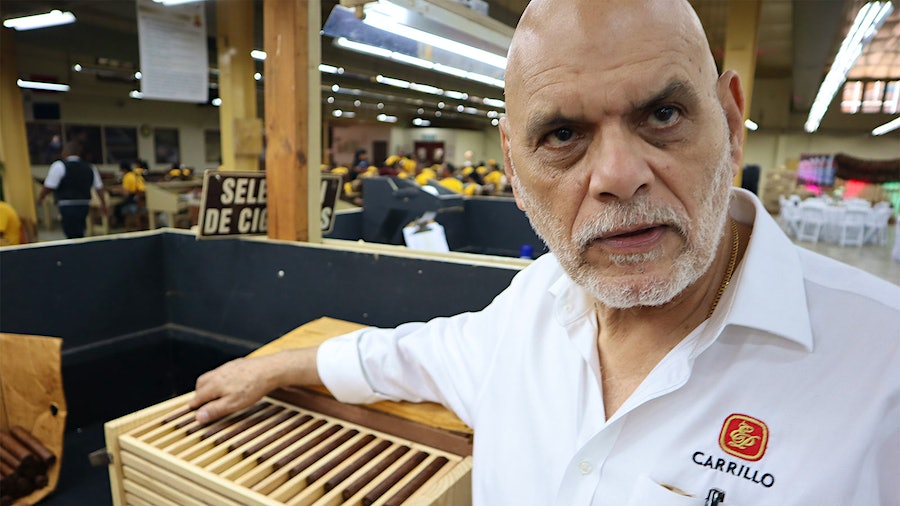 Despite the increase in personnel, he wants more. “Our goal is to see if we can get to 50, 55 pairs,” Perez-Carrillo says.

This change has returned his cigarmaking staffing to about the level he had back before the pandemic. “At one time, we had about 46 pairs,” he recalls, “then we started losing people.” During Covid, he had to reduce staffing, working with limitations on manpower and spacing due to the pandemic. Then, when he needed more people, they were hard to find. “We were trying to catch up,” he says. “It’s still difficult to hire, not only cigarmakers but workers in general.”

When labor was really short, he started working some Saturdays and Sundays, paying his people overtime to make a dent in those heady backorders.

This newly added production has allowed Perez-Carrillo to begin making cigars for others as well; he recently added Tim Ozgener of Ozgener Family Cigars as a client.