Share
Skip Martin (left) of RoMa Craft Tobac sorts through some tobacco with industry veteran Ernesto Perez-Carrillo at his La Alianza factory in the Dominican Republic.

One of the cigar world’s most decorated veterans, Ernesto Perez-Carrillo, and the man behind some of the industry’s hotter boutique brands, Skip Martin of RoMa Craft Tobac, are working together on a new cigar.

It’s a long-term project, and the cigar isn’t expected until next year. And while the younger member of the team isn’t necessarily fond of the term “collaboration,” the two men are doing just that, sharing knowledge, working together and—from the sound of it—enjoying each other’s company.

It’s “the old bull and the young bull working together,” said Martin, who makes such cigar brands as Neanderthal and CroMagnon. Said Perez-Carrillo, a two-time winner of Cigar Aficionado’s Cigar of the Year, and a member of the magazine’s Hall of Fame: “I’m no longer a young guy, now it’s time to start passing things on.”

The new smoke will have the somewhat unwieldy name of Quinquagenario, Italian for quinquagenarian, a person in their 50s. Perez-Carrillo passed that milestone a few decades ago (he is 70, and has worked for more than 50 years in the cigar industry), and Martin will be turning 50 next July. The cigars are slated to measure 5 inches long by 50 ring gauge and come 24 to the box. Production will be limited to only 50,000 smokes. 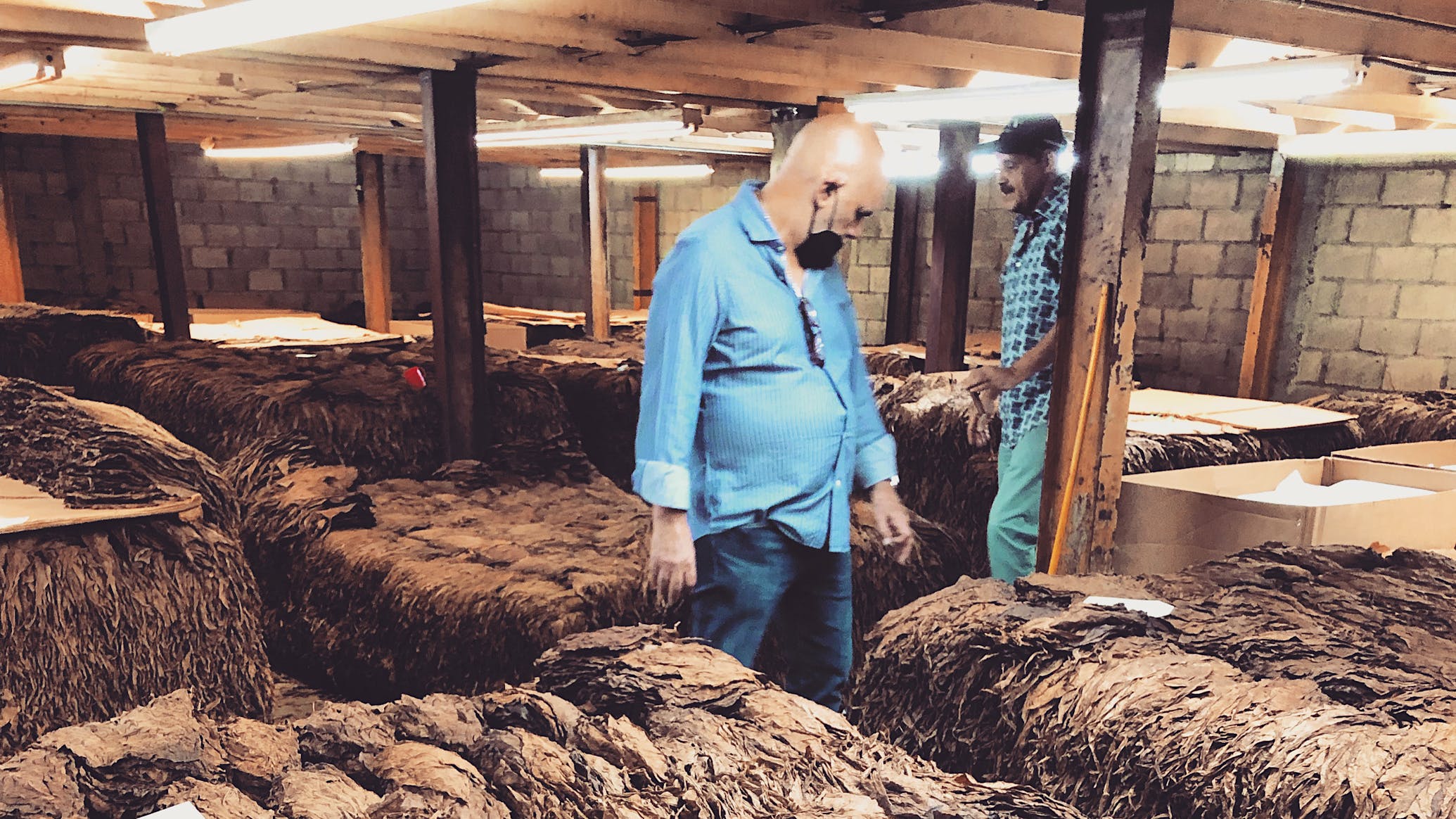 Long before Martin joined the cigar business, he was a fan of Perez-Carrillo’s cigars. “I would walk into Ernesto’s little factory [where he made La Gloria Cubanas] and barrage him with questions, I would come the next day. His mom had to remind him to be nice to me,” said Martin with a laugh.

The kernel of this plan dates back around two years, when the two men met up in Germany at the Intertabac trade show and started talking. “I reached out to him and said ‘I’m turning 50. If you want to give me a gift, here’s what I’m thinking.’ ”

The two men shared praise for one another as they sat together in the Dominican Republic. “Skip has so much passion, like I do, and he really wants to learn about Dominican tobacco and tobacco in general. To me, it’s an honor,” said Perez-Carrillo. “I think, long term, it’s going to be a very good thing for both of us. We can definitely learn from each other.”

Along with working for such a talent, Martin was interested in getting more familiar with the tobaccos in the Dominican Republic, where Perez-Carrillo rolls his cigars. RoMa Craft makes its cigars in Nicaragua. “I got familiar with the tobaccos of Nicaragua,” said Martin. “We use 25-something different types of tobaccos…I don’t have a lot of exposure to Dominican fillers and tobaccos, other than as a consumer. What I wanted was this opportunity, while [Ernesto] was still trucking at 1,000 miles per hour, I wanted to have him pass something down to me…to engage in some kind of deeper mentorship. And at the same time, have the whole experience be new to me again.”

Perez-Carrillo spoke about the importance of mentorship, of passing on information. “What we have to do is start sharing more. It’s a small industry. In a lot of ways he’s like me, never satisfied with the blend.”