Share
Encore is the first blend from EPC Cigar Co. to be made solely from Nicaraguan tobaccos.

The Encore cigar line from EPC Cigar Co. is finally coming to cigar stores. First shown at the International Premium Cigar & Pipe Retailers trade show in 2016, the cigars were put on hold when brand owner Ernesto Perez-Carrillo realized that the wrapper leaf needed a lot more fermentation than he originally estimated. Last week, he previewed Encore at the ProCigar festival during a factory tour of his La Alianza facility.

Encore is the first blend from EPC Cigar Co. to be made solely from Nicaraguan tobaccos.

“I really fell in love with the Jalapa wrapper,” Perez-Carrillo told Cigar Aficionado during the tour, referring to wrapper leaf grown in the northern part of Nicaragua. “I got it from Plasencia in 2015. I tried blending it with different tobaccos, but it just didn’t work. Nicaraguan tobacco was the most natural combination in the end.” 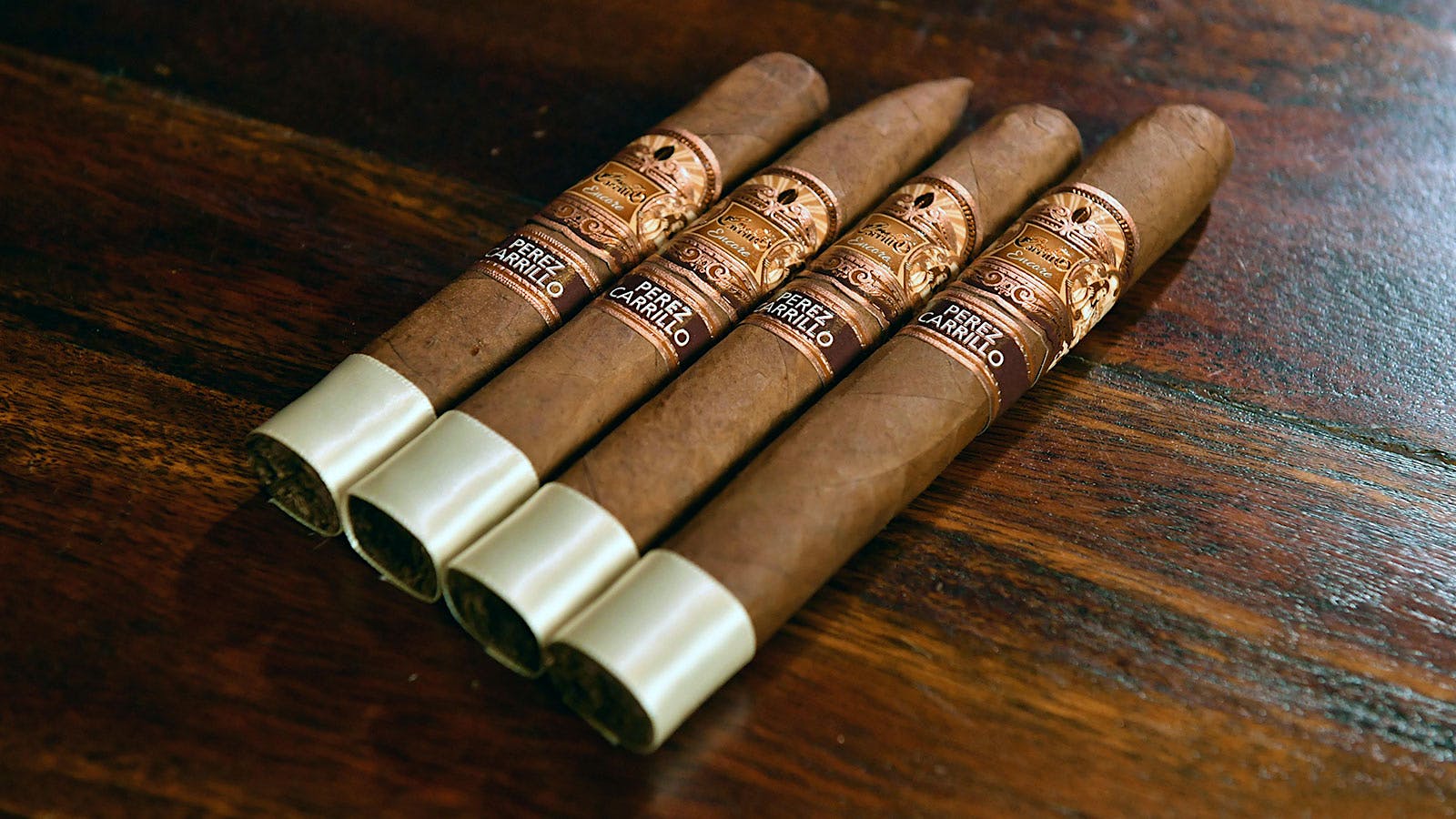 Encore is set to come in four, box-pressed sizes.

The filler tobaccos are from Nicaragua’s three primary growing regions—Estelí, Condega and Jalapa—while the binder is from Estelí, known for producing Nicaragua’s most powerful tobaccos.

“We made some samples for the 2016 IPCPR trade show, but it really wasn’t the right time,” Perez-Carrillo said. “Now, it’s ready.”

The Encore will be officially released on March 15.