Originally planned for release last November, El Pulpo cigars should be heading to retailers by the middle of February. It’s the newest brand from Artesano del Tobacco, the small cigar company owned by Fakih brothers Billy and Gus, who are former retailers now known for their Viva La Vida line. They said they decided to hold back the launch on account of the high number of new cigar releases during the fourth quarter.

Made in Nicaragua by A.J. Fernandez, El Pulpo is intended to be a bold cigar with its dark, Mexican San Andrés maduro wrapper and Nicaraguan blend. The cigars come in three box-pressed sizes: Robusto Grande, measuring 5 inches by 56 ring gauge, the 6-by-56 Toro Grande and Belicoso Grande at 5 3/4 by 58. Retailing for $15, $16 and $17, respectively, all three sizes are packaged in 10-count boxes. 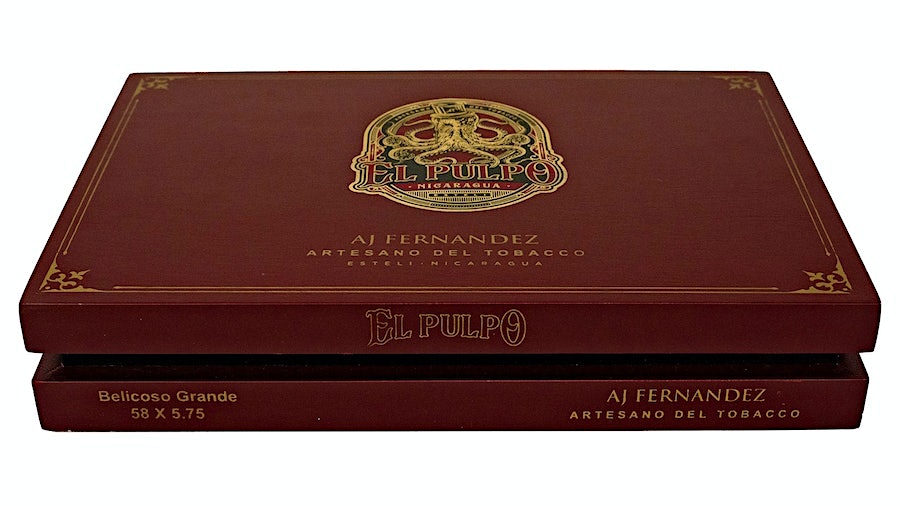 When Cigar Aficionado first reported on the El Pulpo project, we sat down with the Fakihs at a cigar shop in New York City that they previously owned. During that interview, Billy explained the meaning behind the name El Pulpo, which means “the octopus” in Spanish: “When it gets its tentacles around its prey, the octopus won’t ever let go. The smoke of this cigar will completely surround your palate like an octopus. And it won’t let go.”

It should be noted that El Pulpo is not simply the original Viva La Vida blend with a Mexican wrapper, but an entirely different cigar altogether. For a vertical brand tasting on the El Pulpo line, see a future issue of Cigar Insider.

Read Next: La Gloria Cubana Serie R Maduro Goes Gargantuan With The No. 8

Tres Delincuentes, the newest cigar brand from Swiss company Cavalier Genéve,  will be on display at …