Perfectos are interesting, curious smokes, tapered at both ends, and much harder to roll in cigar factories when compared to straight-sided cigars. Some perfectos gradually swell in the middle while others stay straight and then abruptly tuck in at the foot. For smokers, they also can require a bit of patience, as perfectos take some time to get going and burn past the taper. The shape can sometimes intimidate newer smokers as well, but this isn’t a cigar to be afraid of. When made properly, perfectos represent the very height of the craft, combining the elegance of an older era with the diversity of today’s tobaccos and creativity of modern blenders.

Here are a few that stand out in our book. 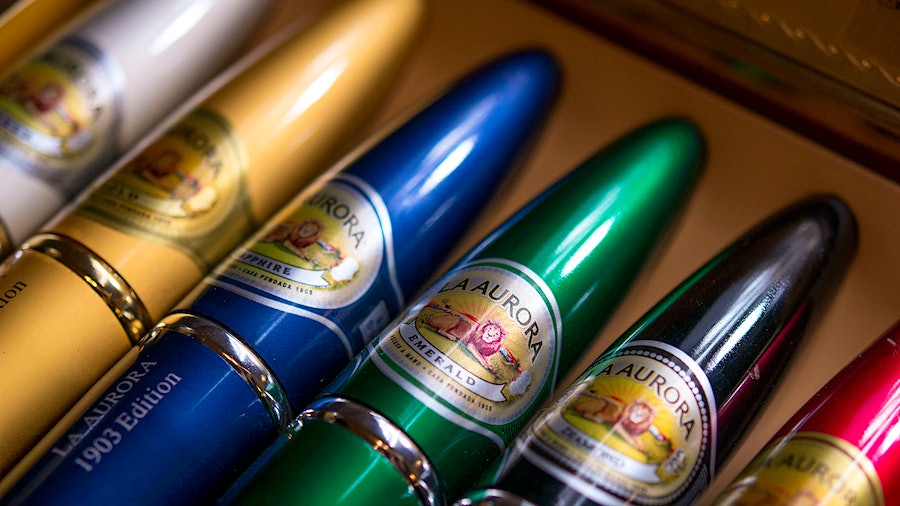 This blimp-shaped beauty has the look of old-school perfectos, the kind you saw puffed by Mark Twain or Baby Face Finster. That’s because this was a shape first rolled in 1903, when La Aurora was founded. The shapes were brought back in the 1990s when Guillermo León, current owner, joined the cigar end of the family business. Today, they come in a host of wrapper varieties and often in tubes. Emerald has an Ecuadoran wrapper, Gold a Dominican wrapper, Diamond is broadleaf. Each size is a throwback to days gone by.

The Undercrown Sun Grown Flying Pig is a zaftig smoke whose 60 ring gauge looks even more plump due to its short (just shy of four inches) length. This is a cigar that’s artfully crafted by Drew Estate in Nicaragua, with a tight, tight coil on the head and a tapered foot. Combining leaves from Ecuador (the wrapper), Connecticut (the binder) and Nicaragua (the filler) these are stronger, zippy cigars with tons of flavor. And the name can’t be beat. View the full tasting note.

A Classic Shape From Arturo Fuente

If you love smoking perfectos, tip your hat to Arturo Fuente’s Hemingway series of cigars, which was singularly responsible for reviving the perfecto shape in the United States back in the 1980s. The entire Hemingway line is a tribute to perfectos, as every size from the four-inch Short Story all the way up to the nine-inch Masterpiece is tapered up top with a dramatic nipple foot at the bottom. There are so many great Hemingways from which to choose, but consider the slim lines and trustworthy flavor of the Classic. It’s seven inches long with a relatively thin 46 ring gauge, making it very easy to hold and to puff. The toasty, woody flavors and hint of cashew will keep you coming back. Read more about this cigar.

Oliva’s Cigar Of The Year

The Oliva Serie V Melanio Figurado made history when it was named Cigar of the Year for 2014. Not only was it the first Oliva to hit No. 1, it was the first perfecto. While the cigar is called Figurado, it meets the perfecto parameters, as it has a tapered head and a tapered foot, and it’s box-pressed as well for an added element of geometric intrigue. (Remember, all perfectos are figurados, but not all figurados are perfectos.) The cigar remains arguably Oliva’s best smoke, one named after the first member of the Oliva family to ever grow tobacco. Click for the full review.

The birthplace of premium cigars rolled plenty of perfectos decades ago, but today the practice is rare. One of the newer Regional Edition Cuban cigars is made in just that shape. The Ramon Allones Perfecto, which first went on sale in Mexico in May 2021, measures 6 1/4 inches by 47 ring gauge. It’s called a Taco in Cuban cigar factories, and is sporadically found within the Habanos portfolio of sizes. The Regional cigar comes in 10-count boxes and sells for around $220 per box of 10. Only 6,000 boxes were produced and some are still available.

But wait, you’re saying, Padrón doesn’t make a perfecto. Ah, you’re forgetting one of the company’s rarest smokes, the Padrón Serie 1926 80 Years, usually called the Padrón 80th. The smoke—the only perfecto sold by Padrón—made its public debut at Cigar Aficionado’s Big Smoke Las Vegas seminars, and went on to be named Cigar Aficionado’s No. 2 cigar of 2008. It’s a considered a double-figurado, as the cigar is symmetrically tapered on both sides. Like most cigars in the 1926 line, it’s also box pressed, giving this cigar a contrasting appearance of contours and angles. See the full tasting note.

Back in 1996, Cuba did something quite unusual for the time—it released a new cigar brand. Even stranger, the brand was made entirely of perfectos. The original Cuabas were never world-class smokes, but this later addition to the line, the Cuaba Salomon, always seems to do well in our taste tests. With its belicoso head and gradually tapered foot, it’s floral, woody, nutty and quite big. This isn’t the kind of cigar you smoke in an hour, but one you dedicate serious time to transforming into ash. Click here for the full review. 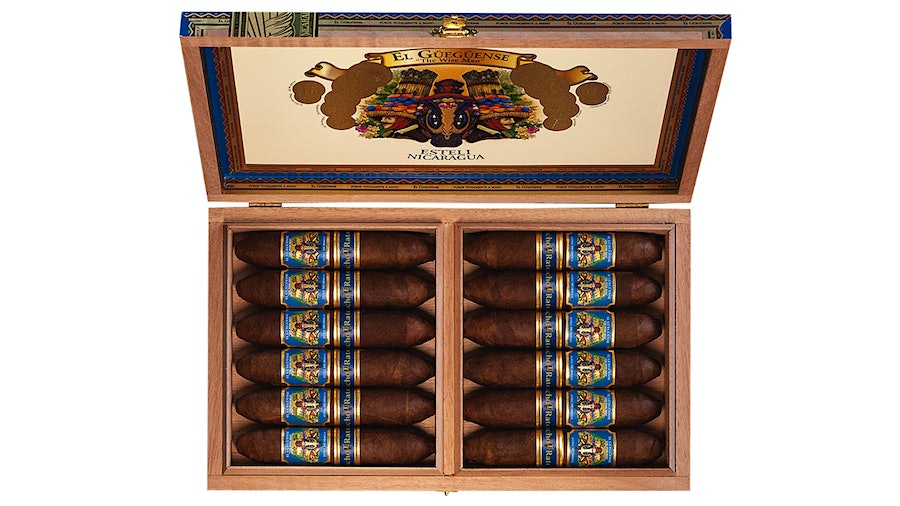 A Wise Shape From Melillo

Nick Melillo, the man behind the Wise Man and other cigar brands, is the heart and soul of Foundation Cigar Co. One of his newest releases is a considerably plump perfecto called The Wise Man Maduro Macho Raton. It’s short (only 4 3/4 inches long) and very fat (a 60 ring gauge), and made with a Mexican San Andrés wrapper and a mix of binder and filler tobaccos from Nicaragua. The cigars are made at Aganorsa Leaf in Estelí, Nicaragua, and are coming out later this summer. Read more here.