When E.P. Carrillo previewed its Allegiance line at the PCA trade show in July, the blend and box were finalized, but the samples only had makeshift white bands. Now, the artwork is near completion and Cigar Aficionado offers this first look at the brilliant new design.

Similar to the pattern and motif found on the E.P. Carrillo Pledge and Encore brands (both of which were Cigars of the Year), the Allegiance bands have a green color scheme and secondary band denoting the Allegiance line. According to Lissette Perez-Carrillo of E.P. Carrillo Cigars, this was done for better brand continuity across the portfolio.

“The green came to mind because of its association with nature and particularly tobacco leaves,” Perez-Carrillo says. “We even tried to get the green as close as we could to the tone of tobacco leaves in the fields.” 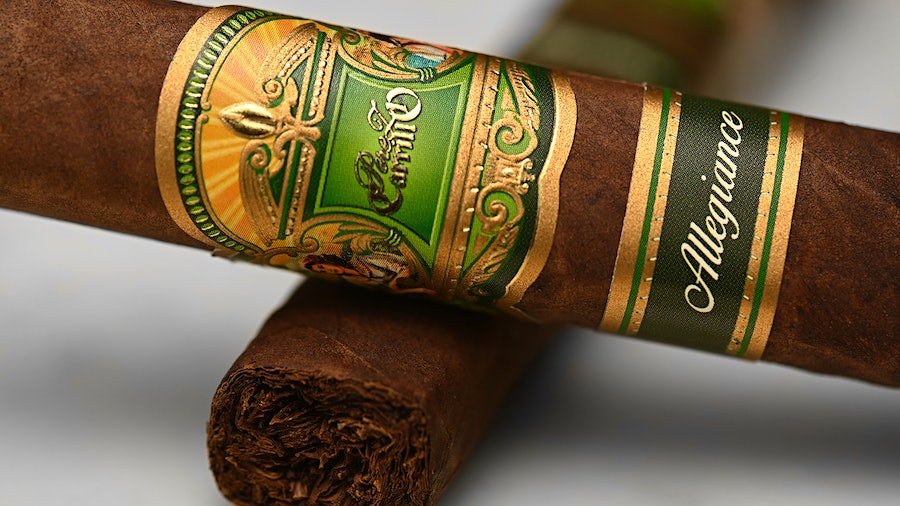 Unlike Pledge and Encore, which are produced in the Dominican Republic at Ernesto Perez-Carrillo’s La Alianza factory, Allegiance is made in Nicaragua by Oliva Cigar Co. It’s an all-Nicaraguan blend, save for the Sumatra-seed wrapper, and comes in four sizes: Sidekick (robusto), Confidant (toro), Wingman (double corona) and a hefty cigar with a 58 ring gauge called Chaperone.

“These names are those individuals who have your back, a reference to the meaning behind Allegiance,” Perez-Carrillo tells Cigar Aficionado.

The new cigars will have suggested retail prices from $12 to $14 and will be made in limited quantities each year, though these cigars are not limited editions, which are discontinued after the production run. Retailers can expect to see them in October.

For a rating on the new Allegiance, see a future issue of Cigar Insider.

Read Next: An Earnest 50 Years