Like the 20 Acre Farm brand last year, the Nica Rustica Adobes were first sent to 10,000 smokers around the country as a trio of un-banded mystery cigars in anticipation of the live-stream unveiling.

Adobe was made in tribute to the people of Estelí, Nicaragua, where the La Gran Fabrica Drew Estate factory is located, and the packaging is inspired by the colorful homes of Estelí’s residents. The artwork is by Subculture Studios’ Richard “Dog” Diaz, and incorporates the town’s emblem, “El Brujito,” a petroglyph of a native shaman carved approximately 6,000 years ago on a mountain near Estelí.

The cigars are rolled with a Ecuador Habano wrapper, a Brazilian binder and Nicaraguan fillers from the Estelí and Jalapa regions. According to the company, Nica Rustica Adobe is medium-to-full in body. 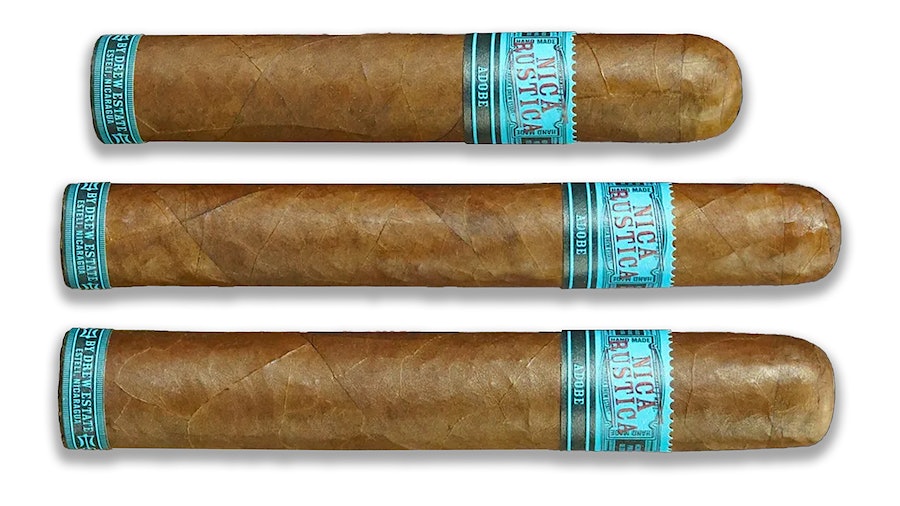 Though not scheduled for shipping until August, Nica Rustica Adobe will also be previewed during a two-day Drew Estate event at The Humidour Cigar Shoppe in Cockeysville, Maryland starting on May 19.

Nica Rustica debuted in 2013 as a single-sized release with a rustic, closed foot and pigtail cap. More sizes followed, but value was always as central to the cigar’s theme as rusticity. Unlike the Nica Rustica core line, Adobes do not have closed feet or pigtail caps.