You can get great steak, Italian and other worldly cuisines in the Dominican Republic, but whenever we visit we also indulge in traditional Dominican fare.

Mangú
You’ll see mangú (pronounced main-goo) on just about every breakfast menu in the Dominican Republic. We’ll admit—the beige, lumpy pile is not a looker, but this is a filling breakfast we’ve grown to love. Mangú is made from mashed, green plantains topped with vinegary red onions and is typically served with eggs. It’s an ideal way to prepare for a day of smoking cigars. 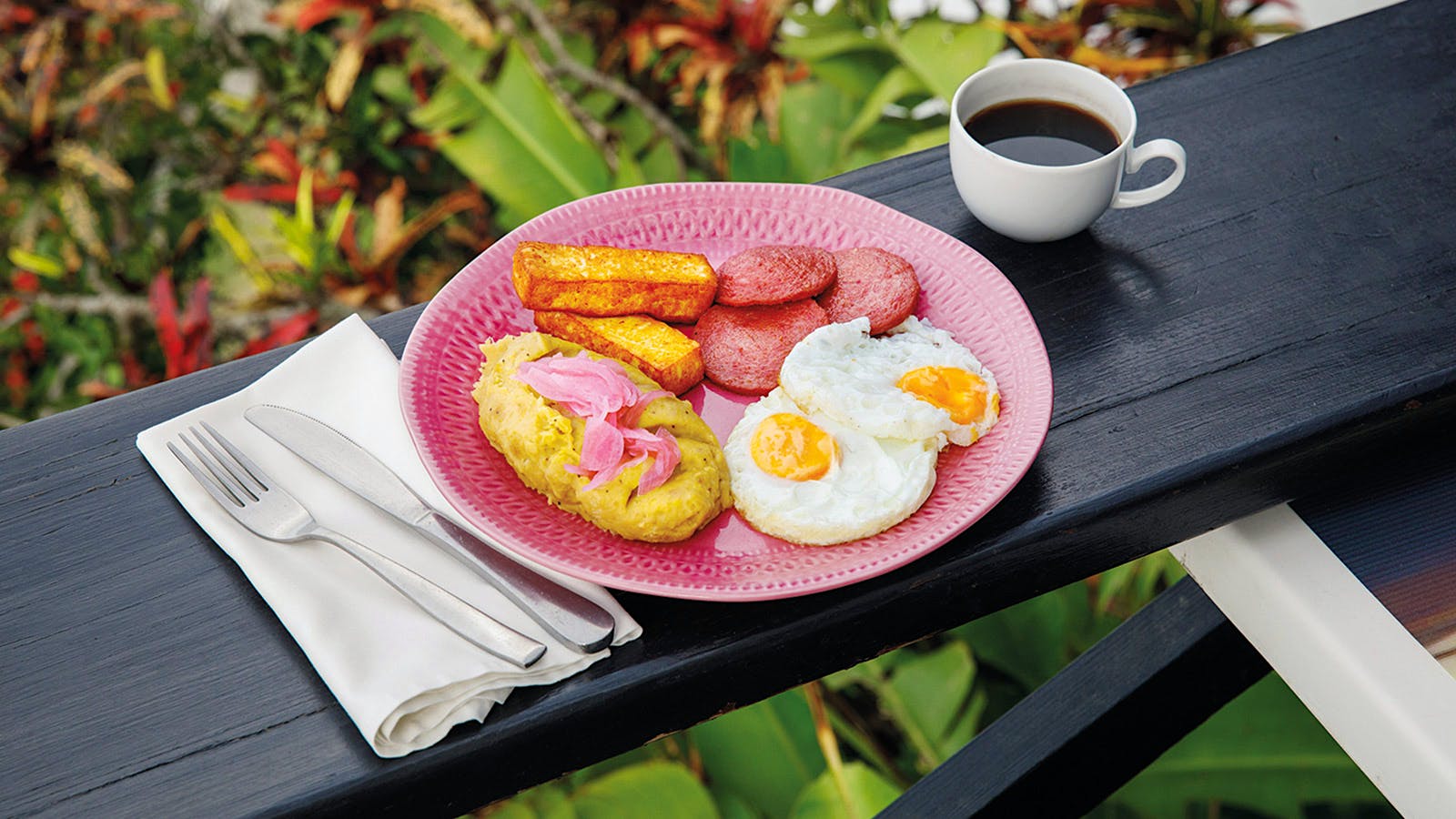 Sancocho
It’s earthy, it’s elemental and it’s one of those dishes at the core of Dominican cuisine. Sancocho is a hearty stew made from a variety of meats that can include pork, beef, sausage and chicken. It’s cooked slowly to tenderize the proteins and to fortify the heavy, brownish broth with meaty richness. You’ll also find large pieces of yucca, and it’s served with rice.

Roast Pig
While many have had pork chops and bacon, the pig-eating experience changes drastically once you’ve had the whole hog—namely the flavor goes up by many degrees. In the Dominican Republic, the pig is cooked for hours until chunks and shreds of meat fall off the bone. But it doesn’t end there. The porcine joy of a pig roast comes from getting a piece with the crispy, salty skin, called chicharrones, guaranteeing each bite will be equal parts crunchy skin, luscious meat and unctuous fat.

Mofongo
This mash of plantains is studded with chunks of fried pork rind and ridiculously tantalizing amounts of garlic. This is the type of dish you eat later in the day, ideally al fresco with an icy cold beer and a good Dominican cigar. 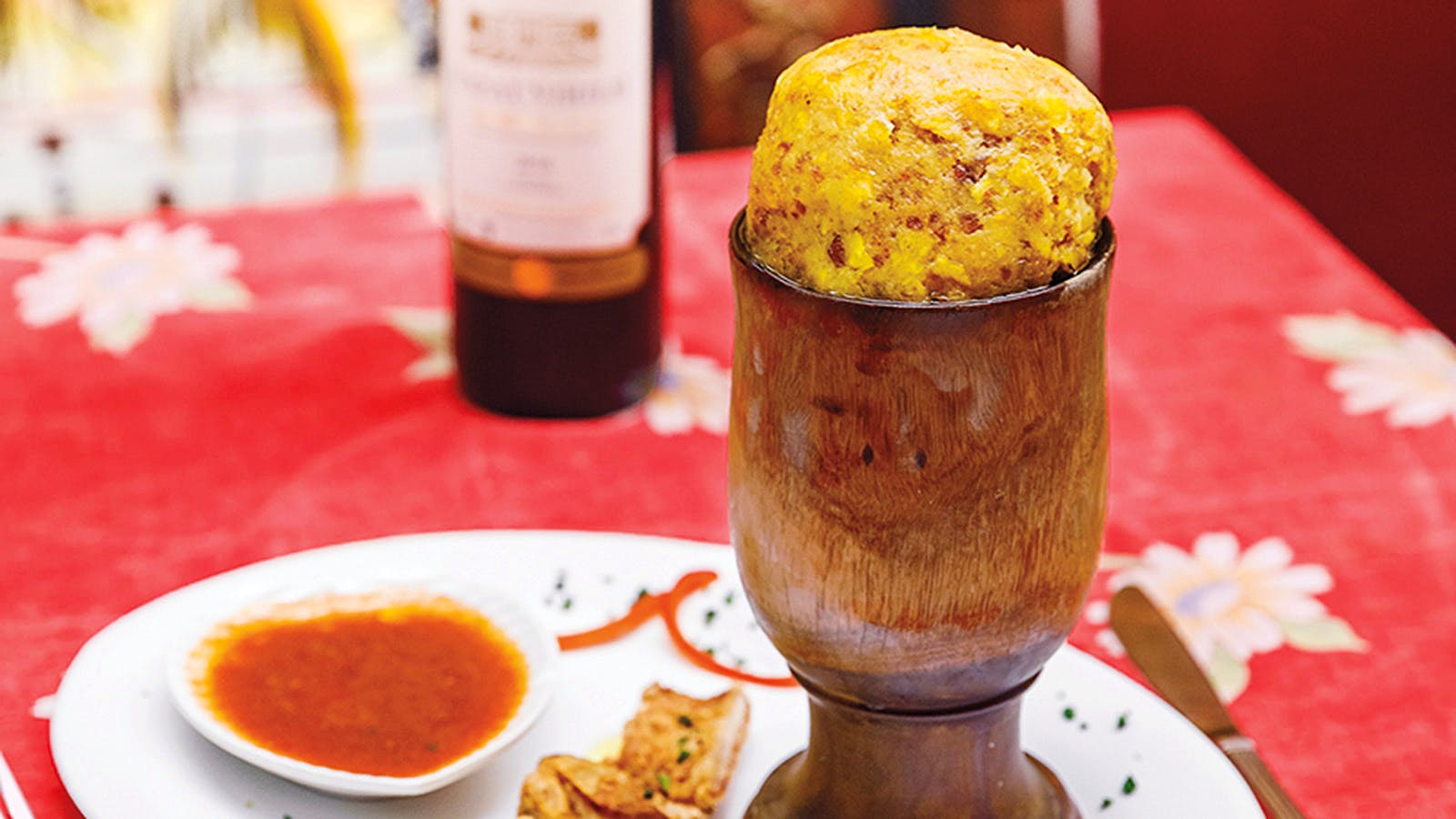 Chivo
In Spanish, it means goat. And when you ask for chivo in the Dominican Republic, it normally comes braised in a tomato-based stock to meaty, fall-off-the-bone effect. It’s made with the animal’s fattier cuts to ensure it stays tender throughout the long cooking process. The result is something not as gamey as lamb, not as safe as beef and probably one of the tastiest braised meats you’ll ever have. 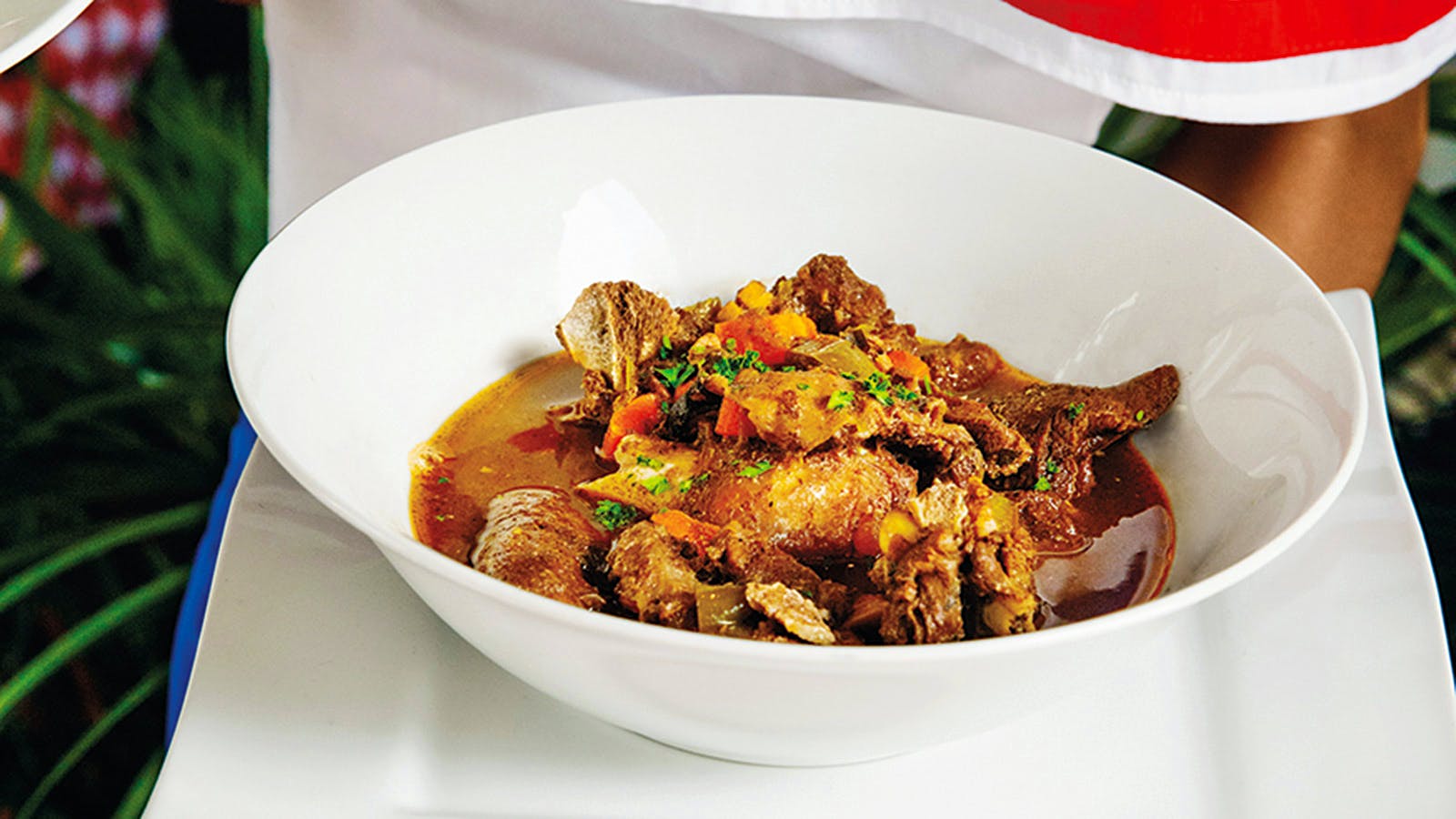 Vestida de Novia
Nothing refreshes like an ice-cold beer on a hot day, and when you’re in the Dominican Republic your beer of choice should be Presidente. This easy sipping pilsner is ubiquitous in the country, and despite occasional power failures an exceptionally cold one is never far away. How cold? There’s a common expression in the Dominican Republic for a Presidente with a thin layer of frost—vestida de novia, slang for “the dress of the bride.” A sip on a hot day and you may wish to propose. 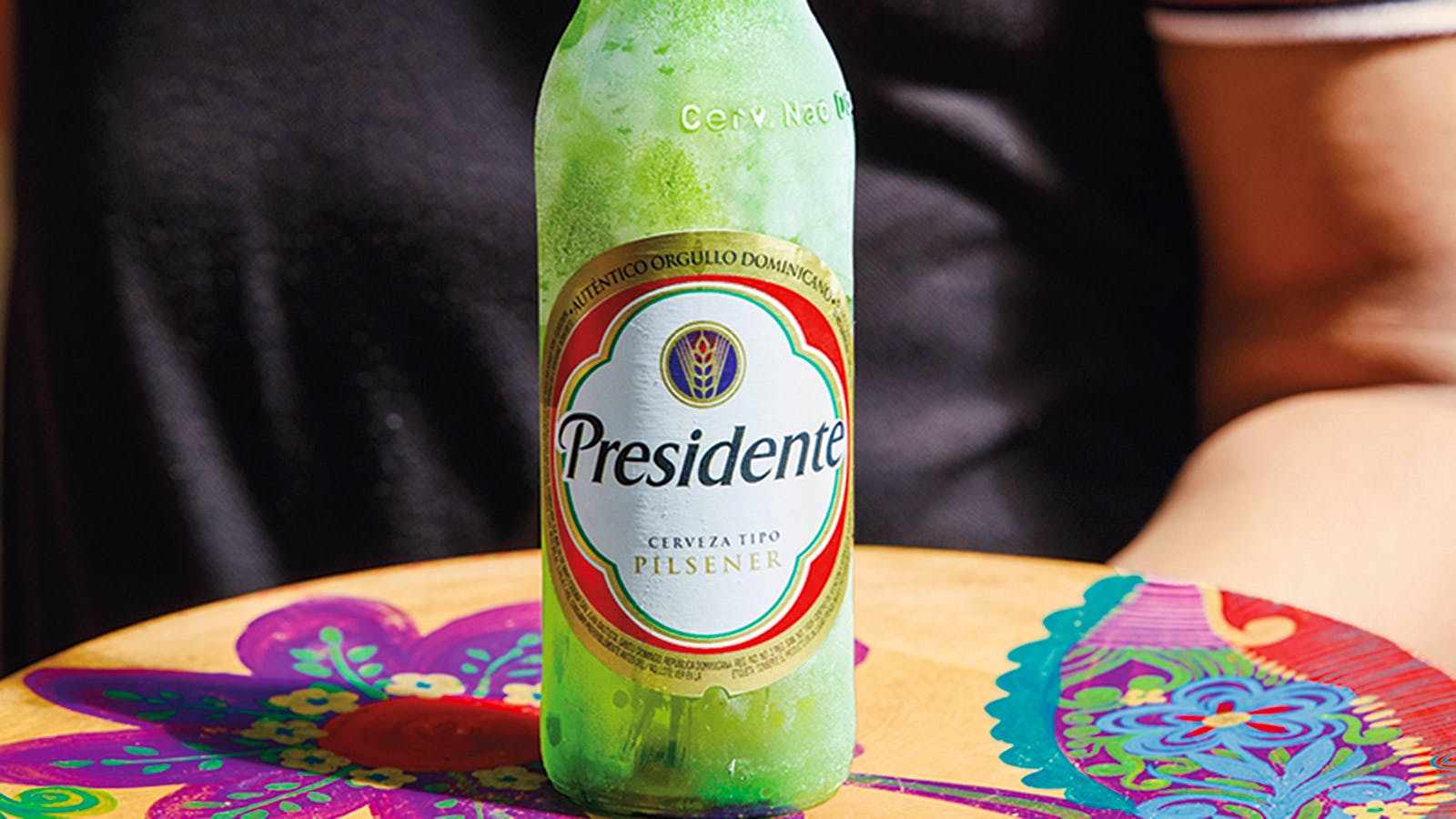 The Three Bs of Rum: Barceló, Bermudez & Brugal
Ron means rum in the Dominican Republic, and this rum-producing country has three major brands: Barceló, Bermudez and Brugal. When sipping it neat it pays to go with the premium pours: Brugal 1888 Gran Reserva, Barceló Imperial and Ron Bermudez Aniversario.