José Orlando Padrón, the founder of the Padrón Cigar brand, died early this morning. The legendary cigarmaker, who had run Padrón Cigars Inc. for 53 years, was surrounded by his family. He was 91 years old.

“He died peacefully, he didn’t suffer,” said his son Jorge, who has worked alongside his father since he was a young man.

“He was a true icon,” said Marvin R. Shanken, editor and publisher of Cigar Aficionado magazine. “A much loved leader and devoted family man who was uncompromising in his passion for cigars.”

Born in 1926 in Consolación del Sur, in Pinar del Río, Cuba, José Orlando Padrón was raised on his family’s tobacco farm. “My grandmother had a little table in her house where she would make cigars for my grandfather, and for the entire family,” Padrón said during an interview with Cigar Aficionado in 2014. “Two things they were never without—wine and cigars. As a young boy, I saw that in my house. My grandfather every day would wake up, and every time I saw him he was looking at a cigar. Rolling it in his hand. Always touching tobacco.”

Padrón left Cuba in 1961 and after some time in Spain came to the United States later that same year. After trying various forms of work, in March 1964 he rented a tiny storefront on West Flagler Street in Miami and applied for the permits to start a cigar factory. On September 8, 1964, Padrón Cigars was open for business. He had one cigar roller.

Those early smokes were quite modest, and Padrón sold his wares for 25 cents apiece, targeting the many cafeterias in Miami where Cuban expatriates like him smoked a cigar (or a few) after a meal. Sales began to increase when he introduced a fuma, a longer, more rustic cigar made with an extended pigtail tip.

In 1967, Padrón imported his first crop of Nicaraguan tobacco, a move that would change his company forever. 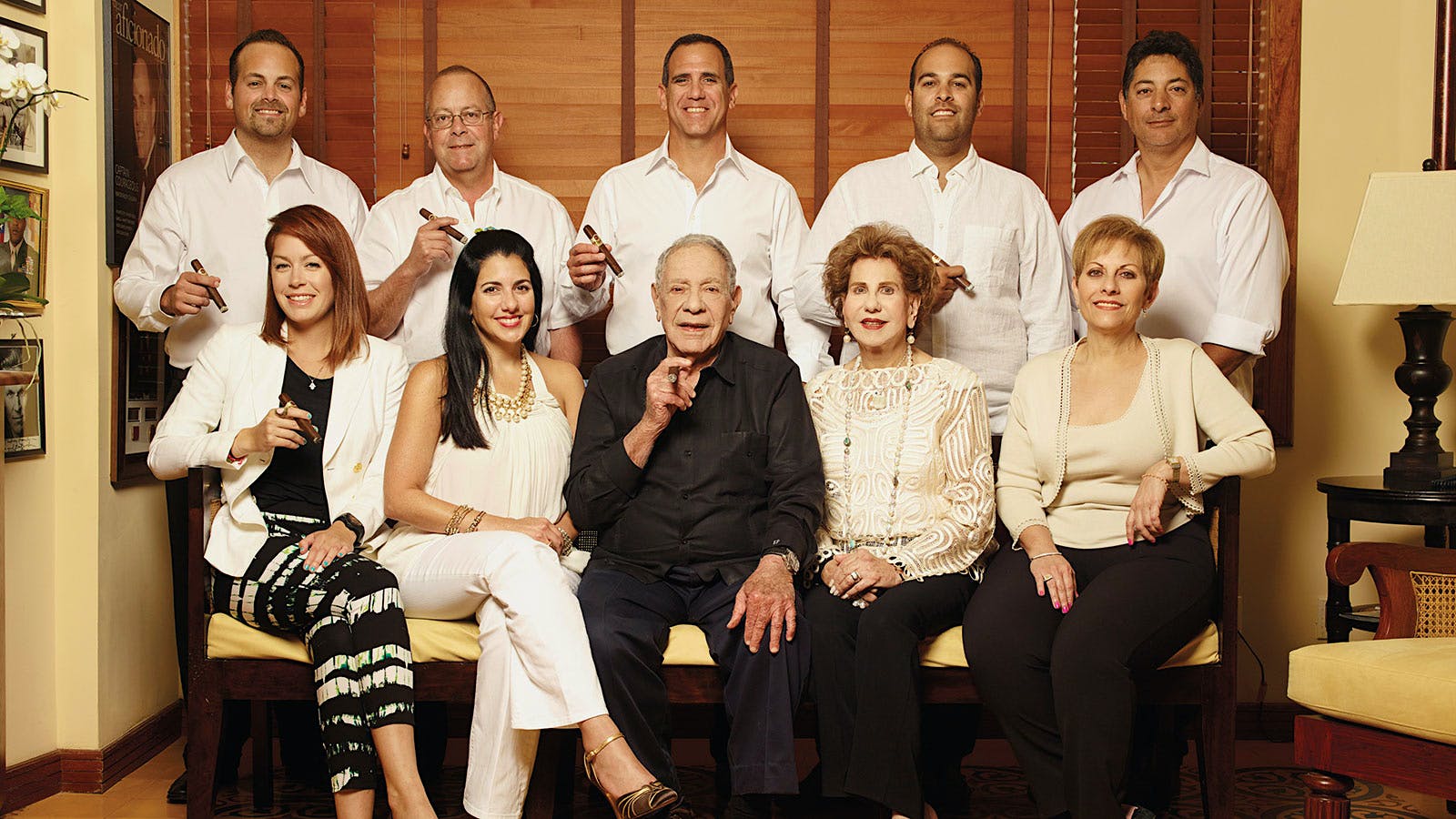 Padrón Cigars evolved over time, changing from a small company that made inexpensive smokes for the local Miami market to a storied producer of cigars whose wares were smoked around the world. Premium line extensions began with the 1964 Anniversary Series in 1994, then the Serie 1926, named for Padrón’s birth year, and later the Padrón Family Reserve.

In 2012, José Orlando Padrón was inducted into the Cigar Aficionado Hall of Fame.

He did more than just make cigars. In the 1970s Padrón traveled to Cuba, at one point meeting face-to-face with then Cuban leader Fidel Castro to negotiate the release of many political prisoners. The trips were successful, resulting in the freedom of many prisoners, but resulted in complaints, protests and even attacks on his headquarters back in Miami. He felt the results were worth the trouble.

“He was so much more than just a cigar guy,” said Jorge.

On the occasion of his company’s 50th anniversary in 2014, Cigar Aficionado asked Padrón how he would like to be remembered during a meeting in his company headquarters in Miami.

“As someone who has helped others,” he said in his signature gruff baritone, a burning Padrón cigar held in his right hand. “What I've had I've shared with other people, with my family.”

A celebration of Padrón’s life will be held on Friday, December 8, from 6 to 10 p.m. at the Biltmore Hotel, 1200 Anastasia Ave. in Coral Gables, Florida.